SO2, NOx levels go unreported in the public domain

The current levels of pollutants in a vast majority of coal-based thermal power stations go unreported in the public domain despite the announcement of new emission norms.

Emission norms for particulate matter (PM), sulphur dioxide (SO2), oxides of nitrogen (NOx), specific water consumption and mercury were introduced by the Union Ministry of Environment, Forest and Climate Change (MoEF&CC) in December 2015 and have to be met by power stations before 2022.

An analysis by Delhi-based non-profit, Centre for Science and Environment, has revealed that data on particulate matter was unavailable in thermal power stations of 70,045-megawatt capacity. Similarly, no information is available on the current SO2 and NOx levels of power stations in the public domain.

Power stations are required to put out the following in the public domain, according to experts:

However, these documents and information are available online only in a miniscule number of cases. Only a handful of mostly private companies — Adani, CLP India and Tata Power — have reasonable amount of environmental data published on their websites.

Tata Power publishes comprehensive records of all three documents mentioned above, on their website, which is not done by the rest of the plants. 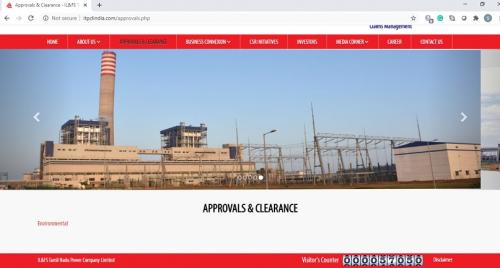 The Damodar Valley Power Corp and state power station websites are even worse. None publish any sustainability report. They hesitate to even put out the environment statements they submit to the pollution control boards, online.

Navigation and access to these reports are also difficult. For instance, NTPC, the largest power company of India, does not have a dedicated page to list the Environment Clearance compliance-related documents.

Even NTPC’s sustainability reports are not easily navigable on their portal. A user navigates to an empty blank page via the portal. However, by using a web search engine like Google and specific key words, one can land on to the right pages. 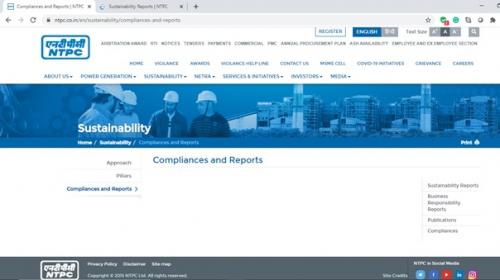 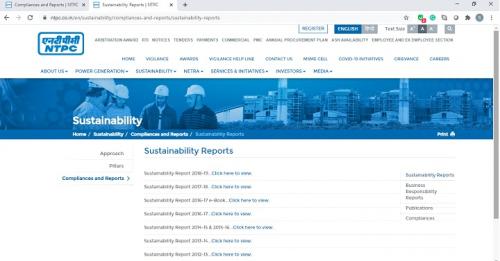 This raises questions on the authenticity of pollution control done by these stations. An industry expert who doesn’t want to be named, said:

If data is put out, it can create debates. Any common person can question the industry in the courts. Hence, we generally refrain from making the data public

Reservations about sharing environmental data are against the desire to create cleaner cities. These crucial data help air quality experts to design mitigation measures and serve as alarms for residents in the area, thus improving the quality and health of a citizen’s life.

In the digital age, crucial pollutant information from industries, particularly thermal power stations, stands hidden and accessible only by regulators, despite sufficient facilities to share the same on a minute-by-minute basis.

Today, more than 400 continuous emission monitoring devices exist in utility / large coal-based thermal power stations alone. These systems measure pollutants such as PM, SO2 and NOx, temperature of the flue gas, its velocity or flow rate, water vapour content, carbon monoxide and carbon dioxide content in flue gas, every five seconds to fifteen minutes, depending on their design.

Companies are also required to measure pollutant levels manually every quarter and submit them to their respective pollution control board and upload the information onto their websites for public well-being.

A set of these pollution monitoring equipment costs around Rs 2.5-3.5 million to install. Such systems often require annual maintenance of roughly Rs 0.3-0.5 million per set.

Hundreds of crores have been already spent on the construction of these systems in coal-based thermal power stations. A power station also spends millions annually into manually measuring pollutant levels, all of which goes unreported.