While global eradication of toxic lead in petrol needs to be celebrated, this also reminds us how tough it is to undo wrong if the evidence of harm is ignored 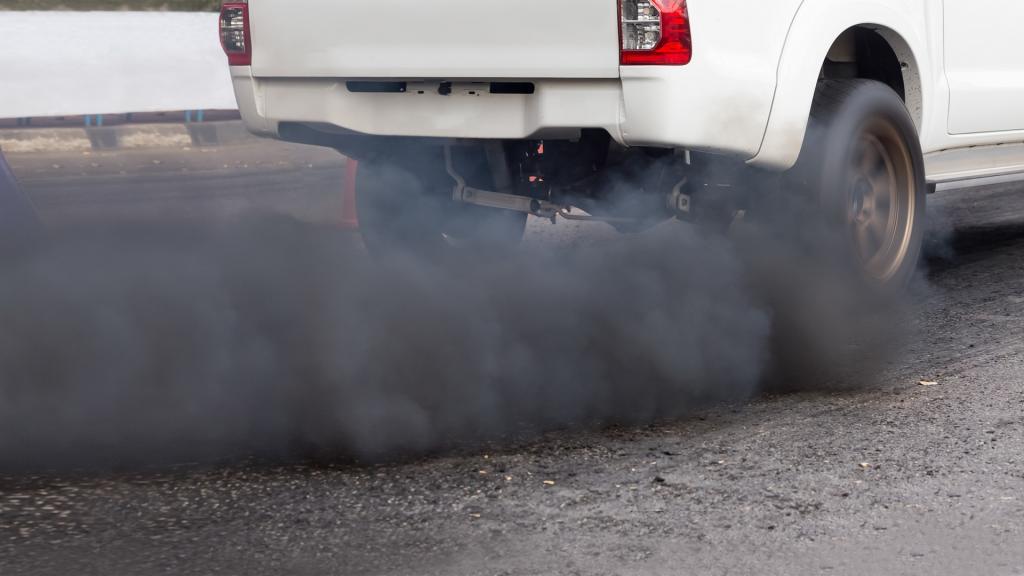 This gradual but silent change has gone nearly unnoticed though this has been one of the most consistent, persuasive and aggressive global campaigns to fight the poison to protect public health, especially the brain health of children.

This celebratory win was announced formally by the United Nations Programme on Environment (UNEP) at a press event August 30, 2021.

On this occasion, Antonio Guterres, UN secretary-general and Inger Andersen, executive director, UNEP, highlighted the importance of “unified global efforts” to protect public health. Andersen also underscored the work of the global community guided by science. The campaign was led and supported by the UNEP and its Partnership for Clean Fuels and Vehicles (PCFV) in accomplishing the global objective.

It has taken 100 years to stop the use of leaded fuel finally. The practice of adding tetraethyl lead to petrol had spread widely to all countries soon after its anti-knock and octane-boosting properties were discovered. This deadly neurotoxin has already done a great deal of harm since then.

While all countries have followed different timelines for the lead phaseout, developing countries, especially those in Africa and a few in Asia have taken the longest time.

In fact, the last vestige was Alegria that until last month was producing leaded fuel. Now, with Algeria finally stopping this, it has been possible to completely eliminate leaded automotive fuels worldwide.

When PCFV was created in 2002, a global target for elimination of leaded petrol was set. At that time, 117 countries were still using leaded petrol.

What contributed to this success is the setting of clear objectives agreed by all partners representing major target groups, adoption of a voluntary approach and early attention given to high level political commitment such as the Dakar Declaration for sub-Saharan Africa. Simultaneously, we have also supported activities in countries, regional harmonisation and global multi-level processes.

A sub-regional agreement was reached to phase out leaded gasoline by January 1, 2006. As many as 25 sub-Saharan African countries and other target groups had also agreed to accelerate implementation to completely phase out leaded petrol in all countries. But it has not been easy. There were several barriers including misinformation around the use of unleaded petrol to challenges of addressing refinery processes and the associated costs. 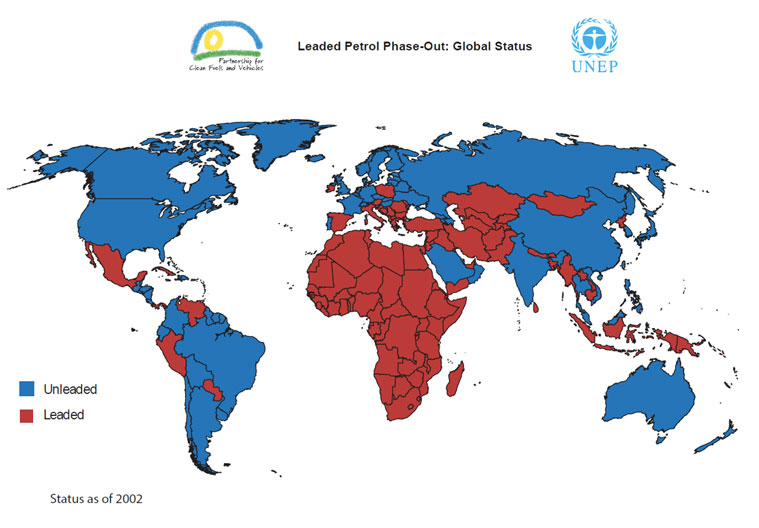 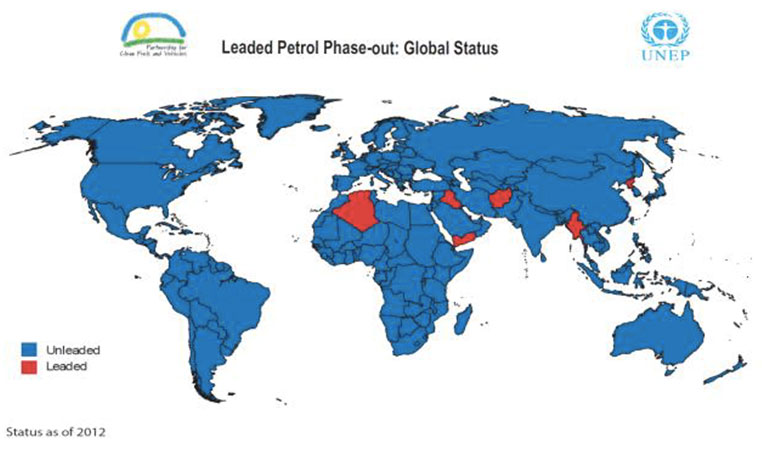 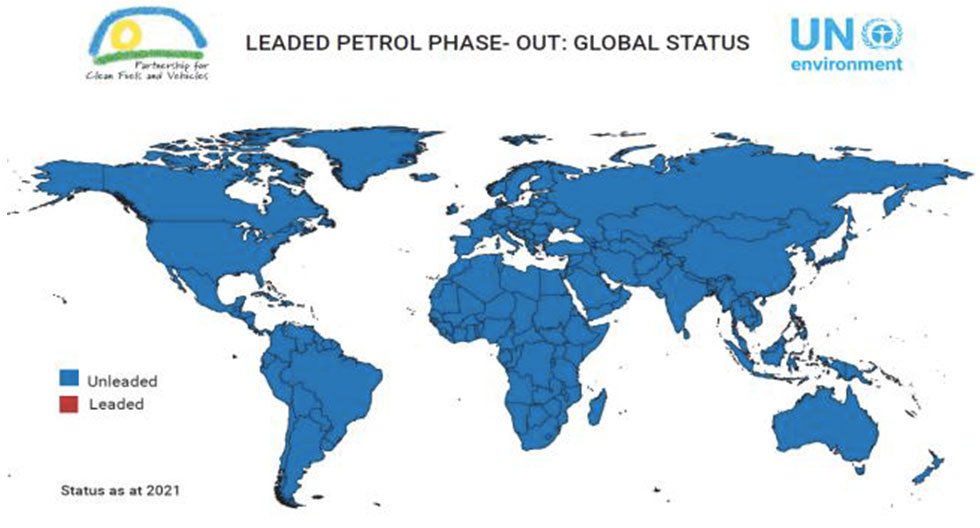 Why this matters so much?

Health at stake: Fumes from petrol vehicles using leaded petrol has been a significant source of lead exposures. According to the World Health Organization (WHO), lead is toxic, affects multiple body systems and is particularly harmful to young children.

It affects the brain, liver, kidneys and bones. Lead is measured in blood to understand exposure. Lead in bone is released into blood during pregnancy and becomes a source of exposure to the developing foetus.

More recent research has indicated that lead can damage the infant brain even at blood levels as low as 5 microunit per decilitre (μ/dl). A Duke University study of 2019 cited by UNEP in the meeting states that the higher a person’s blood lead levels at age 11, the more likely they are to show signs of mental illness and difficult personality traits by age of 38. In fact, lead exposure in childhood has long-lasting effects on mental health and personality in adulthood, according to a study of people who grew up in the era of leaded gasoline. 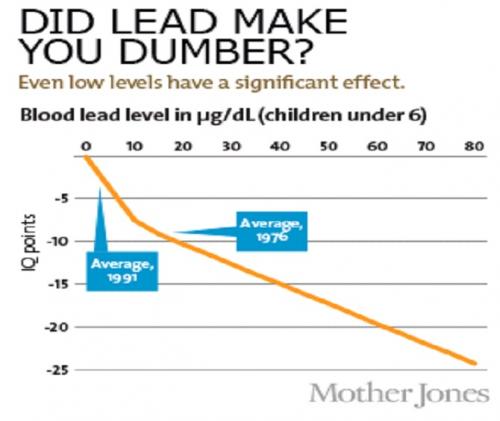 In fact, the significance of this global win is borne out by the WHO’s position that there is no safe level for lead exposure and yet, exposure to lead is preventable.

Harms vehicle technology: Yet another compelling reason for removing lead from petrol is its damaging impact on the emissions control systems of vehicles. Evidence has mounted to show that lead in petrol damages the catalytic converters.

Michael Walsh, one of the original partners of PCFV and a former head of Motor Vehicle Division of USEPA, who also anchored the UNEP event August 30, told Down To Earth:

Following the 1970 Clean Air Act amendments in the United States, the catalytic converter emerged as the most effective technology for cleaning up emissions from car exhausts. Unfortunately, this technology was rapidly poisoned by lead. So the Environmental Protection Agency (EPA) began to regulate lead in gasoline and mandate the availability of lead-free gasoline.

Evidence has increasingly shown that children’s IQ and behaviour are greatly impaired by lead and that the largest source of children’s lead exposure is lead in gasoline.

The EPA adopted a health-based ambient air quality standard for lead to address these and other concerns in 1978. This triggered strong governmental action. Countries around the world started to ban lead in petrol, Walsh said.

India’s own tryst with leaded petrol

India was among those countries that took early action to phase out leaded petrol. The process of phase down that had started in 1994, got completed in 2000.

Unleaded and low-leaded petrol were also extended to all other state capitals and major cities. The final introduction of unleaded petrol in the entire country was mandated in April 2000.

This decision was also catalysed by the Supreme Court order that had directed introduction of unleaded petrol to enable adoption of catalytic converters in petrol cars.

India’s experience has also highlighted the importance of regulatory vigil on other harmful octane enhancers that could potentially replace lead in petrol.

In fact, after the lead phaseout, Indian refineries took voluntary steps to not to use MMT (Methylcyclopentadienyl manganese tricarbonyl), yet another dangerous neurotoxin which several developed countries have virtually banned by setting an exceptionally low permissible limit for its use.

There are still other sources of lead in the environment like the industrial processes or contamination of soil due to legacy emissions of lead that need to be addressed.

The world has lost 100 long years for not responding to science and evidence on time. This has imposed huge costs on society. This has made less capable countries more vulnerable to risks — which they found so difficult to undo.

“It is also a cautionary tale as it took us literally 100 years to address a public health issue that we should have been able to anticipate sooner. Certainly, 50 years ago in 1971, we had considerably more evidence regarding children’s health impacts. Also, the catalyst in vehicles was already emerging as the primary solution to cleaning up tailpipe emissions and was clearly precluded if leaded gasoline remained. An overarching conclusion is that we must apply the precautionary principle much more aggressively going forward,” Michael Walsh said.

There is a steep learning curve from this experience for future clean air action. This is relevant for similar and ongoing campaigns like reducing sulphur in fuels to enable application of advanced emissions control systems and to achieve much cleaner emissions worldwide.

Rob Jong said: “Some of the lessons from lead campaign can be useful. But each issue needs its own tailor-made approach to address diverse environment programs and campaigns. This requires careful weighing in.”

Even as the world celebrates this big win, this episode of leaded petrol in history is a lasting reminder of how tough it is to undo harm especially in poorer countries and how important it is to be precautionary.