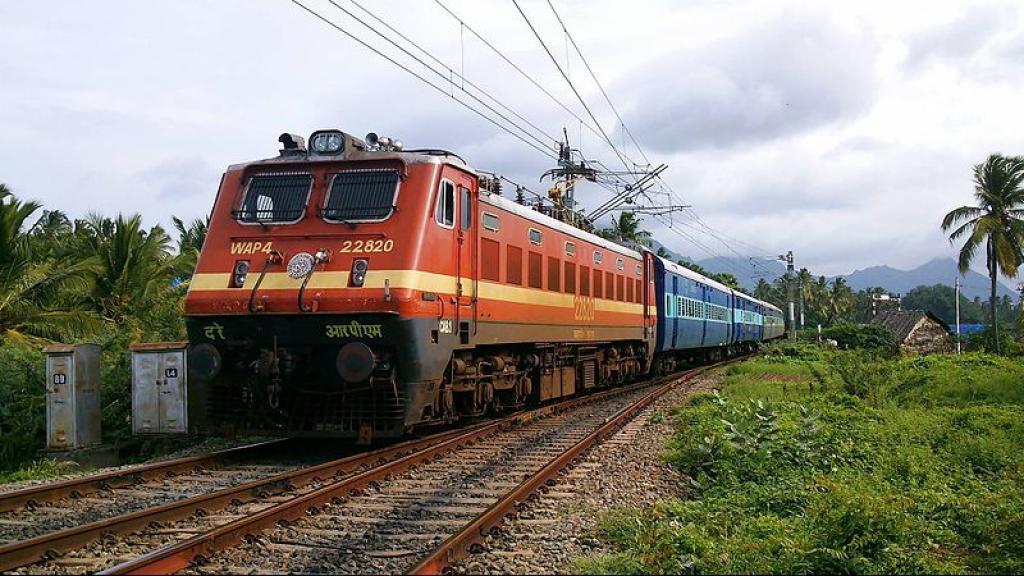 Indian Railways, the world’s fourth largest railway network in terms of size, is one of the largest electricity consumers in the country. It consumed approximately 18,410 million units (MU) for traction loads (trains) and 2,338 MU for non-traction loads (office, railway stations, etc) in 2020.

It spends nearly Rs 11,045 crore every year on electric energy bills, accounting for nearly 7 per cent of total operating expenses. It transports 24 million passengers every day — slightly less than Australia’s population — across the subcontinent on 13,000 trains covering approximately 67,956 kilometres.

Add another 3.3 million tonnes of freight per day — 1,200 million tonnes in 2020/21 — and the fuel requirements are massive. The Indian Railways, therefore, has a massive carbon footprint.

The national transporter used 115.45 lakh kilolitres of high-speed diesel between 2014-15 and 2018-19, according to the previous railway ministry. India’s transport sector contributes to 12 per cent of the country’s greenhouse gas emissions with the railways accounting for about 4 per cent of these emissions.

Indian Railways is taking a multi-pronged approach to go green and decarbonise — from increasing its sourcing of renewable energy (RE) to electrifying its traction network and reducing its energy consumption.

The body’s goal is to become a ‘net-zero’ carbon emitter by 2030. And it has ambitious plans to accomplish this goal.

The plan includes a significant goal of electrifying the entire network by December 2023. With complete electrification of Indian Railways targeted by financial year 2024, total traction requirement is expected to increase to around 3,400 MW.

It will be the world’s largest 100 per cent electrified rail transportation system by then. The second pillar consists of using solar power to meet its electricity needs, as well as having an environmentally friendly infrastructure and a microlevel cleanliness drive.

A total of 42,354 route kilometre has been electrified, as of January 2021. Due to its increased focus on electrification, the Indian Railways has witnessed significant reduction in its diesel consumption.

It plans to install 20 gigawatts (GW) of solar for both traction loads and non-traction loads. During the novel coronavirus disease (COVID-19) pandemic, the railways built a 1.7-MW solar power plant in Bina, Madhya Pradesh, in July 2020.

The project, established in collaboration with the state-owned Bharat Heavy Electricals Ltd (BHEL), is the first solar energy plant in the world to directly power railway overhead lines, from which locomotives draw traction power.

The Indian Railways is committed to using solar energy to meet its traction power needs and becoming a fully green mode of transportation. It has decided to build massive solar power plants on its vacant land.

The ministry has started up a 2.5-MW solar project in Diwana, Haryana, with state transmission unit connectivity. Work on a third pilot with a capacity of 50 MW has begun in Bhilai (Chhattisgarh).

The solar power will be wheeled to traction substations in Indian states other than Chhattisgarh, where the plant is located.

The 50 MW of power generated by the plant will be used to power trains. This plant will incur no interstate transmission fees.  A 16-kW solar power plant has been installed as platform shelter at the Sahibabad Railway Station by Central Electronics Limited.

This is a first-of-its-kind initiative in Indian Railways where a solar power plant has doubled as a shelter. This will reduce the combined cost of platforms shelter and rooftop solar plants and provide solar power to meet the non-traction demand.

The railways ministry has installed solar panels at over 960 stations and is using solar power to meet railway station energy needs. Bids have also been submitted for 198 MW solar power panels on the rooftops of 550 railway stations.

The ministry has included provisions for a Letter of Credit (LC) in the event of railway payment default, as well as a penalty for late payment in the model bidding document for solar power developers. This is to encourage the private sector to participate in the project.

Some challenges the Indian Railways faces in terms of solar plant proliferation:

The Indian Railways can implement operational steps toward last mile linkage to raise its ambition beyond the official target of 50 per cent freight share by 2030, up from its current share of 33 per cent.

By shifting freight to rail and optimising truck use, India can reduce logistics costs from 14-10 per cent of Gross Domestic Product and carbon dioxide emissions by 70 per cent by 2050 compared to a business-as-usual scenario. This was according to a recent study conducted for Niti Ayog by RMI India, which collaborates with government and industry leaders to create clean, resilient and equitable energy and mobility systems.