Planning to install rooftop solar panels? How about some grass beneath it 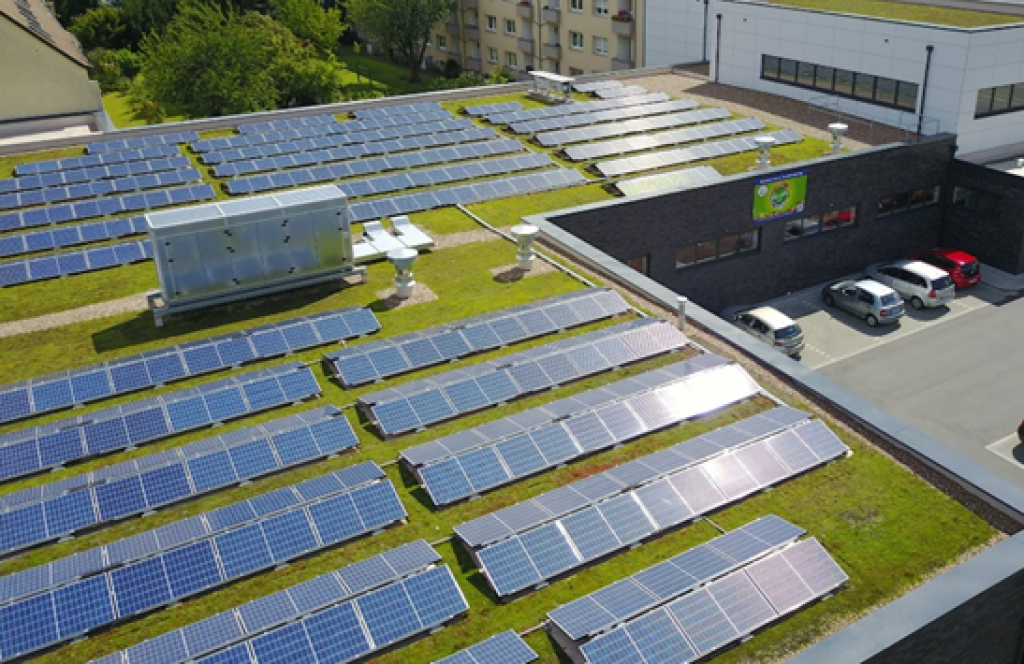 There is a perception that a roof can either be green — which has a layer of vegetation planted over a waterproofing system on top of a flat or slightly sloped roof — or have solar power, but not both.

This, however, is not the case. Integrating the two technologies is common in several countries.

Green roofs are a form of sustainable, low-impact green infrastructure (GI) development. Their integration into building structures may become a vital component in building resilient cities in a changing climate. GI involves incorporating aspects of nature into the built environment and provides environmental benefits (ecosystem services). These include:

The performance of photovoltaic modules depends on the temperature of modules and the surrounding ambient air temperature. The rule of thumb is: The warmer the module, the lower the performance.

In fact, modules heat up considerably as a result of solar radiation. This is impaired by a hot roof surface such as a bare waterproofing membrane or a gravel roof.

But solar modules can perform better if they are used on a green roof. The ambient air temperature becomes cooler due to the cooling effect of evaporation. As a result, photovoltaic cells perform better.

PV panels also increase the diversity of vegetation and fauna on the green roof, which can help provide shade.

The rainwater run-off can create damper areas in the front and drier areas behind. This creates a ‘habitat mosaic’— an area or site that comprises multiple habitat types and allows a wider variety of vegetation to flourish. It thereby attracts a wider range of butterflies, bees, beetles and other species.

A recent study by University of Technology, Sydney, examined two solar-clad roofs in Sydney — one did not have any vegetation underneath the panels and the other was replete with native grasses and plants. It found the panels on the green roof were, on average, 3.63 per cent more efficient and produced an average daily output 13 per cent greater than the conventional roof.

The roof also becomes more visually appealing and provides a park-like ambience. It slows down storm water flow by retaining up to 75 per cent of rainwater, thereby alleviating the pressure on storm water and drainage infrastructure.

The phenomenon can increase energy consumption as well as greenhouse gas emissions.

Sadly, architects all too often choose to separate the two technologies. But with pressure mounting to meet renewable energy targets and create resilient cities, green roofs with solar energy generation can be part of smart future for cities.