Delhi government has set up rooftop solar in its 150 schools; similar projects in Rajasthan and Haryana are yet to take off 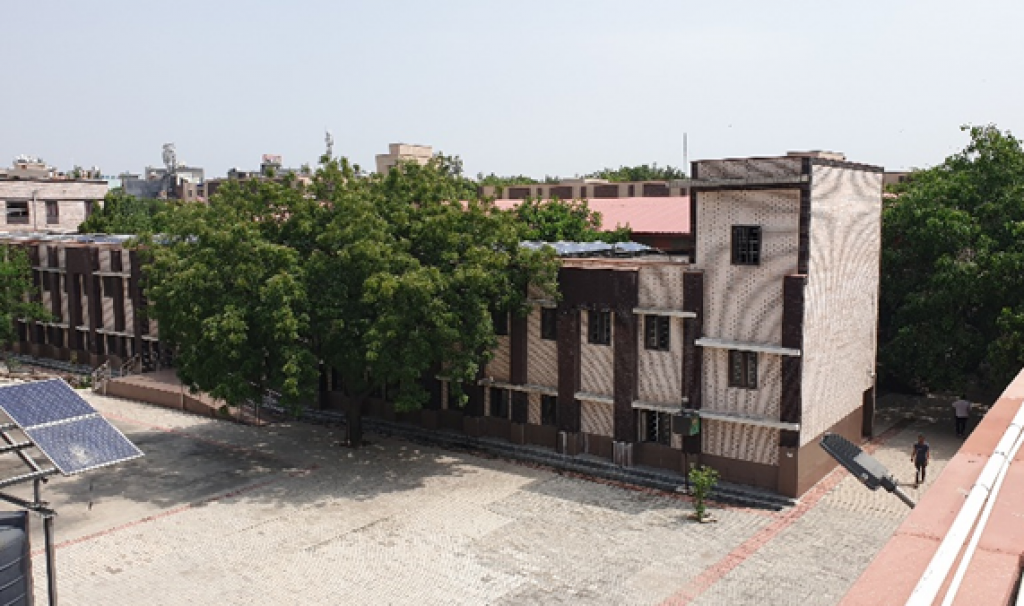 The Delhi government in 2020 set up rooftop solar projects in 150 school buildings under a central government scheme. The government aims to generate 2,000 megawatt (MW) of solar energy by 2025.

The developers of rooftop solar (RTS) were identified through competitive bidding in the capital. Zero-investment Renewable Energy Service Company (RESCO) model, which provides energy to consumers from renewable energy sources, was adopted for the project.

A quarter of the total project cost was borne by the central government upon completion. Schools in Delhi procure electricity at Rs 3.13 per kilowatt per hour from RESCO developers, which is 65 per cent cheaper than DISCOMS.

These schools can sell the electricity at Rs 5.65 / kWh to the DISCOMS (BSES or NDPL) for any surplus generation during non-working days.

Oakridge Energy Pvt Ltd, a RESCO developer for 15 such schools, said unlike other states clambering to identify government establishments for the project, the Delhi government floated a pre-approved bid that helped install solar rooftops in the middle of the novel coronavirus disease (COVID-19) pandemic.

It said it was “critically monitoring the assets and their daily generations remotely so that the developer and schools don’t lose any opportunity in revenue generation”.

The developers stated that the project can help save approximately 26,412 tonnes of carbon dioxide (CO2) annually by generating 21.5 MW capacity. Most of these schools have an unused shadow-free terrace ideal for RTS and meeting their daytime electrical loads. 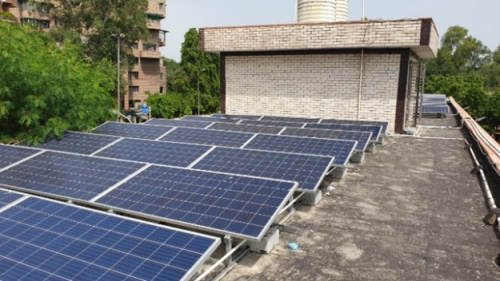 The amount saved on electricity bills can be utilised in activities related to education, developing infrastructure and generating awareness about renewable energy solutions.

The solar power systems, with integrated battery storage, can be funded either by the state government or the corporates, which may or may not be designated as obligated entities for complying with their renewable purchase obligation mandated under the regulations issued by the commission under the Electricity Act, 2003.

The above modes are initially for regions where the grid is not available and grid extension for DISCOMS is expensive. Once the grid reaches these schools, the existing RTS may be converted into a net-metering arrangement, in case the same is requested by the school.

The expenditure towards the above conversions is borne by the department concerned of the state government, according to the order.

The DISCOM is the nodal agency that coordinates, monitors and installs solar power system at identified locations in designated areas of supply. It is the agency’s responsibility to evolve an appropriate procedure in this regard, it added.

It would identify appropriate locations in coordination with the state governments. All entities involved would coordinate with the nodal agency, from the identification stage to the installation.

A senior official from Jaipur Vidyut Vitran Nigam Ltd,however, claimed they were informed by RERC about the order, but no significant steps have been taken in the direction so far.

Similarly, the Haryana government in 2018 had planned to install solar rooftop systems in government schools. However, the nodal agency — Department of New and Renewable Energy, Haryana — said the responsibility of the same was with the education department.

Centre for Science and Environment, a Delhi-based think tank, tried connecting with the DISCOMS and education department, but received no response.

A lack of clarity on who leads the programme have put schools in the grey.

The pandemic has taught us the importance of being prepared for the unexpected. Whether the students are in the classroom or the schools are serving as a quarantine facility, we need a reliable power supply to help our community.

The Delhi example has shown us that clarity in responsibilities and with support from the authorities, such programmes can be replicated in other states. This may help India reach its solar rooftop target of 40 GW by 2022.