Can treated faecal sludge reuse help improve sanitation in UP

More than half of India's urban population does not have access to the sewerage network and is dependent on Onsite Sanitation Systems (OSS) like septic tanks. The faecal sludge from these OSS needs to be regularly emptied and safely disposed such that it does not contaminate the environment.

This issue was largely ignored in India. However, with the National Faecal Sludge and Septage Management policy in 2017, this issue has gained traction, with a number of Faecal Sludge Treatment Plants (FSTP) being implemented across the country.

If we look at Uttar Pradesh, which is the most populated state in the country, the situation is no different. A State Septage Management Policy has been issued in 2019 and the state has decided to implement FSTPs across its districts. Two FSTPs are already operational in the state at Jhansi and Unnao.

However, one critical link in the Faecal Sludge and Septage Management (FSSM) value chain is the reuse of the by-products generated from the FSTPs, which include treated water as well as biosolids. The reuse of biosolids or manure in particular, has huge potential in agrarian states like Uttar Pradesh.

One such project in the pipeline, where the reuse component has been emphasised upon, is in Chunar, Uttar Pradesh. Delhi-based non-profit Centre for Science and Environment (CSE) is the knowledge partner to successfully implement this project.

The calculation in the table below shows the revenue generation potential of this by-product that can help in sustainability of the project:

At present, there are around 60 FSTPs of 32 kilo litres per day (KLD) being implemented in major cities in Uttar Pradesh through funding under the Atal Mission for Rejuvenation and Urban Transformation (AMRUT).

From these cities alone, there is a potential of ~13,200 tonnes / annum of compost generation with a potential for agriculture use and a revenue potential of Rs 4 crore/annum.

However, manure is not the only resource which can be recovered from excreta. The faecal sludge also contains organic carbon that can be used to generate energy in the form of heat or electricity because calorific value of faecal sludge is as high as many other commonly-used organic fuels.

CSE had organised a study visit for officials from Uttar Pradesh to this facility. This FSTP is unique since the dried faecal sludge from FSTP and organic municipal solid waste are co-composted to ensure improved final compost.

The municipal authority has dedicated farmer schools which educate and sensitise local farmers on various best practices. Through such initiatives, the urban local bodies have been able to sell compost directly to local farmers for US $0.20/kg, and have been able to generate high demand by the farmers for the compost due to its encouraging results. Source segregation and sourcing organic waste is a challenge for this project. 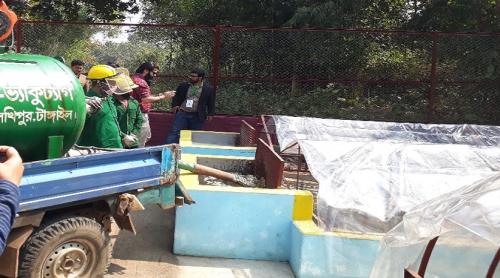 A vacuum tanker discharging at FSTP 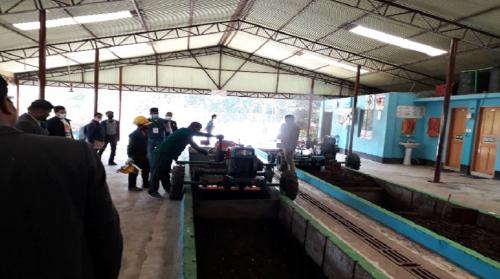 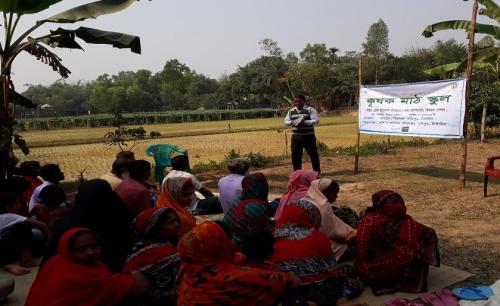 Farmer’s school organised by the government 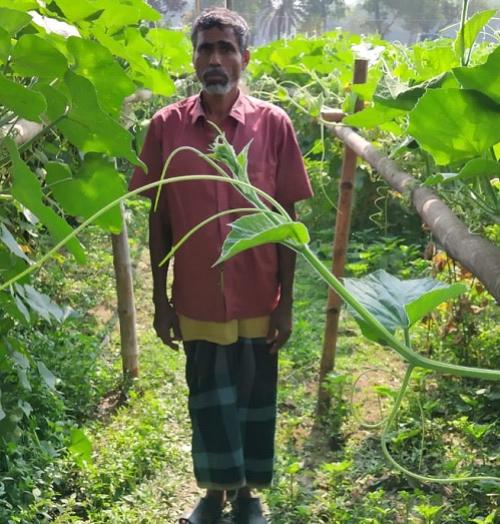 Farmer using the compost from FSTP for agriculture

During our visit to Nashik while conducting surveys for Shit Flow Diagram, we came across a pilot project that has the potential to be a model for resource recovery from faecal sludge. The Waste-to-energy plant in Nashik uses the Biomethanation Potential (BMP) method in which biogas digester is used to co-digest food waste (FW) collected from hotels and septage from public toilets in a 2:1 ratio.

Limitations: The problem with this facility is segregation. According to German development agency GIZ’s guidelines, only cooked food waste (FW) can be used in the plant but mixed wet waste is delivered, instead. Such limitations demand additional manpower / resources in order to run the plant efficiently.

Based on the table below, if the plant is running to its full capacity of 30 tonnes / day then it should generate ~2,600 cubic metres of biogas, 4,800 Kilowatt of power and 3 tonne / day of sludge.

In an optimistic scenario, revenue generation would be Rs 25 lakh / month. But in the current scenario, this is not the case. Due to the contract with the Nashik Municipal Corporation, source for FW is limited to the hotels in the city.

This is insufficient to run the plant at full capacity. At present, 20 tonnes / day FW is required but only ~5 tonnes / day is received. However, if the entire city’s FW is supplied, then this is the best source for revenue generation and resource recovery.

Sanitation remains foremost a “social model” and is seldom considered a business. Resource recovery and reuse (RRR) approach helps in shifting the focus from waste being regarded as something that must be disposed off to something that can be a valuable resource and can help us move towards a more circular economy.