‘Einstein’s E = mc2 does not work in the biosphere’

Behaviour of light changes on entry into Earth's atmosphere from space; it assumes a benevolent role 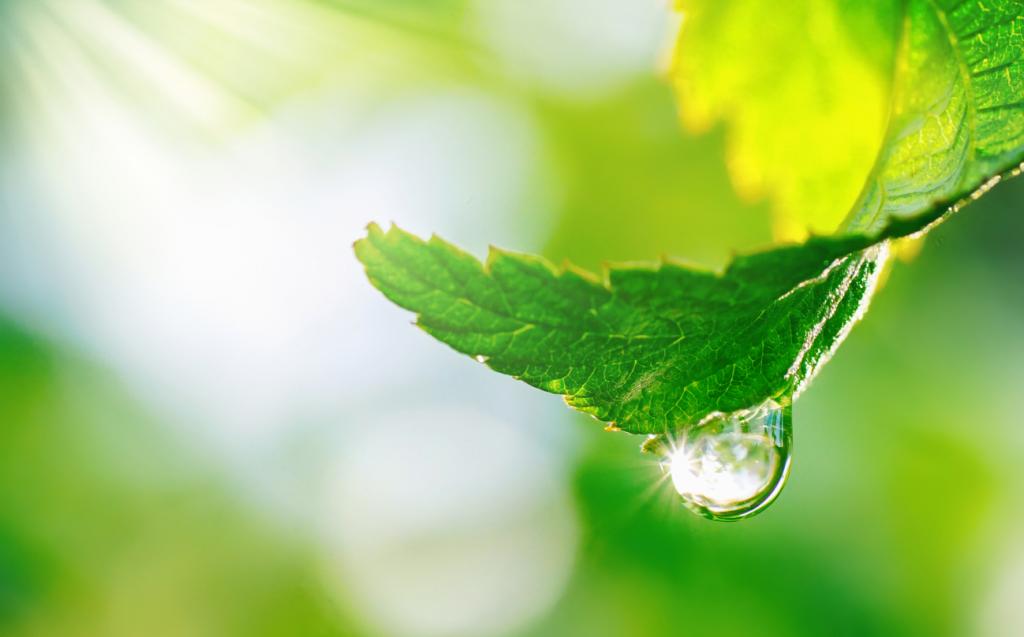 Those atomic clouds of World War II on Hiroshima and Nagasaki are etched like a tattoo on the human mind. Those giant mushroom-like "clouds" that rose from the earth and covered the sky were perhaps the most frightening sight in human history.

Whenever the backgrounds of wars are created in the political arenas of the world, then those puffy clouds hang in front of eyes like a daydream about to come true! There was a formula hidden in the womb of those two dismal scenes of August 6 and 9, 1945, which had emerged from a process that had the potential to create a catastrophe to turn the living earth into a ghost planet.

The father of that formula is Albert Einstein, the famous physicist of the twentieth century and the Nobel Prize winner. That formula, an equation, is: E=mc2.

Thermodynamics is one of the most prominent phenomena that determine adaptation to and sustenance of life on the living Earth. The first law of thermodynamics states that energy can neither be created nor destroyed; it can only be converted from one form to another. Solar energy is converted into biochemical energy (through photosynthesis) and later into heat energy (through respiration) in Earth’s ecosystems.

Einstein's famous classical equation, E=mc2, shows that matter and energy can be converted to each other using the constant c2, that is, the speed of light (c = 2.99792458 x 108 meters per second). The energy produced by matter can be calculated by multiplying mass of the matter by the square of the speed of light. The same amount of energy can be converted back into the equivalent matter.

In Albert Einstein's theory of special relativity, the equation expresses the fact that mass and energy are the same physical entity and can be interchanged. This most famous equation of the twentieth century created the principle for manufacturing an atom bomb. It represents the matter-energy relationship in nuclear reactions on the surface of stars and anywhere in the universe.

American research about nuclear weapons (The Manhattan Project) began with a letter written by Einstein and Szilárd to the then President of the United States Franklin Roosevelt. The people of Hiroshima still believe that Einstein's E=mc2 is responsible for the atom bomb dropped on Hiroshima under the name “Little Boy”.

The matter-energy relationship is of a different nature in Earth’s ecosystems, where life processes go on unceasingly supporting and sustaining the life of the entire biosphere, and because of which our planet is the only known living planet in the universe.

Photosynthesis stabilises solar energy into the carbon–hydrogen (C–H) bonds of biomolecules, such as carbohydrates, proteins and fats.

An ecosystem has two basic and unique characteristics: One, matter is neither created nor destroyed and two, energy is conserved.

Since energy is stored in the biomolecules of cells, it is used to carry out several processes within the organisms. This energy drives the activities of living beings and all ecosystems as well as keeps the physiology of living organisms pulsating.

Primary productivity of an ecosystem is directly dependent on photosynthesis, while secondary productivity is the result of nutrient-energy flow from producers to different trophic levels.

In an ecosystem, there is considerable exchange of substances between the physical environment (soil-water-air) and all the organisms. Changing from one form to another, matter in the biosphere recycles itself but maintains equilibrium in its pool, that is, it is neither created nor destroyed.

Energy flows from the sun to photosynthetic organisms (green plants, algae and blue-green algae). In the biosphere, energy is not recycled.

Once used in the synthesis of biomolecules as well as in the operation and maintenance of metabolism in living organisms. It is then converted into heat and is released into the physical environment. From here it gradually passes through the atmosphere and eventually exits into space, from where it came to Earth in the form of light.

The energy assimilated through photosynthesis and subsequent synthesis of biomolecules in the biosphere is not arising from matter in ecosystems, nor is energy taking the form of matter, contrary to Einstein's equation.

In living organisms, sugars as glucose are oxidised and form a biomolecule called adenosine triphosphate (ATP) in cells. Due to the action of enzymes on ATP in the body, energy is released and all the activities of the organism are carried out by that energy.

With respiration, energy is also released in the form of heat. This vibrant union of energy and matter is possible only in the biosphere, which Einstein's immortal equation and the most thrilling formula in human history could not even touch.

Einstein's energy-matter equation applies to the nuclear reactions on the surface of the Sun, to the stars in galaxies, the Earth's core and wherever nuclear reactions are carried out by humankind and radioactive decay takes place naturally.

Einstein’s popular equation also expresses the cosmic energy-matter relationship that generates tremendous amounts of heat and light through nuclear reactions in the stars. On Earth, however, the benevolent E = mc2 fell into the hands of humans and became destructive.

The energy-matter relationship in an ecological system is of life-enhancing nature. The behaviour of light changes on entry into the Earth's atmosphere from space; the light in the biosphere assumes a benevolent role.

In a nutshell, Einstein's atomic formula does not work in ecosystems. Energy (light) in ecosystems tells the story of its altruism by being involved in the synthesis of life, in the conservation of life and in the creation of a climate system spelling out its benevolence upon life.

The light, which weaves energy-matter relationships by synthesising selected matter into life in the biosphere, writes a glorious story of Earth, which sizzles with life.