A growing number of the elite are freezing their bodies in the hope for a rebirth. Is it possible? 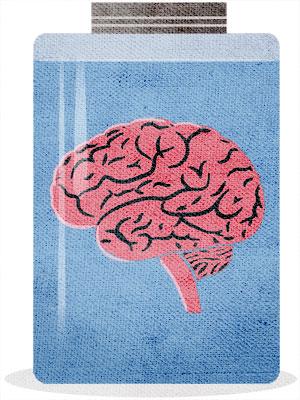 In a historic and unusual verdict last month, a high court in London granted a terminally ill teenage girl her wish to be frozen post-mortem in the hope that medical advances might revive her in the future. The girl had petitioned the court, as her estranged father was opposed to the idea. The court gave the mother the final say in deference to the teenager’s wishes.

The girl’s dead body was immediately shipped to the US and frozen at the Cryonics Institute in Detroit, one of only four places in the world that offer to cryopreserve the dead—three are in the US and one in Russia. Since 1967, when the first person was pickled in liquid nitrogen, 250 futurists have been frozen, while about 1,500 are in the queue.

While some might sympathise with the girl’s decision to be mummified, what are the odds that a frozen body, especially the brain—bodies are hung upside down so that the brain is affected the last should the nitrogen oxygen leak—could be defrosted and revived without damaging the structural integrity of the neurons?

Cryogenics or preservation of body parts in extremely low temperatures is neither new nor controversial. Eggs, sperms and embryos are now routinely frozen and thawed for infertility treatments. This is possible, thanks to a technology called vitrification that allows cells to be frozen without damaging them with the help of some anti-freeze materials. However, making it work for whole bodies or even brains is a fantasy that many believe is very unlikely to come true.

Nevertheless, the proponents of cryonics believe that one day it might be possible, with techniques of molecular nanotechnology, to revive frozen zombies by decoding and reconstructing the complex network of neurons and their interactions that determine an individual’s persona—her thoughts, memories and desires. In fact, American inventor and futurist Ray Kurzweil has stuck his neck out by claiming that scientists would be able to simulate a person’s mind and download into a computer by 2030.

For some, even this claim would be fantastically ridiculous if it were not fraudulent too. In a 2015 article, “The False Science of Cryonics” published in the MIT Technology Review, neuroscientist Michael Hendricks of McGill University, who works on less evolved species like the microscopic roundworm Caenorhabditis elegans, argues that despite the fact that we know all of its genes (about 1,000) and have mapped its 302 neurons, we still can’t “simulate the mind of this worm.” Incidentally, the human brain is an orchestra of 100 billion neurons! “The technology to do so, let alone the ability to read this information back out of such a specimen, does not yet exist even in principle. It is this purposeful conflation of what is theoretically conceivable with what is ever practically possible that exploits people’s vulnerability,” he writes.

Even if it were to become possible to simulate/download the mind, will it be really you? Assuming that the subjective “I” is a gestalt of the innumerable interactions between the neurons, would it remain the same “I” in a time and space removed many times over? Thinkers of Hendricks’ persuasion believe that it is counterintuitive, and hence, unlikely that it would be “you” who would come back to life.

Besides, cryonics also raises a host of moral, philosophical, and, not to say, financial dilemmas. The girl’s father, who has condemned cryonicists for “selling false hope,” was worried about her feeling totally disoriented in a future sans anyone whom she may have known. In a similar vein, James Hughes, head of the Connecticut-based Institute for Ethics and Emerging Technologies, backs cryonics yet will not sign up for it as, to quote him, “I value my relationship with my wife.”

Money matters too. It cost the girl’s mother about 40,000 pounds, which she reportedly rustled together by selling off property, to have her frozen. Clearly, cryonics, like immortality, is a fantasy entertained by the elite for only for they can afford the luxury of longing for another life. For others, it doesn’t make sense to gamble modest earnings on Pascal’s wager. They would be better off spending it on making the present joyous and beautiful.