Statistical data has been used and abused for centuries by a range of people for a variety of reasons. Is there a way out? 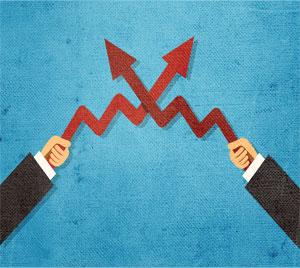 Last month, two international reports alleged that in 2005 at least one million Indians had succumbed to air pollution. However, the Indian minister of environment brushed off the claims as both exaggerated and unscientific. He said: “We have several of our own organisations and experts… and I trust them as much as I do our Army.”

Nevertheless, the truth is that the minster either didn’t know, or cared not to know, that the reports had based their findings on data gathered by a miscellany of Indian and international scientists. So, instead of making a case against the logic and substance of the claims, the minister launched an ad hominem attack on international scientists and the culture of trusting “their facts” more than “our facts”.

To be sure, this is not to suggest in any way that there is no politics in science. On the contrary, one can cite innumerable instances where the state has used scientists to buttress or undermine a particular idea or ideology. For instance, in the early 1990s, American experts suggested that the poor in China and India were as much responsible for global warming as the industrialised nations, an argument debunked by Centre for Science and Environment founder Anil Agarwal.

So, while we may accuse the chief custodian of India’s environment of brushing some inconvenient truths under the carpet of politics, his comments also point to much deeper crisis in statistical science that has been brewing for some time now. In almost every controversy—whether it is about the impact of science and technology on people and environment, or whether it is about the impact of social and economic policy on people’s lives—statistics seems to be bone of contention. Rather than clarifying the big picture, statistics appear to muddy the argument further. Some even claim that it is this distrust of the number cruncher that’s behind the rise of what is now being called the post-truth world.

And yet, modern systems of governance, whether democratic or authoritarian, cannot do without statistics. Ever since the mid-17th century, when European rulers began looking at broad trends in the lives of their subjects in order to govern/control them better, governments down the centuries have refined and honed statistical methods to understand and manage ever larger populations. In fact, there is no aspect of social and economic life of modern societies that is not mapped and represented by statistics.

Ironically, even as we become obsessive-compulsive about collecting and analysing data, the distrust of statistics has never been greater. It seems ordinary folk now nurse as much disdain for experts as for politicians, especially the kind who can prove anything using the tools of statistics. So when villagers in Kasaragod complain of pesticides deforming their kids, or when villagers in Bundelkhand reel from the impact of drought, statistics is thrown at them to refute what they feel as unfounded. In other words, statistics has become a tool for the elite use to undermine the feelings of ordinary people.

Is there a way out? Some believe that the out-of-favour statistician will die his/her natural death with the rise of big data—a humongous bank of undifferentiated information about anything and everything that people think, feel and do. This is apparently the stuff that Trump and Co as well as Brexiteers rummaged to understand popular mood and eventually turned pollsters into laughing stocks. But unlike statistical data, which is largely collected by the state, big data is amassed and privately held by big corporations like Google, Facebook and Amazon, and volunteered willy-nilly by people hooked on the World Wide Web. Many believe this is scary as this intimate data could be sold and used by anyone willing to pay for it. That said, big data still has long way to go before it becomes the new crucible of truth. Till then, public-spirited statisticians could educate citizens about the use and abuse of statistics so that they can not only make sense of an increasingly complex world, but also defend themselves against dishonest politicians and experts.