Einstein’s Eclipse: It has been 101 years since ‘Theory of Relativity’ was validated

One of Sir Arthur Eddington's photographs of the total solar eclipse of May 29, 1919 that was used to validate the General Theory of Relativity. Photo: Wikipedia

Even before the emergence of the inquisitive human form, evolution witnessed mortal fragments of life that heavily depended on celestial bodies. The moth, for example, still relies on the position of the distant moon to navigate in straight lines.

Clearly, with this fundamental reliance on the skies for migration, search for food, energy and water, life eventually had to ask — what exactly were the celestial bodies?

To the worshippers, the stars were gods. To the heretics, just fiery stones. And yet, there were very few like Aristarchus of the Greek island of Samos who speculated that stars were very distant suns. Aristarchus, who was in his prime between 300 and 200 BCE, was also the first to hold that the sun (and not the Earth) is at the centre of our planetary system. 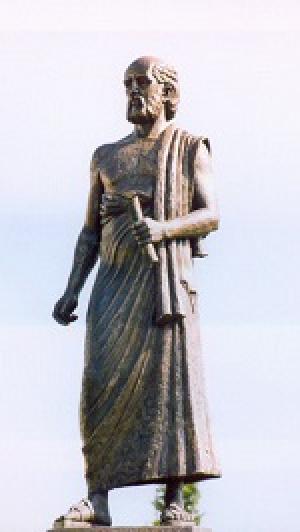 Humans could only conclusively establish what the stars were, somewhere between the eras of Aristarchus and Galileo. So worked the scientific enterprise: Attempting to promote mere speculation to the higher rank of established fact.

Indeed, the knowledge of stars opened a world of possibilities that had remained unexplored even in the strictly human realm. Each star, for instance, shone brightly and yet remained engulfed by perpetual darkness. Each star also commanded a sense of awe — and yet burned from within. Simply put, things around us inspired further enquiry.

After such a resolution, what naturally followed was the question of that which contained the stars. Among the hidden truths of nature remained the mystical beauty of a cosmic void yet to be explored.

Among the very few successful attempts was Albert Einstein’s Theory of General Relativity. It suggested that the three observable dimensions of space are intertwined with time and any object of celestial weight caused dents in this space-time continuum, of which even gravity was but a manifestation.

But mere speculation had to be promoted to reality yet again. The scientific community pursued this endeavour, only to realise that we humans were fundamentally confined not within cosmic walls, but by the nature of dimension itself. 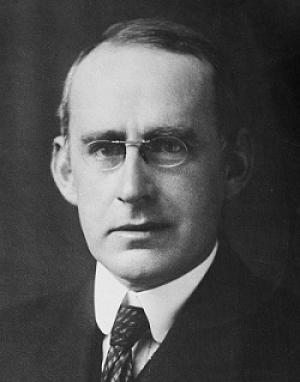 Scientific experimentation has, time and again, proven to be the bridge that explorers and enquirers have used to transcend from human belief to established fact. This year, we celebrate the 100th year of Arthur Eddington’s experiment that lent factual validity to the ideas that Einstein harboured.

On May 29, 1919, humanity formally established that there were irregularities and imperfections’in the cosmic void that even light was forced to respect.

Arthur Stanley Eddington, who was born in modern-day Cumbria, England, lost his father to typhoid at the age of two. Stanley, as he was fondly called by his mother, proved to be a capable scholar of mathematics and English literature even in his school days.

Having earned a scholarship to attend Owens College, Manchester (known as the University of Manchester today), he made it clear that a great astronomer was in the making.

His journey in astronomy led him to eventually become the director of the entire Cambridge Observatory. The natural limit to the luminosity of stars, known as the ‘Eddington Limit’, is named in his honour.

It was Eddington’s experiment that pronounced the final victory-verdict on Einstein’s ideas over the then-dominant Newton’s Law of Gravity.

The competing ideas, however, predicted the path of light differently. And settlement on this cosmic matter could be only achieved during a cosmic event. The solar eclipse of May 29, 1919, proved to be an opportunity of such a celestial measure for Eddington. He made adequate preparations by measuring the ‘true’ positions of the stars in the months of January and February that year.

Again, Einstein’s relativity stated that celestial bodies of great mass created ‘dents’ in the fabric of space-time. So, light passing near a celestial body of great weight must bend along the space-distortion it created.

In short, light was not supposed to travel in straight lines. Today, we know that light behaves like both waves and particles. It is through the latter that even weightless light bends along objects of considerable mass.

To cut the long story short, Einstein’s theory predicted that light should bend about twice as much as Newton’s theory had predicted.

More than a year before the experiment, Frank Watson Dyson (Astronomer Royal of Britain) argued that the said solar eclipse would create the perfect conditions to tell the two ideas apart. The experiment later found its true leader in Eddington.

The gravity-shifted positions of the stars needed to be measured to compare with their ‘true’ positions obtained by Eddington earlier. The idea was simple. On the journey to Earth, the light from distant stars must pass through the sun's gravitational field. And yet remain visible due to the darkness during the eclipse.

Finally, in the month of May, Eddington travelled to Príncipe, a remote island in the Gulf of Guinea off the west coast of Africa. Here, through the sun's gravitational lens, he wanted to measure the positions of the stars during the eclipse.

Eddington didn’t leave a stone unturned. There was a possibility that weather conditions would interfere. What if it rained? What if clouds blocked the view of the eclipse?

He asked a group of astronomers led by Andrew Crommelin and Charles Rundle Davidson of the Royal Greenwich Observatory to simultaneously take measurements from Sobral in northern Brazil.

That day, perhaps even the Gods didn’t want to delay our understanding of the cosmos. The weather conditions didn’t interfere with this dual expedition undertaken with nascent photographic technology way before the days of instantaneous global communication. The rest is history.

The dark of an eclipse offered a bright treasure of knowledge. The moon’s shadow on the Earth removed every shadow of doubt about the superiority of Einstein’s theory over Newtonian physics. Eddington formally announced his findings on November 6, 1919.

Subsequent solar eclipses armed with better technology only strengthened the new idea, with the Hubble telescope itself revealing distortions of space due to powerful gravitational fields.

The ultimate extent of warps in this space-time was imaged only recently. It is an entity so dense that space-time has curved around itself, so even light cannot escape it. Which is why it appears as a dark figure.

I refer here, to the first image of the black hole given to us by a global network of radio telescopes, collectively referred to as the event horizon telescope.

The popular science writer, Row Cowen sums up this century-long journey from May 1919 to April 2019 in the following words:

The two observations — by Eddington’s team and by the Event Horizon Telescope astronomers — are perfect matches for each other. The first provides the first tantalising evidence about how gravity shapes space-time. The latter shows how dramatic that effect can be.

Ron Cowen is the author of the book Gravity’s Century: From Einstein’s Eclipse to Images of Black Holes.

This image of a black hole shows an orange halo rotating around it — one produced by energised particles, much like a diamond ring around a solar eclipse. A celestial lining of hope. It is no longer surprising therefore, that knowledge has a way of finding beauty.

The depths of black holes have contributed to the depths of knowledge, leading to our more refined understanding of gravity today. It is fitting therefore, to celebrate our first steps led by Eddington to a deeper understanding of what is, what has been and what will be around us.

Subrato Banerjee is a behavioural scientist at the Centre for Behavioural Economics, Society and Technology, Queensland University of Technology, Brisbane