Electric carmaker Tesla has patented a battery-swapping system. Does this mean a reversal of its open source philosophy? 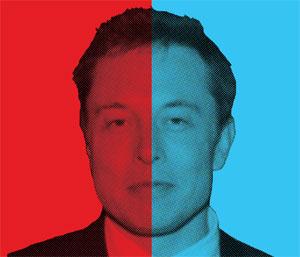 Elon musk has of late been much in the news—not that he is ever out of it. In recent weeks, the evangelist-inventor of electric cars has been in the spotlight as much for the latest rollouts from his iconic company Tesla as for weepy revelations about his personal life. In November, Musk unveiled Tesla’s first electric semi-truck which he claimed “will blow your mind clear out of your skull and into an alternate dimension”.

For millions of fans and customers, the surprise at the Los Angeles launch of the semi-truck was a new Tesla sports car. So Musk had everyone riveted. But for this column, the major development is something that has not caught the public eye. This is a new patent filed by Tesla for a battery-swapping system that can lift up an electric vehicle and change its battery pack in just 15 minutes.

The system, designed for Tesla’s Model S and Model X vehicles, relies on a mechanical lift that can raise the vehicle to a predetermined height to swap the batteries. It can work on its own or with help of human operators. Right now, Tesla’s supercharging stations take over an hour to charge a car. It is, therefore, a major step in the evolution of electric cars since, as the patent claims, “it would allow for almost nonstop travel during long road trips.”

The patent is what is proving to be a bit of a bother. In 2014, Musk had sent shock waves across the industry by freeing up Tesla’s patents (see `Tesla’s `insane’ move to free up patents', Down To Earth, 1-15 September, 2014). It was an unexpected move and unprecedented since competitors were given access to a portfolio of patents on advanced electric vehicle technology. Musk had explained at the time that Tesla Motors—it has since dropped Motors from its name—was created to accelerate the advent of sustainable transport. So the firm would not initiate patent lawsuits against anyone who “in good faith, wants to use our technology”.

Amidst the chorus of praise a couple of lone voices had been sceptical. Some had surmised that the patents were not all that valuable since rival electric carmakers such as Toyota were focused on hybrid vehicles and were not likely to take up Tesla’s generous offer. But who would decide if those seeking Tesla’s freed-up patented technology were acting in “good faith”? Since then there has been no word on who, if any, have sought the company’s knowhow in the past three years.

What is also interesting is Musk’s attitude to patents. In an interview in 2014 Musk revealed that when he started his first company, Zip2, he thought patents were great and had worked hard to get them. “And maybe, they were good long ago, but too often these days they serve merely to stifle progress, entrench the positions of giant corporations and enrich those in the legal profession, rather than the actual inventors. After Zip2, when I realised that receiving a patent really just meant that you bought a lottery ticket to a lawsuit, I avoided them whenever possible.”

Which makes it rather curious that Musk, despite his view that patents are a legal quagmire has not stopped Tesla from piling them on. The battery-swapping system is but the latest in a pretty long list of patents. The question then: what is Elon Musk all about? Was the offer merely an image-building exercise? But he continues to maintain that “the fundamental intention of Tesla, at least my motivation, was to accelerate the advent of sustainable energy. That’s why I open-sourced the patents.”

Footnote: Tesla was founded by Nikola Tesla, a brilliant Serbian physicist, engineer and inventor, who died in penury after waiving royalties from his most valuable patent. Musk surely knows this.

(This article was first published in the December 16-31 issue of Down To Earth).