Evolution and Science-fiction: Marriage of facts and fantasy 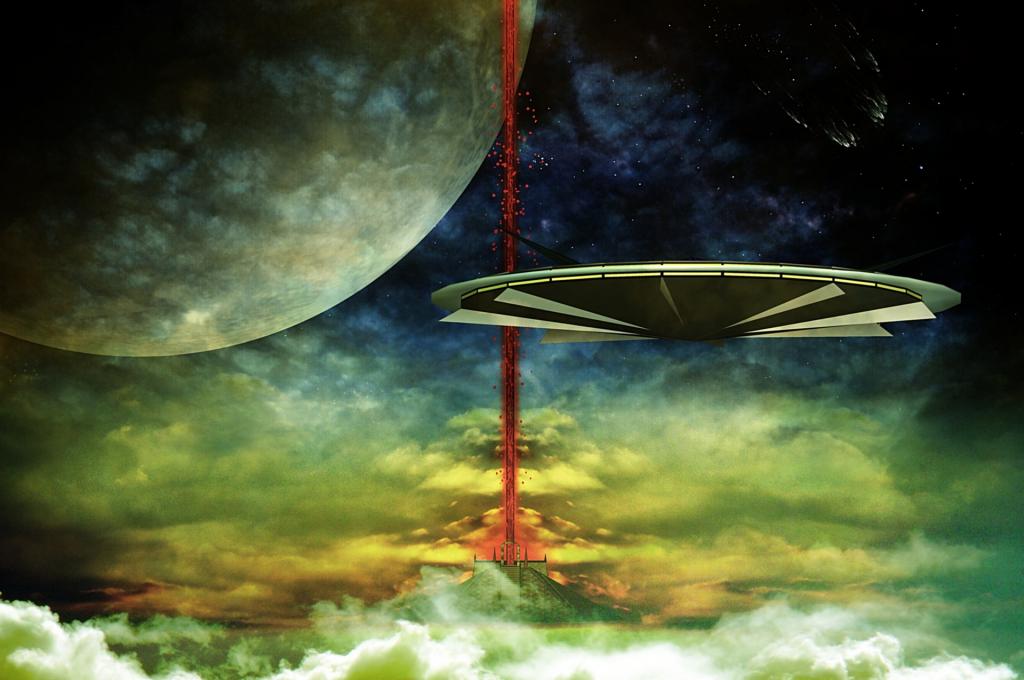 In November 1859, an explorer’s compendium on evolutionary origin of life forms rolled off the printing press. The explosive ideas incited a crisis of faith in Victorian England. The controversial but novel nature of his work quickly lodged itself in the collective imagination of the era’s residents as well as of those to follow.

He was Charles Darwin, a scientist with a flair for the poetic, the author of On the Origin of Species, which emphasised the role of natural and sexual selection. Another important work, The Descent of Man (1871), that explained evolution of humans came almost a decade after.

His notable contributions rightfully assert his status as an important figure but even he could not have predicted their influence on a field often considered to be divorced from the empirical, factual, hard substrate of science: Literature.

Darwin’s negation of the Church’s doctrine of creationism resulted in a period of religious questioning in the Victorians. Even though most non-scientific members of the community were unaware of or unable to appreciate the significance of Darwin’s work, their imaginations were soon captured as some of the writers began exploring the spiritual, psychological, material, and social implications of Darwinian ideas.

In the light of the new knowledge of our genesis, what did it now mean to be human?  Is evolution teleological? Will we ascend to higher beings? Thus, a period of speculation was born.

However, not all creative practitioners echoed Darwin’s view of evolution: Some favoured a Lamarckian perspective of inheritance of acquired characters. While a few others remained firmly attached to the biblical lore.

No matter whom they believed, Victorian — and later Edwardian — writers were responding to Darwin, in a manner of speaking. Even when they disagreed with his claims, they were in conversation with the wider debate refracted through the writings of Thomas Huxley, Hugo de Vries, Herbert Spencer and the like.

English romance novels and novels with a distinct romantic subplot like George Eliot’s Middlemarch (1871) were among the first to adopt and adapt the concept of sexual selection, introduced in On the Origin of Species.

In Middlemarch, the narrator likens matchmaking to courtship rituals found in the wild and encourages young, propertied men to stand taller, dress well and make grand displays of power to eliminate their ‘weaker’ counterparts from the ‘competition’.

There is very little scholarship that interrogates science-fiction from a purely (or at least partially) scientific lens. Such an analysis usually questions the veracity of the plot or the plausibility of certain events even occurring within the text. While useful, this approach is not always helpful —science-fiction is the subject of our enquiry after all.

Nevertheless, discarding this line of reasoning is unfair as people may rely on popular culture to shape their understanding of science.

The contents and implications of texts, however, do not matter as much as the historical forces that guided their evolution do, and it all begins (or ends) with Charles Darwin.

The prolific English writer, Herbert George Wells, studied evolutionary biology from Thomas Huxley, who in turn championed Darwin’s theories. As a result, Wells’ interpretation of the future differs drastically from that of his contemporaries: Where they plotted fanciful renderings of mankind’s ascension to a superior species, Wells saw doom, destruction, and devolution.

Darwin’s admission that natural selection could lead as easily to degeneration as it can to ‘higher’ forms of life, underlies the theme of devolution. The theme features prominently in The Time Machine (1895), a succinct critique of the Victorian class divide, capitalism, and anthropocentric fantasies.

Wells tackled the intersection of science and humanity to present a grand arc of evolution: Instead of being the ultimate conquerors of nature, who eventually transcend their material existence, humans and their achievements will merely be a blip on the planet’s history.

Themes of speculative evolution in science-fiction have branched out in two other broad directions: Spencerian (or progressive) evolution and the notion that the process of evolution would halt altogether.

The former is an optimistic view buoying the evolutionary potential of human beings. For instance, Luc Besson, in his 2014-film Lucy, implies that human technology, or drugs, in this case — will allow us to unlock the next stage (or rather state) of evolution: Transhumanism.

Besson is not alone. The X-Men saga has made grand speeches about how mutants are the “next step in human evolution”; in Man of Steel, Faora opines that Superman and humanity’s sense of morality is an evolutionary disadvantage and as “evolution always wins”, the next beings will transcend beyond morality’s mundanity; 2001: A Space Odyssey also treats its subject in terms of the evolving / evolved binary, implying that like the alien race, humans will progress from biological beings to immortal machine-like entities with limitless capabilities.

Although somewhat similar to the theme of progressive evolution, the idea that humans will no longer evolve and simply be replaced by more advanced lifeforms is less explored in science-fiction.

One possible explanation for it is that this view destabilises our relative position in the hierarchy — if humans are not irreplaceable, what of the tales of our heroics and exploits? How are we any different from the other species that are being wiped off the planet’s face to fulfil our insatiable goals? Are we as irrelevant too?

Scientific and technological advancements are fantastic launchpads for our imagination. Johannes Kepler wrote Somnium (“The Dream”) in 1608 and his son published it in 1634, a text often considered to be the first ‘genuine’ work of science-fiction. But even before that, humans were ruminating over the same question: what does the future hold in store for us? Somnium, an allegory advancing the heliocentric model, envisioned space travel three centuries before the first lunar landing.

Since then, our rosy articulations of the future have taken the form of curing cancer, communicating with extra-terrestrial beings, photosynthesising mammals and flying cars. Some of these have come to fruition while the others have not.

Some may go as far as to claim that Kepler ‘invented’ science-fiction but Darwin, a consummate scientist operating outside the genre, left a long-lasting mark on it. It is nearly impossible to consume a work of science-fiction that concerns itself with themes of evolution without acknowledging Darwin’s role in it.