Finally, firm no to software patents 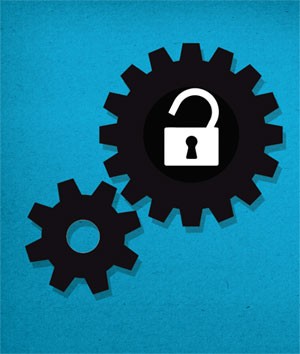 For years, there has been a guerrilla war on the patenting of software in India. While a clutch of organisations has been fighting against patenting because it believes such patents would stifle innovation in the sector, the Indian Patent Office has been equally persistent in stealthily trying to change the rules that do not permit patents on software alone.

India’s Patent (Amendment) Act excludes, under Section 3(k), mathematical methods, business methods, computer programmes per se and algorithms from the ambit of patentable matter. Yet, several hundred software patents have been granted in the country.

A 2013 study by the Software Freedom Law Centre (SFLC), which works to protect and advance free and open source software, found that 344 software patents were granted during 2009-2011. Barring nine, they had all been awarded to foreign entities. Foreign firms have been lobbying for a change in the law.

Why are patents for software alone counter-productive? Patents make it difficult for software developers to innovate and start-ups would be stifled, affecting the entire start-up ecosystem. One has only to look at the Apple-Samsung fight over patents to understand how patents stifle innovation and lead to multi-billion dollar suits that benefit only lawyers while delaying the launch of better products. Some weeks ago, Samsung won its long-running patent war with Apple after a jury overturned an earlier verdict ordering it to pay $120 million to the iPhone maker. The court found the two disputed Apple patents were not valid.

Realising the dangers of software patents, even the US, which opened the floodgates to indiscriminate protection of such intellectual property, has now backtracked. The US Supreme Court established that software on its own is not patentable, while the EU has generally ruled that patents cannot be given to computers as such. That ªas suchº is problematic, and akin to the ªper seº in Indian law that states computer programmes per se are not patentable. That confusion did not suit either industry which has been pushing to broaden the scope of patentability of software or the Free and Open Software (FOSS) movement.

Attempts by the Patent Office to open the doors wider to software patents were foiled in 2005 by Parliament when it rejected a 2004 ordinance that sought to allow the patenting of any computer programme that “had industrial/technical application” or those “used in combination with hardware”. Rejecting the ordinance, the commerce ministry stated: “The clarification was objected to since it may give rise to multinationals’ monopoly.”

Subsequently, a patent manual was floated in 2008 to change the rules but did not succeed either. The most determined effort was launched in August last year when the Patent Office published guidelines that would have once again changed the rules of the game. An equally concerted push back by a group of civil society organisations led by SFLC and Knowledge Commons has now succeeded in securing a firm official no to software patents. Not only did the Patent Office issue an order in December keeping the guidelines, it has also accepted a three-part test suggested by SFLC to determine patentability.

Now, the Patent Office has told examiners categorically to grant software patent only if accompanied by novel hardware. In just-issued guidelines, it has said: “If the contribution lies solely in the computer programme, deny the claim. If the contribution lies in both the computer programme as well as hardware, proceed to other steps of patentability.”

Mishi Choudhary, SFLC’S executive director, is of course delighted. According to her, this development reinforces the belief that the Modi government is “betting big on the innovation economy and won’t let anything hinder the freedom to innovate”.

Hopefully, this writes the finis to the longstanding uncertainties on software patents.