Seeking a fair price for drugs

The WHO is working on finding a fair pricing model for medicines but will Big Pharma accept it? 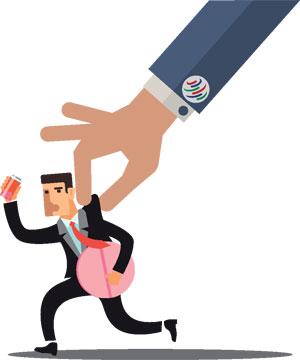 India's battle against Big Pharma to curb the high prices of life-saving medicines has been to a large extent a struggle that it has waged almost single-handedly. Now, reinforcements are visible on the horizon. The obscene prices being charged for new generation drugs, specially for cancer, has made what was essentially a problem of poor and middle income countries into a global concern. Among the egregious examples is the Hepatitis C medicine Sovaldi which is produced by Gilead. The tab for a single pill is an unaffordable US$1,000 and the per regimen cost close to US $85,000 in rich nations. Most public health systems in these countries are finding it impossible to include the drug for all patients.

The fight against predatory pricing of medicines is underway in two global forums. At the World Trade Organization (WTO) India, China, Brazil and South Africa have called for a thorough discussion of the September 2016 report of the United Nations (UN) Secretary General’s High Level Panel on Innovation and Access to Health Technologies, or HLP, in an attempt to make the rules for grant of pharmaceutical patents stricter. This is a counter thrust to the campaign by the US and other developed nations that have been attacking India’s patent laws that do not allow drug companies to extend patents on new forms of old molecules.

While a handful of other developing countries are also hoping to use the "bold" HLP report, it would call for a high level optimism to think that India and its allies will get very far at the WTO with their campaign. For one, the report of the HLP although convened by Ban Ki-moon in 2015, is an independent assessment and does not reflect the views of Moon or the UN. For another, the WTO pays scant attention to reports of other UN organisations.

More promising however is the initiative at World Health Organization (WHO) where its Essential Medicines and Health Products Department is seeking to bring about fair pricing of medicines. It is examining the entire gamut of issues related to pricing of drugs —from over-priced medicines and shortages of medicines caused by high prices of medicines and orphan drugs which are out of patent protection but are not being produced because of low returns. There is also the issue of monopoly pricing of specific drugs which are off patent but whose prices can be manipulated because there is only one supplier. It’s a vast agenda and according to WHO officials the exercise was kicked off because of mounting shortages of life-saving medicines across in Europe, Africa and America.

As WHO prepares for its Fair Pricing Forum in Amsterdam in May in conjunction with the Netherlands government it has put together evidence on price drivers and issues surrounding research and development costs that manufacturers always cite as the need to set prices inordinately high. So return on investment will be a critical question. This involves going into the nitty gritty of production costs such as price of Active Pharmaceutical Ingredients and making detailed estimates of cost per kilogram of a product and even cost per tablet. As such, the focus will not be on intellectual property issues although there is no way the forum can avoid it.

The tricky point though is to find agreement on what constitutes a fair price, and more pertinently to get the pharmaceutical industry to accept it. A guarded reaction from a leading industry body says while it will work to ensure access to medicines it is important to spur development of new medicines. The forum clearly has its work cut out for it to achieve this fine balance. If nothing else, the process could bring about greater transparency in pricing. Industry notoriously secretive about costs and pricing may be forced to come clean.

This column was first published in the March 15-30, 2017 issue of Down To Earth magazine.