The fine science of copying 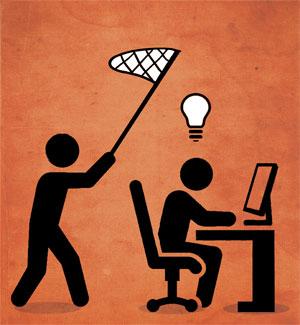 Plagiarism thrives in India. That we’ve known for a long time. In academia, in scientific institutions, in publishing and even in the legal profession. When in recent months, a clutch of vice-chancellors was in the news caught out plagiarising, it created but the faintest ripple.

An exception was the long-running case of Pondicherry University Vice-Chancellor Chandra Krishnamurthy who resigned in May after a standoff with the Union Ministry of Human Resource Development (HRD) over charges that she had plagiarised large parts of her book. However, the controversy did not end with her resignation. The HRD ministry, surprisingly, pursued the case and got the President’s assent to have her sacked. It is possible that some politics was at play since the ministry has not shown the same zeal in dealing with other such cases.

One involves Appa Rao Podile, Vice-Chancellor of the University of Hyderabad, better known for his use of the police to deal with student unrest in the wake of Rohith Vemula’s suicide. Less in the public glare is the Vice-Chancellor’s repeated tendency to plagiarise: three research papers published by him with co-authors had passages lifted from works of others. Podile told The Wire that he would retract the papers but, disarmingly, sought the advice of its correspondent who spoke to him as to what should be done. The Wire quoted him as saying: “Please advise me as to what other authors have done in similar instances. We will also follow …”

Amusing as that is, there is no edifying example that we can offer Podile. All those found plagiarising have come up with ingenious excuses while going on to greater office and fame. C N R Rao, a top boffin who was later bestowed India’s highest civilian honour, the Bharat Ratna, had an interesting euphemism to offer when yet another instance of his plagiarism came to light. His response: it was “an overlap by oversight”. R A Mashelkar, who headed the Council of Scientific and Industrial Research and was government secretary, was found to have taken paragraphs from a lawyer’s submission in a report that he authored on patentability in India. Mashelkar claimed these were but “technical inaccuracies” that had “crept in inadvertently” and blamed “a drafting sub-group” for the slip up.

Last month, Applied Microbiology and Biotechnology, a journal published by Springer, withdrew a paper by three Indian scientists after it was found they had plagiarised some parts. Surprisingly, it took Springer 14 years to pull the paper and issue a retraction on its website on July 7. One of the authors, U C Banerjee told Retraction Watch, a website that tracks instances of research fraud: “We only enriched the review by collecting information from various journals. However, during this process few lines were taken from some reviews and due to oversight, mentioning the references of some of the papers are (sic) inadvertently missed. This is simply unintentional.” Not bad at all as far as excuses go.

A more original but bizarre justification comes from Rajiv Malhotra, an Indian-American entrepreneur-turned-writer who is the darling of the saffron brigade. Malhotra has written a string of books that counter the Western scholarly view of Hinduism, but ironically some of the very authors whom he decries have accused him of lifting passages from their books and distorting their meaning. Malhotra’s response: the lack of attribution is because “Sanskrit has no quotation marks”. Besides, Western standards, he maintains, are not the only norms for attribution. Nothing to beat this for sheer bravado.

Plagiarism is not a legal offence but a violation of moral and ethical norms unlike copyright violation. But let’s get this clear: copyright infringement can still occur even if the source, author, or copyright-holder is cited. It all depends on the context.