Scientists are trying to bring back extinct animals from the dead, throwing open the Pandora's box 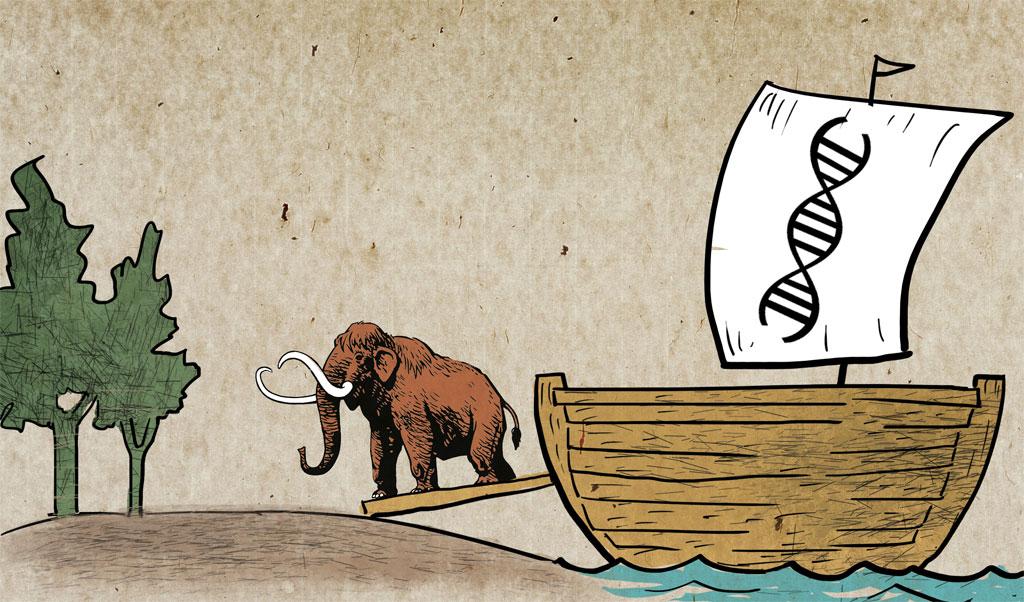 Three years ago, in the Siberian deep snows defrozen by global warming, scientists stumbled upon a marvelously well-preserved carcass of the woolly mammoth that gradually disappeared between 14,000 and 4,000 years ago. Ever since, scientists have been talking excitedly about resurrecting it using DNA—no matter how decomposed, scraped off the bones and muscles of the carcass. This year, scientists hope to insert the mammoth DNA into an Asian elephant’s egg, the final crucial step before they can think of cloning the animal, à la Dolly, the sheep.

Sounds fantastic, but the idea that animals could be brought back from the dead—labelled as de-extinction—is gaining traction in conservation circles. Buoyed by sophisticated genetic engineering tricks, such as the controversial CRISPR, a kind of genetic scissor that allows scientists to edit the genome the way we edit text on our computers, de-extinction attempts to give extinct animals a new birth are blurring the line between science fiction and reality.

However, even the most sanguine admit cloning the mammoth, if at all it happens, is no fewer than 50 years away, mainly because its DNA relics are so fragmentary. But all the same, this hasn’t stopped the new gene hackers from trying their wizardry on more tractable specimens, especially the ones with more or less intact DNAs. So this year we may see scientists trying to clone the African northern white rhino, of which only three living specimens survive, all female and all infertile.

That said, de-extinction remains a fringe idea, and not everyone is convinced. Lack of original DNA blueprint is the main bottleneck. But equally worrying is what Brian Switek, author of Written in Stone, says, “By trying to raise the dead, we risk turning long-lost species into nothing more than context-less bags of genes, ignoring the crucial aspects that made them distinctive in the first place.” Besides, there are uncomfortable ethical questions like whether an ill-equipped resurrected lost species would be able to survive in an alien, hostile environment; or, whether cloning a mega fauna justifies the suffering of a surrogate Asian elephant. For the de-extinction backers, these are minor wrinkles. Stewart Brand, co-founder of the Revive and Restore Project in San Francisco, believes the return of woolly mammoths, even if not in its original form, might help restore the original landscapes in the US and Eurasia.

Skeptics obviously don’t share Brand’s optimism. For them, the project ignores the more urgent task of protecting what we already have from the perils of climate change. They say it is wiser to focus on interventions such as protecting habitats and restoring ecosystem health.

It is also true that humans, not geology, have created a new epoch called Anthropocene, where the traditional distinctions between Nature and humans don’t hold any more. How one imagines the future of Anthropocene and our place in it will determine what we mean by conservation. So, faced with what is now called the conservation triage, some may welcome de-extinction while others may view it as flawed and shortsighted interventions.

A consensus on conservation strategies seems unlikely so long as people don’t agree on the future Anthropocene. So while some old approaches, like creating new wildernesses and stopping wildlife trafficking may continue, we cannot rule out new strategies, such as translocating endangered species to new habitats or restoring ecosystems or exterminating invasive species. So don’t be surprised if you see the woolly mammoth or the Indian cheetah roaming the grasslands again.