(NOTE: Views expressed in this blog are personal and they don’t reflect the views of any organisation)
It wasn’t a monsoon depression or a tropical cyclone. Then what was it? The 24-hour rainfall recorded in Chennai, parts of Tamil Nadu and Puducherry on December 1-2, 2015, raises this big question for researchers. Heavy rains and flooding potential in Chennai and other areas were anticipated, but the record-breaking rainfall figures have stumped everyone.
In just 24 hours (till 08:30 am IST on December 2, 2015), Chembarambakkam, a lake southwest of Chennai, received a whopping rainfall of 475 mm. In the same period, Kattankulathur (near Chennai) received 445 mm rainfall, followed by 429 mm rainfall at Kattupakkam. The astonishing fact is that as per a report, 24-hour rainfall in at least three places in Tamil Nadu is more than maximum 24-hour rainfall of 380 mm recorded at Banki, Odisha during Tropical Cyclone Phailin. 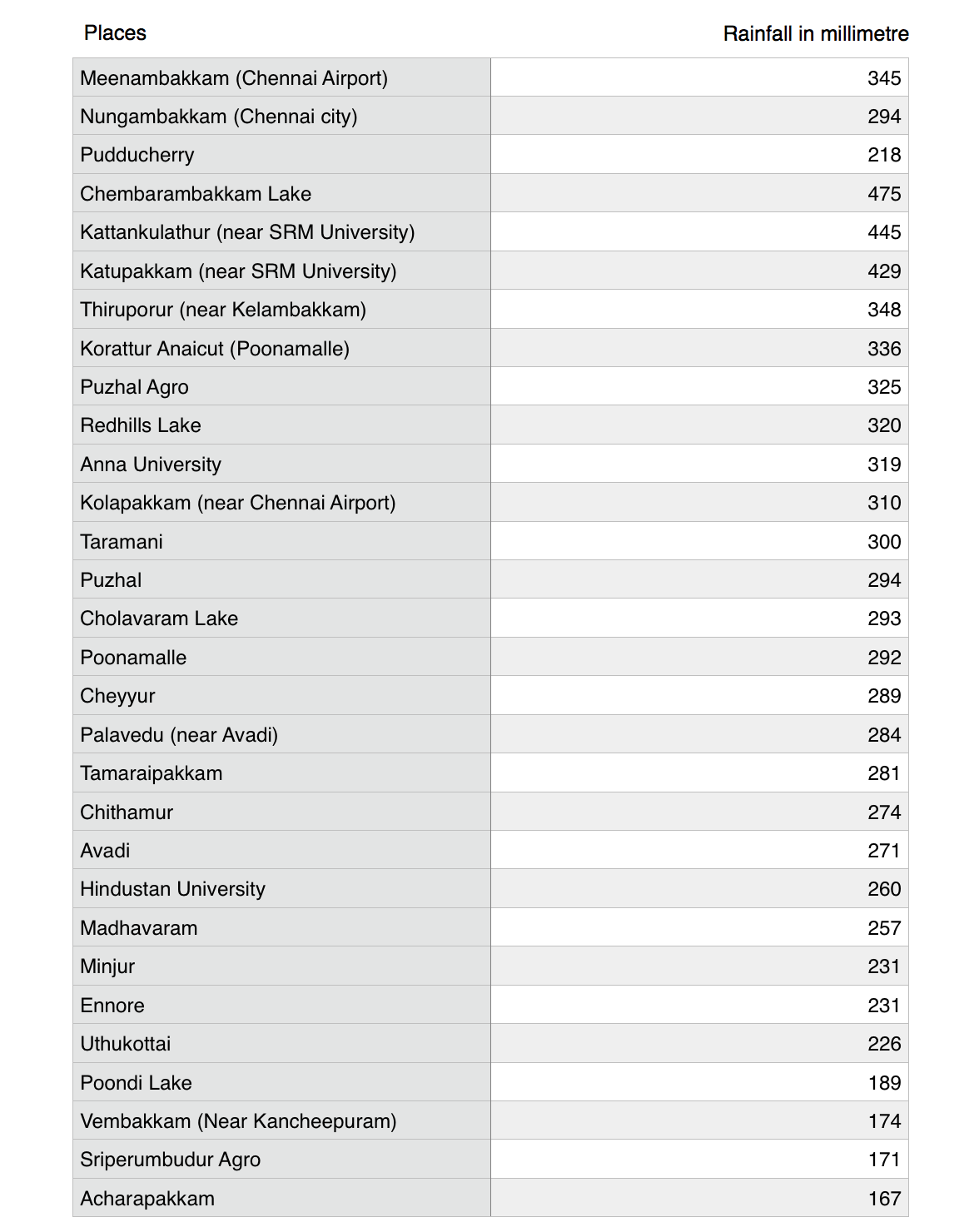 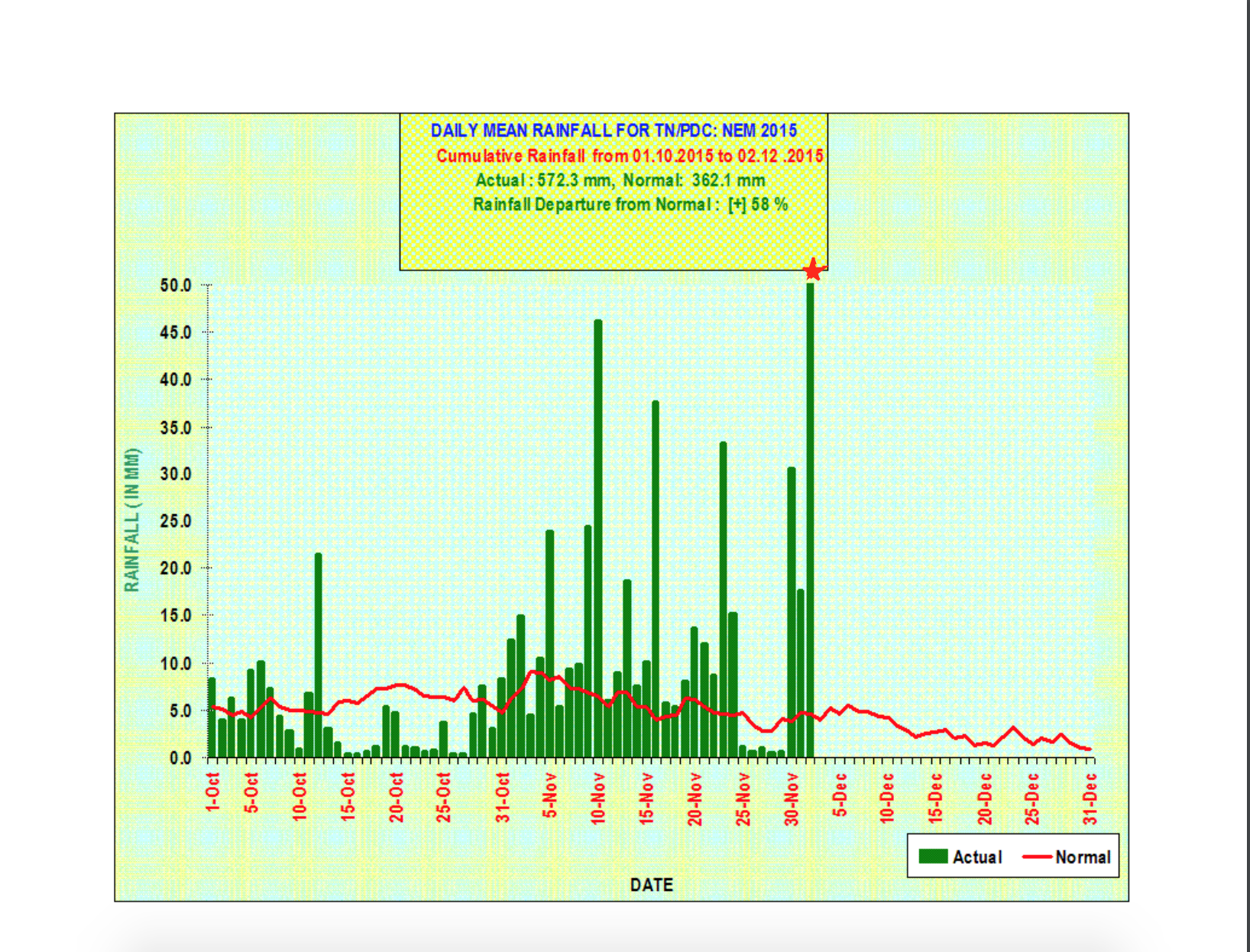 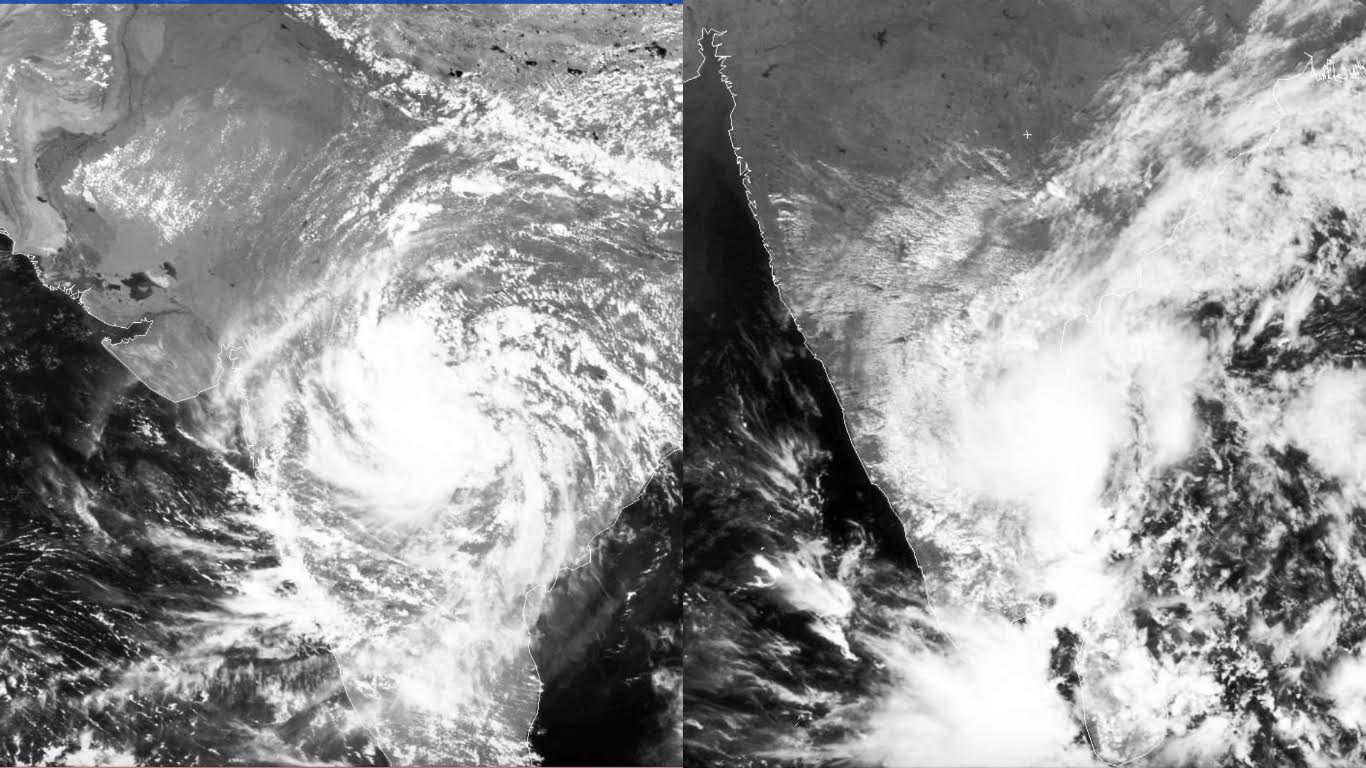 To bring out the aforementioned question, I have compared it with one monsoon depression which was observed in central India during September 16-19, 2015. As per reports, more than 150 places in Maharashtra recorded more than 100 mm rain in a day because of this monsoon depression but there isn’t any observation of rainfall as high as 475 mm of Chembarambakkam. Silod, a city in Aurangabad district of Maharashtra got 262 mm rain on September 17, while Vakadi (a place in Jalgaon district) got 220 mm rain. The low pressure system which brought rains in Tamil Nadu was very feeble (in terms of air pressure) as compared to the September system. The thumb rule is that the stronger a system is, the lower will be its air pressure and such a system will produce lot of rain under favourable conditions. From preliminary investigation, it looks like Tamil Nadu low pressure system had mean sea level pressure of around 1,008 millibar unlike around 997 millibar in the case of the September system. But naturally, maximum moisture content with the September system appears to be higher than that of Tamil Nadu system as reflected by total cloud water and total precipitable water data (which measures total atmospheric water vapour content in a vertical column of air between two levels). In the above image, compactness of clouds of monsoon depression (photographed on September 17) is another indicator of its strength over Tamil Nadu system (photographed on December 1). Thus, its definitely intriguing to see such a feeble system producing more rainfall than a powerful system.
Internet is already flooded with several articles where without providing substantial evidences, people have linked this heavy rain event with factors like climate change or global warming. Below, we have a look at what could have made this low pressure system so powerful.
Variations in North-East Monsoon
M Rajeevan, director of Indian Institute of Tropical Meteorology, Pune, and a senior monsoon researcher says that there is an increasing trend in the amount of northeast monsoon rainfall (NEMR) in the recent years and this rainfall posseses a lot of variability on inter-annual scale . But, he also agrees to the fact that it’s not normal for a feeble low pressure (which impacted Tamil Nadu) to bring so much rain. He says that the total precipitable water for this system was about 1.4 times higher than the normal levels. According to him, even the weather models couldn’t precisely capture the high rainfall associated with this system. He asserts that it will be too early to link this heavy rain event with climate change and more evidences will be needed to prove climate change’s role. 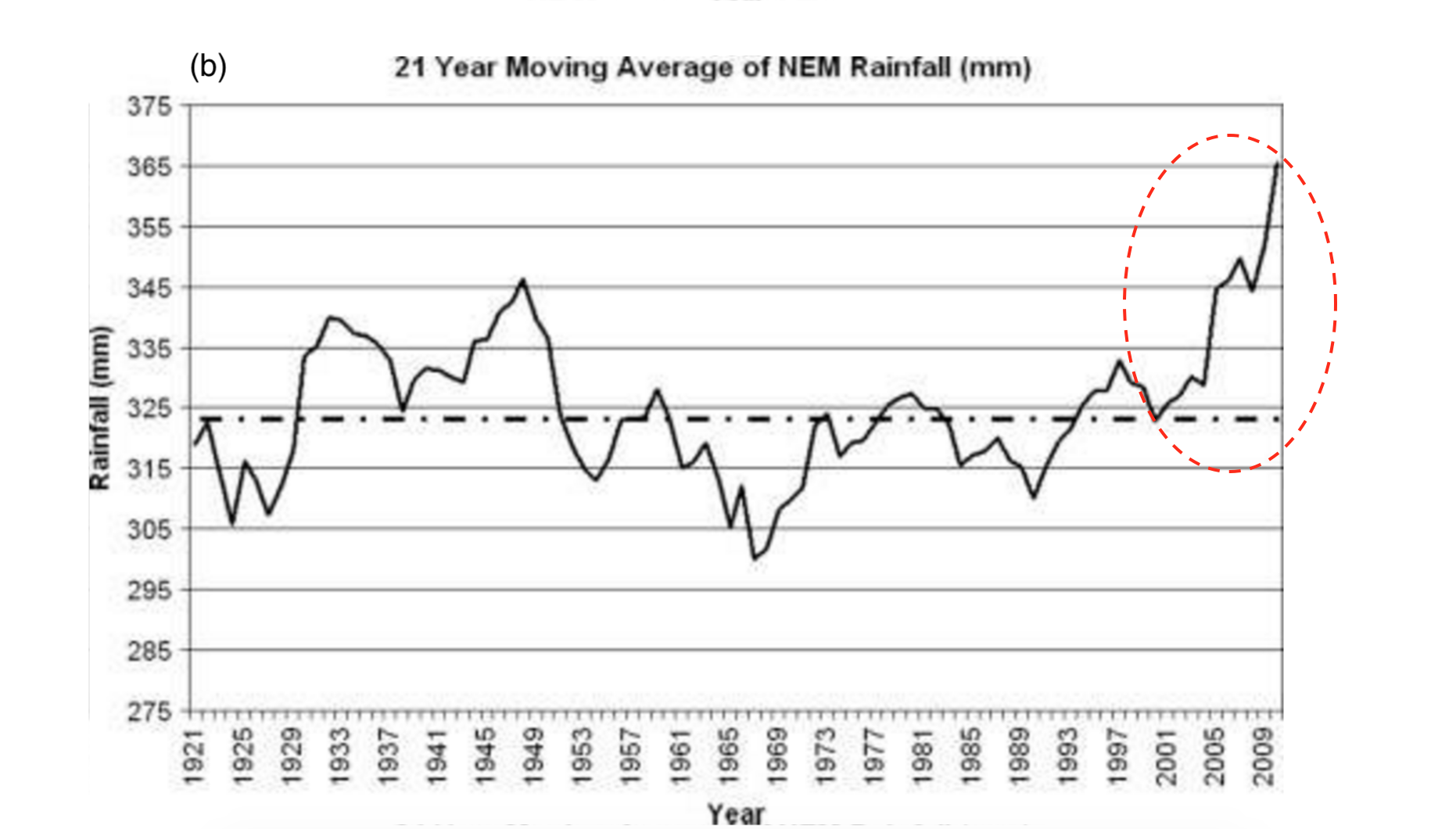 When asked about the influence of El Niño on Tamil Nadu rains, Rajeevan said that probability of getting a normal or above normal NEMR in an El Niño year is more than getting below normal NEMR. An analysis by Sreekala and others in 2011 states that there is 22 per cent chance of El Niño year being deficient NEMR as against 41 per cent chance of it being an excess NEMR year. So record El Niño in the Pacific is a sort of necessary but not sufficient condition to explain this year’s excess NEMR. Between 2001 and 2010, there were four El Niño events (2002, 2004, 2006 and 2009). In 2002 and 2004, NEMR was below normal but in 2006 and 2009, it was slightly above normal. Also, in this decade, the statistical relationship between El Niño Southern Oscillation and NEMR has weakened as per Rajeevan. So El Niño’s does have a role to play in this year’s NEMR but its role isn’t that straightforward.
Role of vortex suspected
Weather forecaster Rajesh Kapadia who writes a blog called "Vagaries of Weather" believes that Tamil Nadu heavy rains were caused by development of a vortex within the low pressure near surface levels. Vortex basically refers to rotating motion observed in a fluid (say air in this case). According to him, such vortex (or called vortices when in high number) developing within a low pressure can bring sudden heavy rain. Usually such vortex lasts till 3-4 hours after it’s formed but in rare cases (like July 26, 2005, Mumbai rain), it can last even for a day which then brings such a huge rainfall. As such vortices have high unpredictability, weather models don’t easily catch them which unnecessarily underestimates any rainfall forecast (say in the case of Chennai).
A cocktail of weather conditions 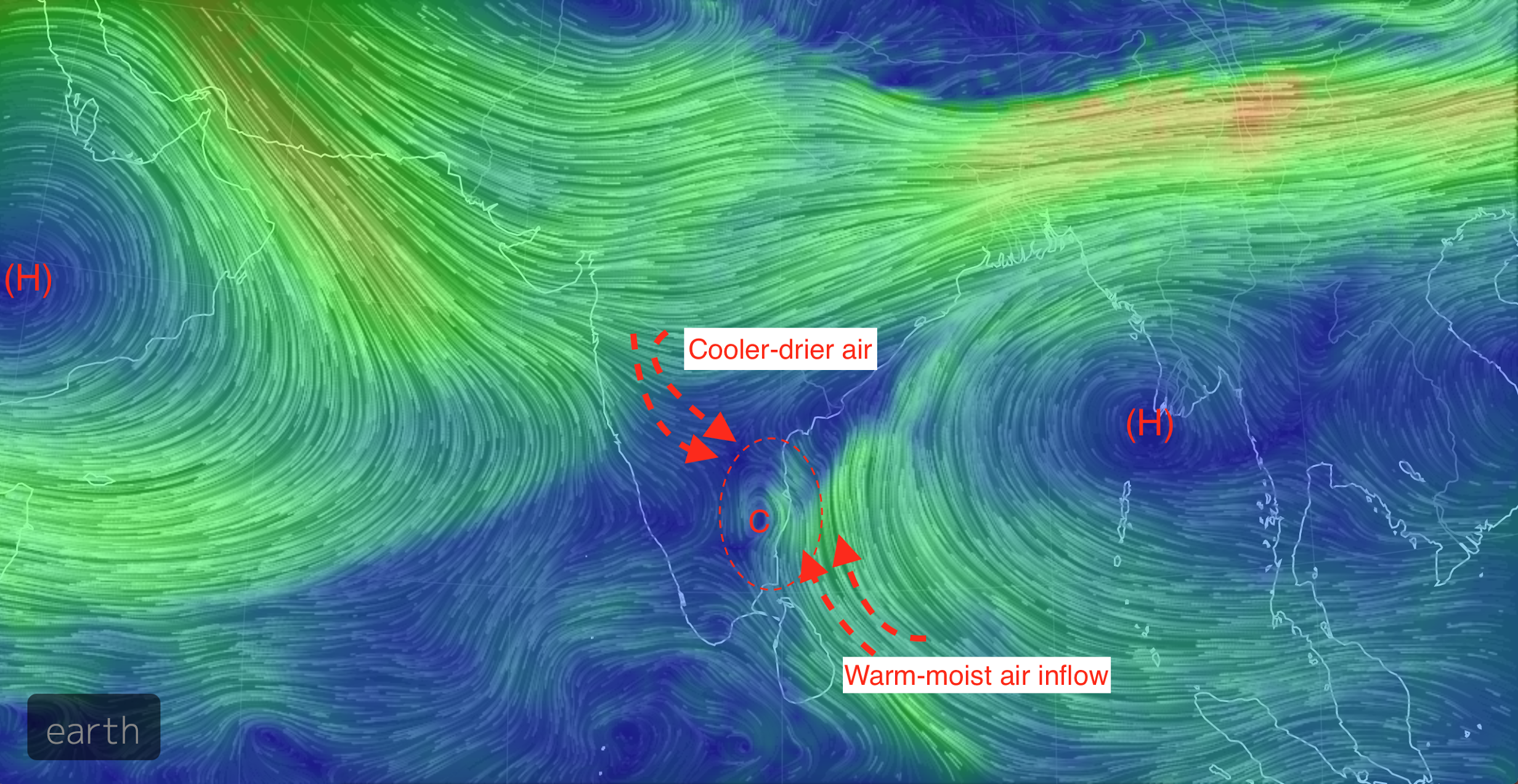 The atmospheric setup on December 1, 2015, appears to be more complex than was anticipated. It’s a cocktail of various atmospheric conditions. As can be seen from above image, a high pressure "H" (region of clockwise winds) anchored over eastern Bay of Bengal caused an inflow of moisture rich warm air from Bay of Bengal in Tamil Nadu. To represent this, I have used red dotted arrows. "C" refers to a cyclonic circulation (low pressure) which was observed east of Chennai. As monsoon has withdrawn from most parts of India, the air over central and northern parts of India is drier and colder than the warm moist air coming from southeast. Such an interaction of warm moist air from south-east and cold dry air from northeast crates a lot of instability in the atmosphere which is known to triggers strong thunderstorms.
After a preliminary investigation, to me, Tamil Nadu’s heavy rain event seems to be a result of a Mesoscale Convective System (MCS) which was pretty intense given the above unstable conditions. Mesoscale in meteorology refers to a scale or horizontal extent of about 1-100 km. We know about thunderstorms and some of which we come across are single cell thunderstorms (meaning their influence is restricted to a certain area only). Such thunderstorms mostly pop up during the afternoon hours, produce bad weather and die. But, when such individual thunderstorms cluster together, they become organised on a larger scale and can last for several hours. Such a large cluster of thunderstorms is known as MCS which is observed in many parts of world like United States of America. In satellite or doppler radar images, such MCS can be linear or round in shape (appearing sort of round in Tamil Nadu’s case) and it often produces severe weather events such as heavy rains which lead to flooding.
In Tamil Nadu’s case, role of MCS can’t be ruled out. In addition to this, development of vortices can’t be ruled out as well which will be clear after investigation of doppler radar images. In the case of the September monsoon depression, such a large instability in the atmosphere or a cocktail of atmospheric conditions weren’t observed. That’s how Tamil Nadu low pressure system is different from other low pressure systems and perhaps this caused it to produce so much rain.
विज्ञान से जुड़ी सभी खबरें हिंदी में पढ़ें।
Weather Predictions northeast monsoon Urban Floods Science & Technology India Tamil Nadu Chennai (D)
SUPPORT US