Songs have been the subject of copyright and trademark battles. In India composer A R Rahman is holding up a film for using his song Jai Ho as its title 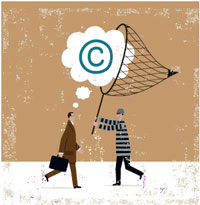 One of the weirdest cases of copyright violation of a song relates to the all-time favourite Happy Birthday To You. There was surprise worldwide when in June 2013 a film production company filed a lawsuit seeking to overturn the copyright on the song, which it said was not legal anyway. In a class action suit, a New York film company called Good Morning To You Productions Corp, said that it had been threatened with a penalty of US $150,000 if it used Happy Birthday without permission in, ironically, a documentary about the famous song. The company said it paid US $1,500 licensing fee in March to Warner/Chappell, the music publishing arm of Warner Music Group.

The film company questioned the right of the defendant to exercise copyright over a song more than 120 years after the melody, to which the Happy Birthday lyrics is set, was first published. Yet, “the defendant boldly, but wrongfully and unlawfully, insists that it owns the copyright to Happy Birthday To You,” the lawsuit said.

The Guinness Book of World Records calls the ditty the most famous song in the English language, and it is not surprising the “owners” of the song were making US $2 million a year off it in licensing fees. Every time Happy Birthday To You is sung commercially, as in movies, TV shows and concerts, the performers or producers are required to pay licensing fees, or face a copyright infringement lawsuit.

The plaintiff asked a US federal court to declare the song to be in the public domain and that Warner/ Chappell Music should be made to return “millions of dollars of unlawful licensing fees” it has collected for reproductions and public performances of the song. Under copyright law, singing the song in any public venue constitutes a performance. It turns out that most restaurants in the US have their staff sing alternative songs when celebrating patrons’ birthday in order to avoid paying royalties. Fees range from US $5,000 to US $30,000 for performance rights. Such considerations, fortunately, do not apply when the ditty is sung at home.

According to Robert Brauneis, professor at George Washington University School of Law who has tracked the song, its authorship is murky. The song, he says, was first published in 1893 as Good Morning To All, a four-line ditty that was written and composed by two sisters, Mildred and Patty Hill. Over the next three decades it evolved into a birthday song, but no one knows how and when it happened. The song was bought in 1935 by a company called Birch Tree Ltd which held the copyright until 1988, when Warner/Chappell, the world’s largest music publisher, bought the company for US $25 million. However, Brauneis says there is no evidence of a copyright for a combination of the initial Good Morning melody with the lyrics of the birthday ditty. He believes the song is in public domain and is not owned by anyone. Copyrights in the US last for a hundred years and if the plaintiffs lose their suit, Happy Birthday To You will remain under copyright protection until 2030.

Strange as this case is, there is a rather curious one unfolding in India. Times of India has just reported that music composer A R Rahman has told the producer of a Salman Khan-starring film Jai Ho that he cannot use that title without permission. It appears that Rahman has trademarked the title Jai Ho, after his song with the same title that he composed for the Hollywood film Slumdog Millionaire fetched him an Oscar. The newspaper says Rahman’s lawyer clarified that Jai Ho is a registered trademark owned by Rahman and, accordingly, the use of the trademark in film, music or any other categories in which it is registered globally, requires a licence from the owner.

Now, copyright for songs and, perhaps, trademarks for a song is something we can understand. But trademark for just a song title? According to legal experts, copyright law may not apply to a song title but trademark and unfair competition law would. But even with the trademarks, only unique or original titles would be entitled to such protection; generic titles and phrases are unlikely to be protected. That raises a question about Rahman’s trademark. How does Jai Ho qualify to be either original or “independently conceived”, as patent lawyers would put it? After all, Jai Ho (which translates to “let there be victory”) is commonly used in India, sometimes as a greeting.

Let us take my favourite band, the Beatles. Could they have trademarked their hit song titled Yesterday? No. But they could and did trademark song titles such as Yellow Submarine and Ziggy Stardust which were original phrases. So, too, the superhit Tamil-English song Why this Kolaveri di? That is without question an original. Its composer-lyricist Anirudh Ravichander is still waiting for his trademark application filed two years ago to be granted.

In the case of the Salman Khan film, I guess we will hear soon enough if there is an amicable settlement but it certainly opens up an interesting line of thought on intellectual property rights of artistes.