How Delhi Master Plan 2041 misses the bus in every aspect

The draft Delhi Master Plan 2041 in its current form, lacks substance, basic data and numbers worth of a Master Plan on a range of issues, from shelter and mobility to infrastructure 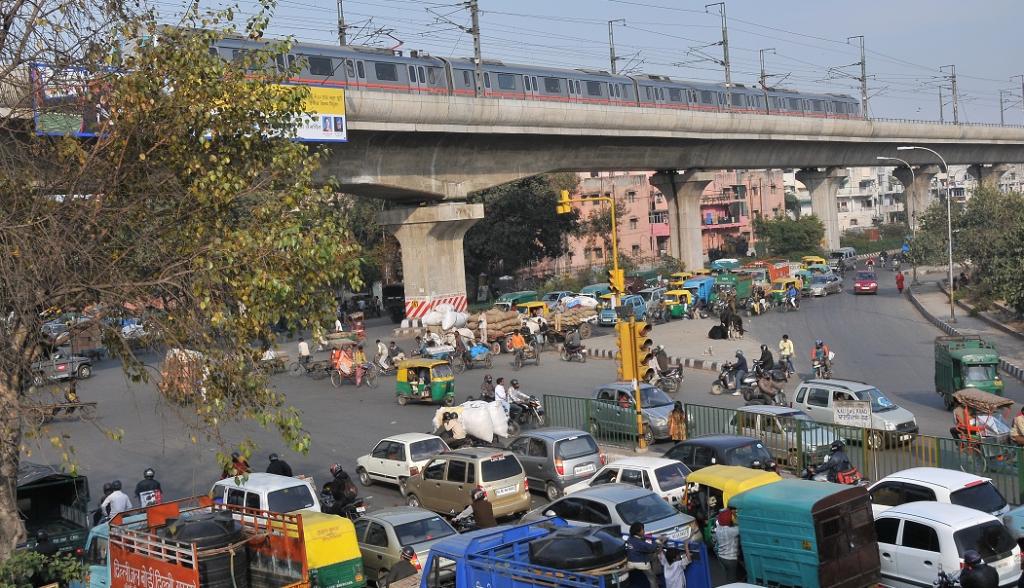 The Delhi Master Plan 2041 is out for public feedback. The Plan has been prepared by the National Institute of Urban Affairs on behalf of the Delhi Development Authority. It took four years of preparation. It is heavy on nice sounding words and phrases, but lacks substance, basic data and numbers worth of a Master Plan on a range of issues, from shelter and mobility to infrastructure.

The Master Plan has opened up the green belt of Delhi (on its periphery) for construction work. It has reduced the floor area ratio (from 4 to 2) for the land pooling scheme on the last remaining 22,000 hectares of land available in south-west Delhi.

On the other hand, it has allowed the densification of habitation in central Delhi. This is bound to result in the failure of the land pooling scheme, cause congestion and make living in Delhi a nightmare.

The water, waste water and solid waste management chapters of the Master Plan do not even summarise the numerical targets and plans, disaggregated actions and solutions proposed by the three municipal corporations, the Delhi Jal Board (DJB), Cantonment Board and irrigation department. These are simply provided as annexures to the 2041 Master Plan.

There is no blueprint for the lofty ideal of making Delhi water-secure. The estimated water requirement for Delhi in 2041 is likely to exceed 1,500 million gallons a day. This estimate is based on a lower per capita allocation of water supply by the DJB, as compared to the 2021 Master Plan.

Increasing the current (2021) water supply by 50 per cent, primarily from water supplied by Himachal Pradesh, Uttar Pradesh and Haryana, is not a worthy strategy to achieve water security for Delhi. It is also extremely risky in the time of climate change.

The Delhi Master Plan 2041 is a missed opportunity to implement decentralised systems. The metropolis has a large number of colonies with parks and public spaces, where waste water and sewage and septage treatment facilities could have been installed.

These could have replaced the centralised sewer systems that require a large volume of water for sewer flow and expensive pumping and electricity burden, besides operations and maintenance of sewerage networks.

The Plan pays lip service to the municipal solid waste problem facing Delhi. The city currently generates an estimated 12,350 tonnes of waste per day (TPD). This will rise up to 18,915 TPD on the basis of a linear population growth rate.

This may be an underestimation given that solid waste generation may not increase at a linear pace as population. The Master Plan introduces terms like ‘minimum waste localities’ and ‘repurposing waste infrastructure’, without telling us what each strategy will contribute to in addressing the 18,915 TPD waste generation in 2041.

Paradigm-changing objectives for water, waste water and solid waste management were needed to address the imminent water insecurity and mounting solid waste dump sites of Delhi. A set of vague strategies are proposed that miss out the most critical priorities facing Delhi. The chapter on climate change in the 2041 Master Plan, fails to acknowledge the role that water augmentation can bring.

The Delhi Master Plan ignores the guidance offered by the CPHEEO Manual of 2013, that underscores the inappropriateness of centralised sanitation systems for India, specially in the arid and semi-arid context of Delhi and several other cities of India.

Part A, Preamble, Page 1-2 of the CPHEEO manual, says:

It is also necessary to recognise that the practice of piped sewer collection is an inheritance from advanced countries with high water usages, which permit adequate slushing velocities. Due to their high per capita water supply rates, the night soil does not settle in pipes and hence, there is no choking and no sulphide gas generation. Whereas, in the Indian scenario, the per capita water supply is low and inequitable in many cities and that too, intermittent and this results in settling down of night soil in the sewers, choking, gasification, etc, which very often necessitates extreme remedies of cutting open roads to access and break open the pipes for rectification and so on.

Had Delhi shown the way for the promotion of decentralised sanitation systems in its 2041 Master Plan, it would have provided guidance to other metros and state capitals also.

The water, waste water and solid waste management chapters of the Delhi Master Plan 2041 need to be situated on the three strategic pillars or objectives that are relevant for all mega cities of India:

Augmenting water supply from own resources: Delhi is likely to face a serious water crisis. Meeting at least 25-50 per cent of the drinking water supply requirement of Delhi through treatment and re-use of its 1,200 million gallons per day of waste water generated, should have been an objective of the 2041 Master Plan.

There should be a commitment to proportionately reduce dependence of water from other states. This is to be achieved through stringent waste water treatment and re-use of waste water for the drinking water requirements of Delhi. A massive decentralised ground water recharge should be undertaken across Delhi. This would truly result in making Delhi water-secure.

Climate-change readiness: Delhi needs to prepare for imminent water emergencies and shortages. There should be institutional preparedness for dealing with a failed monsoon and water supply being cut off from neighbouring states.

The Master Plan 2041 needed to highlight the urgency of preparing protocols for declaring a water emergency for a metro like Delhi. The norms and procedures to be followed for water use, its rationing and monitoring, to ensure equity and social harmony is not disturbed.

A City Master Plan is a essentially a spatial land use development plan. The Delhi Master Plan 2041 needed to be situated within the National Capital Region Regional Plan. As Delhi has reached its limit for undeveloped land, what was expected, was a firm commitment for recreating public and basic infrastructure as the top most priority.

This means allocating land for decentralised waste water and solid waste management in the heart of Delhi, besides a commitment to at least 50 per cent new housing for the poor and lower middle class and facilities for the homeless. Land should also be prioritiesed for social infrastructure, universities and higher education institutes, health infrastructure facilities, recreation and sports facilities.

The draft Delhi Master Plan 2041 in its current form, is a missed opportunity to serve as an urban planning guidance for the big metros of Mumbai, Bengaluru, Chennai, Kolkata and several state capitals and cities. If released in its present form, it may set a dangerous wrong precedent for other metro cities of India.