Smart cities are becoming a great model for studying the suitability of sensor-based monitoring instruments.

Since environmental quality monitoring (EQM) is one of the major initiatives in a smart city framework, this becomes an important aspect for three reasons:

Sensor-based monitoring technology is just what is needed to achieve these objectives.

Smart cities — much-needed platforms for on-field use and evaluation of sensor-based technology — are projects that were launched under the Smart Cities Mission (SCM) by the Union Ministry of Housing and Urban Affairs (MoHUA) in 2015. Its objective is to drive economic growth and improve quality of life by enabling local area development and harnessing technologies that lead to smart outcomes.

Additionally, there are pan-city initiatives in which smart solutions are applied for covering larger parts of the city.

The 2015 Smart Cities Mission Statement and Guidelines report by the Ministry of Urban Development (MoUD) highlighted sustainable environment as one of the core infrastructure elements in smart cities, with an emphasis on air and water quality monitoring.

Many special purpose vehicle (SPV) entities have issued tenders for the work of developing a monitoring network to private players under this initiative.

EQM has begun in many smart cities and the results are being recorded, analysed and used by Smart City Authorities (SCAs).

At present, Bhubaneswar is one of the six non-attainment cities of Odisha according to the National Air Quality Monitoring Programme and has only six monitoring stations.

It requires at least three more stations, according to the Central Pollution Control Board’s criteria, highlighting deficiencies in spatial coverage.

None of these stations are real-time and lack temporal coverage, something that is needed to take prompt action in case of a sudden event. Under the National Clean Air Programme, new monitoring stations were sanctioned. It will, however, take time before they are up and running. 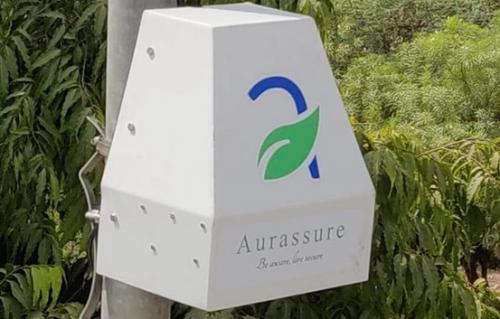 The instruments transmit sensor data to the cloud platform through Ethernet / General Packet Radio Service connection, where it is stored and real-time analysis is done to make it meaningful.

It is then visualised using a pollution-monitoring dashboard, where data is presented using interactive graphics and statistics for easy interpretation by citizens and administrators.

These stations are made suitable for open-air deployment; with lithium batteries and 230 volt AC power and a provision for solar panel charging to ensure continuous operation.

Before this, Phoenix Robotix collaborated with Honeywell International Inc to deploy 50 environmental sensors instruments across Rajkot Smart City, a non-attainment city in Gujarat. This network measures oxides of nitrogen (NOx), SO2, CO2, CO, O2, PM, temperature, RH, ambient light, noise, etc and were operational on September 21, 2017 under the Eye-Way project. 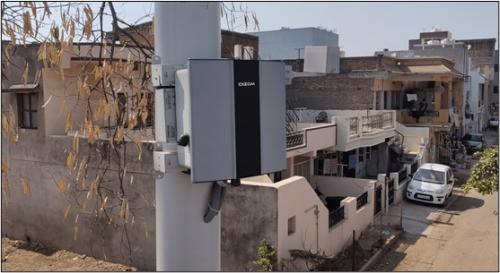 The real-time data is sent to Oizom’s central server through the cloud for analysis, and subsequently, results are shared with authorities at their command and control centre’s (CCC) dashboard.

In Kakinada, Oizom has collaborated with Kerlink — an internet of things (IoT) solutions provider — to power Polludrone through Kerlink’s Wirnet stations. 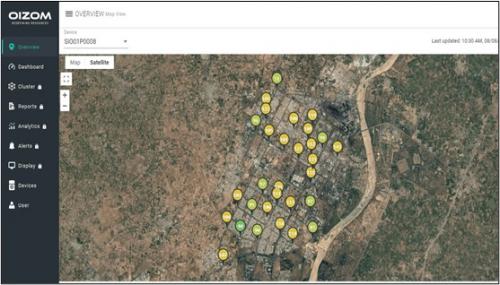 Bosch is another company that has deployed Climo, its sensor-based instrument in Pune Smart City across 50 locations, with the Pune Municipal Corporation selecting these locations based on comprehensive prior assessment.

PM10, PM2.5, CO, CO2, NO2, O3, and SO2, as well as atmospheric parameters like temperature, RH, UV radiation, light intensity and sound (to measure noise pollution) are measured. Data analysis and visualisation happens at the Pune smart city’s CCC. 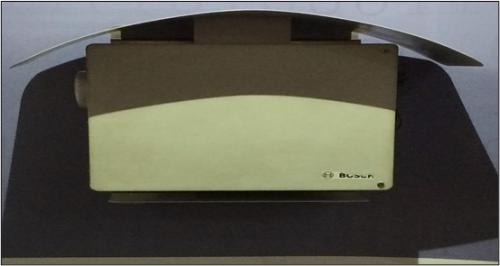 Bosch is another company that has deployed Climo, in Pune Smart City across 50 locations Source: Centre for Science and Environment (CSE), India

These cases highlight how sensor technology finds a strong footing in smart cities. With a total 99 cities at the end of the fifth phase selection process in January 2018, the market for this technology is only increasing.

Multi-parameter sensors technology with an IoT platform forms a network of connected devices that are linked to the CCC with high-speed and robust wireless networks.

Raw data of the sensors is transferred for data analysis, after which, it is communicated to a wider audience using data visualisation platforms: Alerts, insights and information aimed at initiating suitable action.

Implementing these actions inspires better decisions and behavior change in smart cities, companies and the public, highlighting the power and capability of sensor-based technology to drive behavioral change at different levels.

Combining the sensor network with existing regulatory network can make things better: Even with errors in the sensor instrument’s measured data, its data can still be correlated with those of regulatory instruments to understand the level of deviation and then subsequently rectified using suitable techniques.

This also leads to the formation of a monitoring network that’s more intricate, has a larger sphere of influence and gives continuous real-time actionable data.

Indian cities won’t be the first to follow this model: Something similar is being carried out in smart cities outside India like Minnesota and Chicago in the United States, London in the United Kingdom and Barcelona in Spain. All cities report a positive impact of such heterogeneous monitoring.

What remains vital is bringing regulatory agencies on board. State pollution control boards (SPCBs) can surely liaise with SCAs to strike an agreement on data sharing and cooperative work: A major issue plaguing most of the government agencies.

In most cases, regulatory agencies have shown lack of openness to this technology.

There is, however, some hope as some SPCBs have shown a positive inclination to this technology and are open to testing it for their better understanding.

The smart city model provides a suitable and feasible opportunity to assess the performance of the sensor-based technology and determine the boundaries of its application and subsequently define and standardise it.

The path that must be taken to standardise this technology is to define its application boundaries, something that is equally crucial and which regulators must have a huge say in, as they understand ground realities better than researchers or academicians.

Regulatory participation and acknowledgement in helping this technology improve, therefore, is imperative for its future growth. This must surely be looked into, as regulatory agencies face cash crunches and are understaffed, especially in the monitoring realm.