Structural safety: preparing for the big one 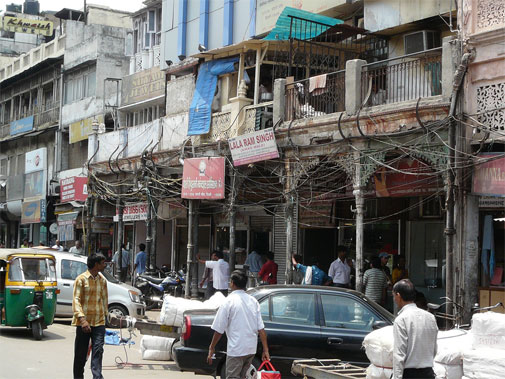 What do Delhi, Mumbai and Kolkata have in common with Kathmandu? Seismologists believe these Indian mega cities are likely to be rattled by a major earthquake in the near future. Even if the intensity of such an earthquake is lower than the one that razed the Himalayan nation’s capital, the magnitude of devastation could be manifold. Reason? Earthquakes don’t kill, buildings do.

According to National Disaster Management Authority’s (NDMA) 2014 report on “Seismic Retrofitting of Deficient Buildings and Structures”, more than 25,000 people were killed in building collapses during earthquakes in the last 25 years. The report also points out that the condition and quality of Indian building stock is very poor when it comes to seismic performance.

What not to build

It is a myth that most of the damage is done by shaking of the ground during an earthquake. But ground-shaking is a complex phenomenon. When the ground rattles beneath a building, it makes the building sway. Popular perception is that a skyscraper would be more dangerous than a smaller office building in this scenario, but in fact, the opposite is often true.

Taller structures are more flexible. They absorb earthquake vibrations by distributing them along their height. This usually lowers the impact of the earthquake. In case of shorter buildings, the force of the earthquake gets concentrated due to the lack of space to dissipate it, often resulting in collapse. For this very reason, a three-storey apartment house is considered more vulnerable to earthquake damage than a 30-storey skyscraper. Therefore, when planning earthquake resistance, shorter buildings need support elements to withstand greater forces.

The ground below a structure is as important as the construction. Bedrock absorbs more shock waves than sandy soils or landfills. So buildings on solid rock will be much less affected than those built on softer soils. And if softer soils have water in them, they can become a little like quicksand during an earthquake. When seismic waves pass through saturated soil, the soil loses its strength and behaves like a liquid in a process called liquefaction. Buildings on top of liquefied soil sink, and often topple.

How an earthquake will affect a city has a lot to do with how the city, its citizens, its governments and neighbours have engineered buildings and civic infrastructure. In fact, engineering seismic safety involves the same considerations as any real estate venture—design, construction and location. Today, India has a fairly good range of seismic codes covering a variety of structures, ranging from mud or low strength masonry houses to modern buildings. Most of these have been made mandatory for cities in seismic zones. However, the key to ensuring earthquake safety lies in having a robust mechanism that enforces and implements these design code provisions. Regular instances of building collapses, even in the absence of earthquakes, reflect how ineffectively they have been enforced.

A little extra now for a safer tomorrow

Quakes in Los Angeles and Japan saw buildings and freeways, built to strict seismic standards, collapse. This was due to a lack of understanding of how the structure will behave in totality in relation to immediate surroundings during an earthquake. Researchers at IITs have developed shake tables that can subject scaled building models to quake-like forces to help determine possible failures that need fixing. Computer simulation software is now available to aid seismic design.

The cost of being caught unprepared by an earthquake will be several times higher than the little extra we need to invest to make our buildings and cities earthquake resistant. Enforcement of seismic codes needs to be improved. Further, seismic codes are great as far as new buildings are concerned, but there is also a need to retrofit existing buildings to make them safer. We already have excellent guidelines, but there is no policy or framework in place to initiate this massive project. NDMA has urged local governments and citizens to take preventive measures, but nothing concrete has happened so far. It’s time we moved faster.

Lessons can be drawn from cities like Tokyo and San Francisco, which regularly battle shaking grounds with their seismic-resilient engineering. We cannot stop an earthquake, but we can avert fatalities and property damage by taking action now.