So far, smart cities have been all talks and no action. Will 2015 be any different? A quick account of what Narendra Modi needs to fix to make the grand vision a reality

So far, smart cities have been all talks and no action. Will 2015 be any different? A quick account of what Narendra Modi needs to fix to make the grand vision a reality 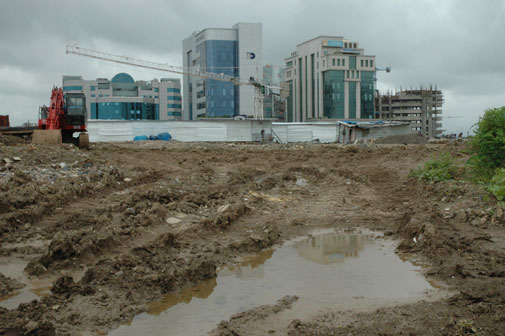 2014 has pretty much been spent talking smart cities. My inbox has been clogged with invites to conferences on smart cities while magazines and newspapers on my desk overwhelmed with op-eds on it by pundits from all hues of professional spectrum and corners of the globe.

An amount of Rs 7,060 crore was allotted in the current fiscal for smart cities and urban renewal but nothing concrete has happened on ground or on paper. With just three months left for the fiscal to end, it is highly awkward that there is no official policy, guidelines or concept note to direct utilisation of this mega money. This, by any measure, cannot qualify as smart development. But before passing judgement, let’s understand what the challenge is.

‘Cities are engines of growth’

Historically, cities were never on the government’s priority development agenda as policies were governed by the dictum that “India lives in her villages”. It is in this context that the National Democratic Alliance (NDA) government’s grandiose “100 smart cities” project holds mega significance as it marks a momentum shift in national policy. This is a positive move as India is rapidly urbanising, and much needed expansion of the previous Jawaharlal Nehru National Urban Renewal Mission (JNNURM) which was limited to 65 select cities. The new vision is to cover urban renewal of 500 cities, rejuvenation of heritage cities (like Varanasi) and the implementation of 100 smart cities (understood to be both “greenfield” and “brownfield” development).

Indian cities have been failed by their planners, engineers and governments and their collective desire to copy London, Tokyo or New York. The buzz over smart cities is interesting as for first time politicians are talking about improving our cities based on systems instead of aesthetics. But there are genuine fears that we might fall into the trap of westernised idea of smart cities and empty our limited coffers in building something which might further reduce our urbanscape into refined, high-end enclaves surrounded by vast, formless slums where issues like e-governance and broadband connectivity have little immediate relevance. Today, smart thinking will require not only copying the model cities of the already developed Western world, but also find a new measure of liveability that will work for the Indian situation, where the cost of growth is unaffordable for most.

Formulating guidelines for such ambitious vision can be time consuming and government should rightly take its time to get the details right. We cannot afford any more half-borrowed and half-understood schemes. The last government’s urban renewal mission couldn’t achieve its target, mostly owing to differences over money- and responsibility-sharing arrangements between the Centre and states. And the same malice seems to have stuck smart cities.

Times of India reported on December 21 that Rs 800 crore or just 11 per cent of the money allotted for smart cities has been spent so far by the Union urban development ministry. Most certainly, 80-85 per cent of the fund would have to be surrendered come April. This is when about 250 under-construction urban infrastructure projects have been stalled because of drying up of Central government funds. This step-fatherly treatment of discontinuing funds for projects which were started under aegis of previous government’s urban renewal mission is being justified on the ground that the scheme completed its sanctioned nine-year term on March 31, 2014.

It is highly unlikely these projects will be scrapped as thousands of crores have already been spent. Further, unlike mindless urban beautification drives such as the Ambedkar Parks of Uttar Pradesh, most of the stalled projects are genuine infrastructure projects which the respective cities are in dire need of. Interestingly, many are co-financed by states run by the BJP, indicating that in-principle even the ruling party supports the projects if not the model of their parent scheme. Even though NDA can be pardoned for the missing action plan on smart cities but this dual wastage of public money (due to delay of projects) and mandate (due to indecision on this matter) is hard to digest.

We have already inherited cities with very compact, walk-to-work, mixed-use, high density and resource efficient urban form which western cities are now recognising as sustainable urbanism and trying to achieve for themselves. We need to build on our strength and engage appropriate technology to modernise. Street smart is what Indians are known to be and we need to capitalise on this. Empowering cities and its people with not just smart policies and digital management systems but with the mandate, the means and the creativity to execute and implement them is what is desired of NDA government. City governance needs overhauling and strengthening in addition to their hard and digital infrastructure. And both need to happen simultaneously.

Therefore, agenda 2015 for the ministry should be to bring a desired conclusion to the projects left unfinished by the last government, and, meanwhile, roll out an action plan for smart cities which not just makes them smart but also inclusive and dynamic to address all that ails our cities: housing, water, energy, pollution, waste, mobility and inequality. And this has to happen on ground and at its earliest, just sitting over the money and mandate is not smart at all.