We need smart governance to make smart cities a success

The smart city scheme treats every city as a living laboratory. Indian cities are, however, not at a stage where they can sustain experimentation anymore

The smart city scheme treats every city as a living laboratory. Indian cities are, however, not at a stage where they can sustain experimentation anymore 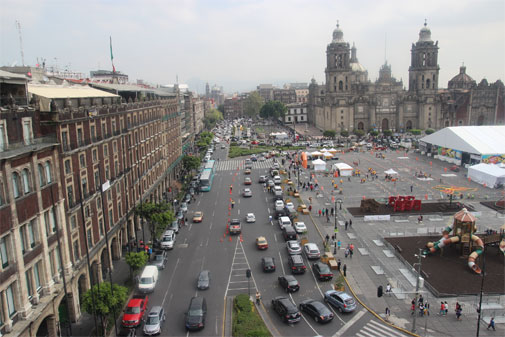 “There is no one-size-fits-all solution to the challenges facing our cities, but the issues need to be considered together. From the urban design and planning point of view, the well-connected open city is a powerful paradigm and an engine for integration and inclusivity,” said Richard Rogers, a British Architect in the Future of London’s Property Market debate in February 2013.

There has been a lot of hype in the media about the launch of the scheme for 100 smart cities and the rejuvenation and transformation of 500 cities with budget allocation of almost Rs 1 lakh crore to be spent over a period of five years. Rs 1 lakh crore for 600 cities in India means each city has roughly Rs 166 crore to transform and become smart enough for people.

But wasn’t a similar budget allocated to the Jawaharlal Nehru National Urban Renewal Mission (JNNURM) scheme? Launched in 2006, JNNURM was a reform-driven Central assistance programme to provide rapid but planned development in 65 cities in India.

So, the question is how Rs 1 lakh crore will transform 600 cities when JNNURM couldn’t transform even 65 of them. To top this all, the concept note on smart cities emphasised the use of technology, but did not define smart cities, especially in the Indian context.

Thus, are we moving towards a new disaster with this new scheme?

It is important to ask how we would define a smart city. Is it one where non-motorised modes and public transport are promoted and where there is seamless last-mile connectivity? Or a city where technology comes to the rescue for every problem?

Since the launch of smart cities, everything has been termed as “smart” solution—smart transportation, smart buildings—but all innovations have opportunities and risks. The smart city scheme treats every city as a living laboratory for experimentation. Indian cities are, however, not at a stage where they can sustain experimentation anymore.

The note circulated in Lok Sabha in November 2014 states, “Cities which have smart physical, social, institutional and economic infrastructure and generate options for a common man to pursue his/her livelihood are smart cities.”

In reality, common people in most Indian cities use public transport, walk and cycle to reach their destination, but recent mobility projects implemented in cities include costly projects like the metro, bus rapid transit (BRT) systems and kilometres of flyovers. Of the total money allocated under JNNURM, 80 per cent was spent on widening roads and constructing flyovers in the transport sector.

Even though the smart cities policy has generated excitement among consultants and the elite, there are several doubts over whether it would translate into more sustainable and better-governed cities. Strong and effective governance is required to make these plans a success. But the governance system in Indian cities is fragmented as departments work in silos, affecting the quality of services.

The urban local bodies, municipalities and concerned departments lack staff trained in these domains. Many urban planning and transport authorities in Indian cities still don’t have planners on their staff. In places where urban planners exist, technology as the main driver of the smart city concept renders the role of the urban planner superfluous. The policy does not empower or educate citizens to be part of the city designing process.

The smart city concept must involve both citizens and governing agencies to gain wider acceptability and transparency. It requires a centralised metropolitan governing structure. Technology should be used only as a tool to monitor urban services and not considered as the only solution. This is being practised in many European countries for some time now.

The proposed smart city policy scheme sounds more like a real estate project for the elite than one that focuses on the common people. With such an approach, the government will not be able to elevate infrastructure and opportunities for all classes.

People migrating to Class I cities require comfortable and affordable housing, mobility systems, clean air, sanitation and access to other urban services. Since such services are not affordable in city centres where most jobs are located, people are forced to find housing in cheaper outskirts, leading to sprawling of cities and lack of access to comfortable modes of transport.

It’s high time the government understand that a smart city should be a socioeconomic development concept instead of only a technological one. The mere adoption of technology will not guarantee the success of smart cities.