In my previous article I wrote that India should demand an ambitious climate change deal, because we need the world to stay safe—below the guardrail of 2°C rise in temperature. I also said that for the deal to be effective, it is necessary to ensure that every country has the right to development but within the planetary limits. In other words, we must operationalise equity, a prerequisite for global cooperation on climate change.

But at times a week can be a long time for international negotiations that have been stuck for 20 years. Last week, the US and China signed a bilateral agreement to cut greenhouse gas emissions. Western commentators have been ecstatic, lauding the deal as both historic and ambitious. With China in the bag, India is the target. It is already painted as the bad boy in climate change negotiations. The question on the minds of US-based journalists and NGOs is: when will India agree to cut its emissions?

As I said, a week can be a long time in climate change negotiations. While the world has not been able to operationalise equity for the past 20 years, US President Barack Obama and Chinese President Xi Jinping did it at one stroke. They operationalised equity, but in a way that will take us all to a sure catastrophe.

How? My colleagues have done some number crunching on the US-China deal. Under this agreement, the US has agreed to take domestic actions so that it will reduce its greenhouse gas emissions by 26-28 per cent below the 2005 levels by 2025. China has agreed that it will peak its greenhouse gas emissions by 2030 and then start reducing it. It has also agreed to raise the share of non-fossil fuels to 20 per cent of its primary energy mix by 2030. Time for a loud hurrah? Not so fast. 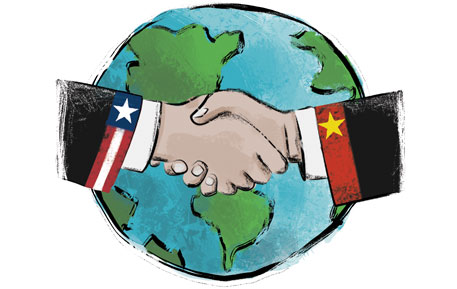 First, what this means is that the US and China have agreed to “equalise” their emissions by 2030. Both countries would have “equal” per capita emissions in 2030. The US would reduce emissions marginally from its current 18 tonnes per capita and China would increase from its current seven-eight tonnes. Both the polluters would converge at 12-14 tonnes per person per year. This is when the planet can effectively absorb and naturally cleanse emissions not more than two tonnes per person per year.

The problem is that the occupier gets it all. This deal has defined equity as good for the US and China, but bad for the planet. At this level of emissions, the world will definitely cross the 2°C mark and go towards 4-5°C, unless India, Brazil, South Africa and all the rest of the emerging world stop their emissions right now.

This is now the next move. In the well-orchestrated media and NGO campaign, pressure is being put on India and the rest to forego their right to development. They must act, says the pack. The US and China together have shown the way.

So, what should India do? Going by the US-China deal, India needs to do nothing. Its current per capita emissions are 1.8 tonnes and by 2030, under the business-as-usual scenario, it will be 4 tonnes—nowhere close to that of the US and China. Between 2011 and 2030, China will take over 25 per cent of the remaining carbon space; US will occupy 11 per cent more and India only 7 per cent more. So, unless the Indian government wants to tell its people they are second-class citizens of the world, it should start occupying more. In other words, post the US-China agreement, India should be accelerating its growth so that it can catch up.

PS: I say this with great sadness but I know that my words will not be read or understood by the many US-based journalists who have been calling to ask why India is not as “responsible” as US and China.