Tribal religious beliefs are codes to preserve resources critical to their people's survival. The recent Supreme Court order on the Vedanta project brings this into focus

India's ecologically rich areas happen to be sacred places for local communities. Do you see the connect? Tribal religious beliefs are codes to preserve resources critical to their people's survival. The recent Supreme Court order on the Vedanta project brings this into focus. But there is hesitation in accepting the tribal ecological beliefs that run contrary to contemporary development model

“This shining water moves in the streams and rivers is not just waters but blood of our ancestors. If we sell you land, you must remember that it is sacred and you must teach your children that it is sacred and that each ghostly reflection in the clear water of the lake tells of events and memories in the life of my people. The water’s murmur is the voice of my father’s father”.
-- Indian owner of a sacred land to his English buyer in 1854
(documented in Sikkim High Court records, 1995)
“Religious freedom guaranteed to scheduled tribes and the forest dwellers under Articles 25 and 26 of the Constitution is intended to be a guide to a community of life and social demands. The above mentioned Articles guarantee them the right to practice and propagate not only matters of faith or belief, but all those rituals and observations which are regarded as integral part of their religion. Their right to worship the deity Niyam-Raja has, therefore, to be protected and preserved.”
-- Supreme Court, in the Vedanta order dated April 18, 2013 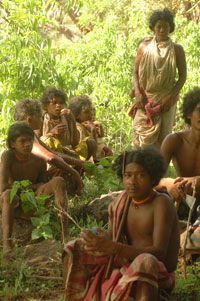 On April 18, the Supreme Court ordered that the village councils in Odisha's Rayagada and Kalahandi districts would decide whether their right to worship is violated by projects of mining and metals giant Vedanta. The court in no uncertain terms upheld the tribals' right to worship. The much-contested project now depends on local communities' religious beliefs.

Vedanta wants to mine bauxite from the Niyamgiri hills. The Dongria Kondhs treat these hills as their god, or Niyam Raja. “Needless to say, if the bauxite mining project, in any way, affects their religious rights, especially their right to worship their deity, known as Niyam Raja, in the hills top of the Niyamgiri range of hills, that right has to be preserved and protected,” the apex court ruled.

The apex court upheld two major rights: the constitutional right of tribals to their own way of life and the right of the community through village councils to decide on affairs that may negatively impact their lives.

Memories are interactive. As I jog my memory, I land high in the Himalaya in Sikkim. To be precise, in Yuksom, the first capital of Sikkim located at the head of the Khangchendzonga National Park. Some 15 years ago, the local communities here waged a similar battle to protect their sacred beliefs, and the ecology.

In 1997, the state government scrapped a hydro-power project on Rathong river that flows by the Yuksom, considered sacred by the local communities. Thee government had already spent Rs 33 crore on it. I reported the long struggle by monks and local communities against the project. At that point of time, arguably, that was the first project in India to be scrapped on the basis of religious belief. A case against the project in the high court witnessed arguments revolving around the inevitability of tribals' belief to protection of local ecology. 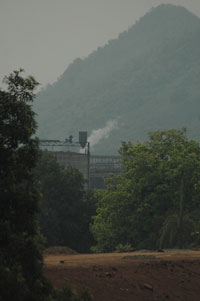 Yuksom is where the fabled Shangri-La is, as the local people believe. The whole region, up to the peak of Khangchendzonga, is sacred. So scaling its peak is prohibited. Mountaineers stop a few metres short of the peak. “It is sacred land,” reminded my guide Ugen Bhutia. Rathong river is also sacred and its water is considered equal to nectar.

The place, known to be the heart of Sikkim’s culture, made history when monks and lamas came out from their religious quietude to protest against a development project. They demonstrated in public and fought court cases; armed, not with evidence, but beliefs. They won it.

The project was scrapped on August 20, 1997, honouring the sacredness of its locale. “Why they had to destroy the mountain when the river can naturally flow ?” Ugen asked me several times when I was trekking an abandoned channel of the scrapped project in 1998.

For the local communities, there is hardly any difference between religious faith and protection of environment. Monks who protested did talk about religious beliefs but argued its intimate links to local ecology.

The recent verdict on Vedanta refreshes not only a little known victory for ecology but also the debate: whether religious belief or sacredness of a place can be the basis for scrapping various projects. Middle class sceptics baptised in the growth mantra have resented the order. A newspaper headline read: “SC leaves Vedanta's fate in tribal deity's hands”. Two years ago, a senior state official while visiting Niyamgiri queried: “Where is the temple?”

As it is turning out, the order has metamorphosed into a battle of beliefs of 'us' and 'them'. In this case 'they' host the resources – land, forest and water – that are fuels for development for 'us'. The same Vedanta that helps people construct temples under its community outreach programme or must have a worship place inside its refinery is contesting the belief of 'they'.

One can't have a whole landscape as a god, many argue. Interestingly the government environmental regulations and the laws that protect tribal population have the same axis: save ecology to save tribal lives. 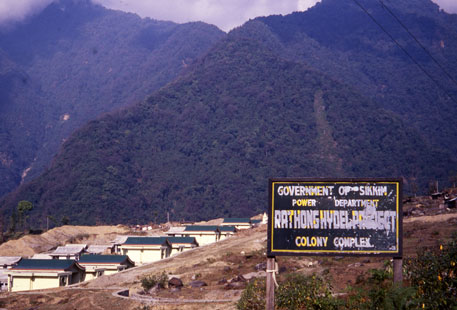 On the face of it there is no conflict between tribal belief and government's intent to save environment. So, from where does the the conflict originate? It is from the battle over who wants what resources for which purpose. A Dongria Kondh worships a hill top full with bauxite ore because it sustains the perennial streams. The streams are so critical to Kondhs' survival that there is a tribal sub-group that calls itself Jharania (streams) Kondhs. Every stream, every hill, every corner of a Kondh house and in totality the whole ecology is considered sacred because each of the resource plays critical and supplementary roles in their lives. The belief of 'us' contradicts it. Bauxite is a material need for us; for Kondhs it is the sponge that soaks life-giving water.

In the next five weeks, the Kondhs will assemble in gram sabhas as directed by the court. Activities have already started—at the government, non-government and corporate levels—to make sure the village councils deliver a favourable decision. One way there are efforts to pursuade Kondhs to trade their belief for sustaining the new belief that Vedantas of the world advocate. It will be a perfect testing case for the cliché: belief moves mountains.