Conserving Chitkul: Why the ‘last village of India’ cannot be allowed to drown in plastic 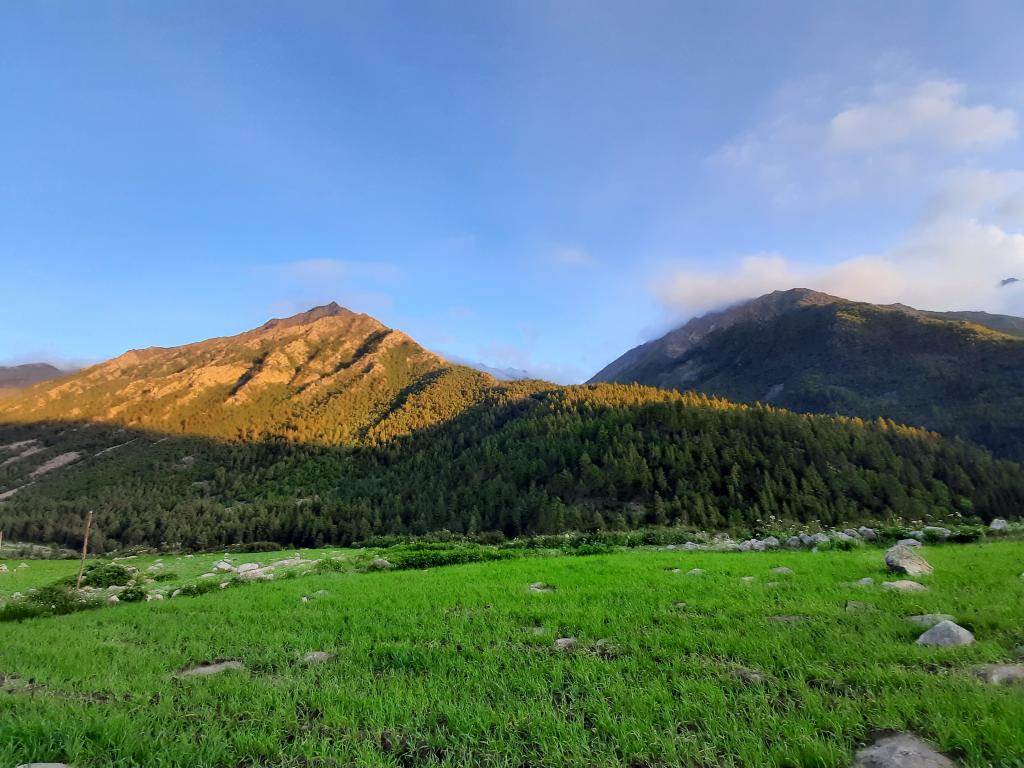 Chitkul in Kinnaur district is home to an ancient mountain culture, high mountains and beautiful forests and is also the new outpost of the intrepid tourist.

As soon as a fresh slice of nature’s wonder is discovered by tourists, its charms are documented in blogs and stunning photos posted on social media, attracting droves of visitors to a fragile landscape.

Chitkul entered the traveller’s bucket list in a similar way by 2016 as the ‘hidden haven of the beautiful Sangla Valley’. The village is so difficult to reach that even locals would rarely make the rugged journey, complete the festivities in the 500-year-old Mathi Devi temple and return home in far-flung corners of the Kinnaur valley.

Yet, in 2018, the hamlet received many of the district’s 250,000 tourists, who bring with them plastic waste of every conceivable kind: Bottles and food packaging, among others. The pristine terrain has heaps of plastic waste lurking in its inconspicuous corners. Unsustainable tourism of this kind poses a massive threat to the ecology of mountainous region’s ecology that is vulnerable to climate change and environmental degradation. 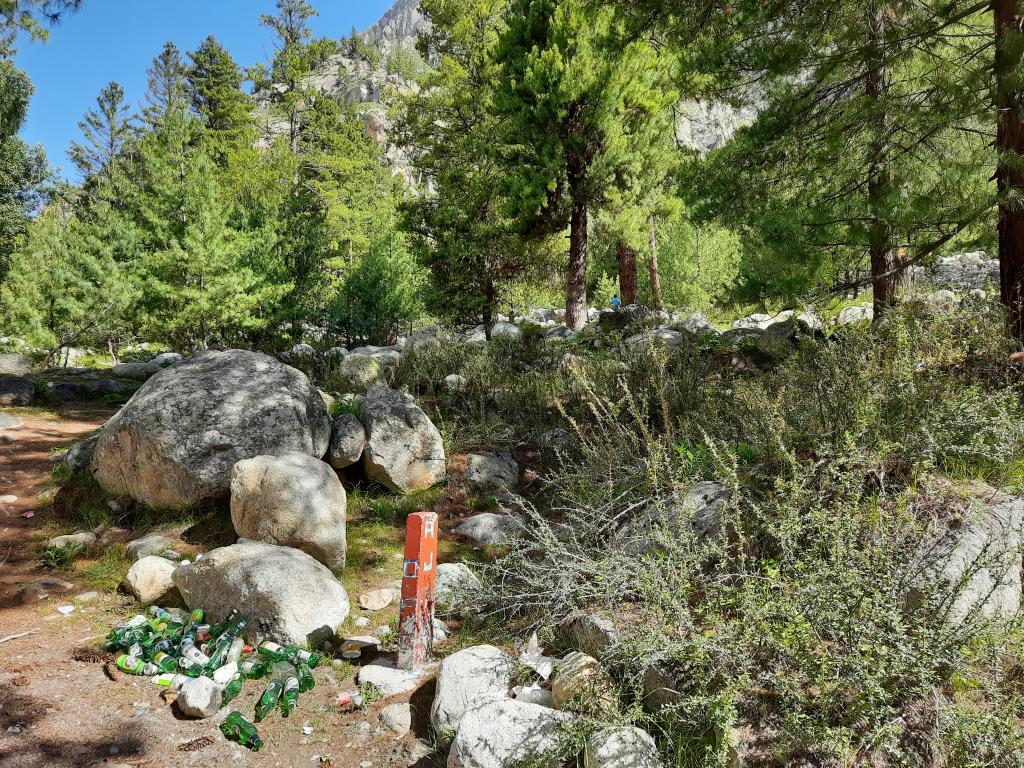 The blame, however, cannot be squarely placed on the tourists. They contribute to the local economy by staying at the 30-plus homestays or establishments owned and operated by locals. Local establishments need to integrate better waste management systems to circumvent the problem.

The local governance structure has installed a dumping yard at a corner of the village, though it can be debated how much of the waste lands in the unit and how much is carelessly strewn around.

The clear Chitkul nullah and rivulets originating from glaciers and chasmas (underground spring), though clean in the upper reaches, are increasingly getting degraded downstream before joining the Baspa river.

The sustainable longevity of the village located 3,450 metres above sea level goes beyond its relationship with tourism. Chitkul is also an important religious site as the resident deity of the village, Goddess Mathi Devi, is revered across Sangla valley.

Scores of her devotees and those of Lord Badrinath, Nag Devta and Shamshare Devta visit the village each year. The onus for responsible waste management falls on several stakeholders as well as the tourist.

The current practice of solid waste management in this village of 100 households and approximately 600 inhabitants involve collecting waste and sending it to a dump yard on the outskirts of the village, close to the famous ‘last dhaba’.

However, as the village grows beyond its traditional boundaries with upper Chitkul comprising most villagers and growing tourism ventures in lower Chitkul, the small dumping yard seems barely enough to absorb the growing waste from commercial activities.

Since 2016, many multi-storey buildings, cottages and tents have come up in the space between the village and the Chitkul government school and many more are under construction across the village. The recent proposal of a road beyond Chitkul connecting Harsil and Gangotri in order to open another approach to the Char Dham yatra might bring cheer to many but concerned locals fear that without controlled tourism, Chitkul could transform into a crowded Kasol or Manali as movement of tourists increase.

Yet, what sets the villagers of Chitkul apart from several booming hill stations is their sense of belonging to the region. A tribal landscape, the presence of indigenous customs stands tall even now.

Outsiders are not allowed to conduct tourism activities and rarely allowed to lease land in the vicinity. As a large part of the landscape is still forested and many valleys protected as part of the Rakcham Wildlife Sanctuary, scope for uncontrolled development is restricted.

Locals assert that they educate unruly tourists to follow the rules of sustainable tourism. Above all, a waste segregation plant is proposed to be installed at Rakcham 10 kilometres away, which will go a long way in tackling the waste management issues in the hills.

The local populace and administration also have an opportunity to adopt principles of responsible tourism.

First, as is the norm in many fragile destinations across the country, vehicles passing through a barrier after Rakcham should not only pay user-fee for tourism development but also be vigorously checked for plastic wrappers, bottles and non-biodegradable material.  Ancillary tourism benefits from trekking should be transferred to the local panchayat.

Second, a carrying capacity assessment to fix a limit of tourist visitation should be undertaken.

Third, ecologically responsible construction should be adopted that restricts unsustainably built high rises, even by locals. New construction permits should be restricted and allowed under strictly agreed guidelines.

Fourth, activities such as loud music and campfires should be disallowed before they become the norm.

Finally, waste management should be adopted on a priority and linked with the upcoming plant at Rakcham to ensure that the menace of plastic is nipped in the bud. The local bodies and administration cannot afford to delay adopting responsible practices lest Chitkul joins the multitude of degraded tourism sites in India.