In Odisha, a paradigm shift towards decentralised waste management

India generates 48 million tonnes of solid waste every year, of which 51 per cent is compostable organic waste and 18 per cent is recyclable materials from which a significant amount of revenue can be generated.

But due to very little source segregation and treatment, a majority of this waste ends up in one of the 3,159 dumpsites in the country, leading to massive loss of revenue and large-scale pollution.

Odisha, like every other Indian state, was struggling to manage its municipal solid waste on a day-to-day basis. The eastern state generates 1,935 tonnes waste per day, out of which 54.2 per cent is organic waste and the rest inorganic.

This large pile of waste was either lying inside wards of the cities or getting piled up at dumpsites owing to poor source segregation, irregular collection, unscientific transportation, and unavailability of proper treatment facilities.

The Government of Odisha, realising the threat to the environment, took a firm policy decision to adopt the decentralised systems of waste management in May, 2019.

The provision stated under clause 15 (Y) and 21 (3) of The Solid Waste Management Rules, 2016, provided the state with the legal instrument to exercise its power and authority to take this decision.

The referred clause describes that treatment facilities for dealing with 5 tonnes or less waste are exempted from seeking prior authorisation from the state pollution control board or pollution control committee.

The Housing and Urban Development Department (H&UD) took a historic step by issuing a directive to all the 114 urban local bodies (ULB) to cancel all on-going tenders that were not in line with decentralised micro-composting or material recovery to begin executing the plan July 16, 2019.

Simultaneously, the department was in the process of preparing the standard operating procedure (SOP) for decentralised solid waste management. Under these regulations, micro composting centres (MCC) would treat organic waste in an aerobic manner and material recovery facilities would sub-segregate dry waste before channelising into recyclers or processing facilities.

Finding appropriate land for setting up waste treatment facilities has been a challenge traditionally. Odisha, therefore, came up with a model design and drawing for micro composting centre and material recovery facility to optimise use of precious land and ensure that the facility is designed to deal with the existing and projected volume of waste generation.

The model design and drawings for the organs have been given to all the ULBs, the capacity of which varies from 1.5-5 tonnes per day (TPD), depending on the land availability.

The state focused mostly on traditional and time-tested technology, which are low-cost, easy to operate and maintain. The technology of tub-composting has been promoted by Odisha for the decentralised MCC. 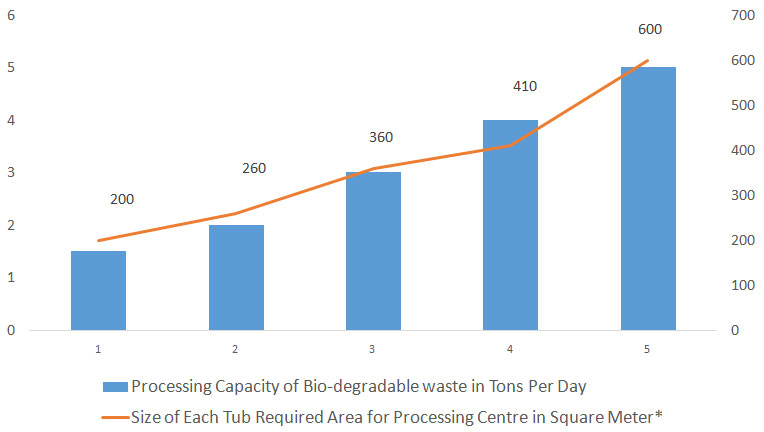 The main components of the SOPs are:

On July 30, 2019, the H&UD department officially released the SOP and communicated to all the 114 ULBs to adopt and start working on the same on a war-footing.

All the ULBs started implementing the SOPs according to the order and the progress was rigorously monitored by the state programme monitoring units. On local self government day on August 31, 2020, Odisha chief minister Naveen Patnaik dedicated 100 MCCs and 50 MRFs to the ULBs for their astounding achievement towards this paradigm shift.

The success of the operation in Odisha has demonstrated that a decentralised system is the best way to manage waste, considering all aspects of environmental and economical sustainability.