A zero waste toilet to achieve a clean India

Locals in Rae Bareli, Uttar Pradesh consistently choose evapotranspiration toilet, a zero waste model which requires no human intervention over other models we showed them 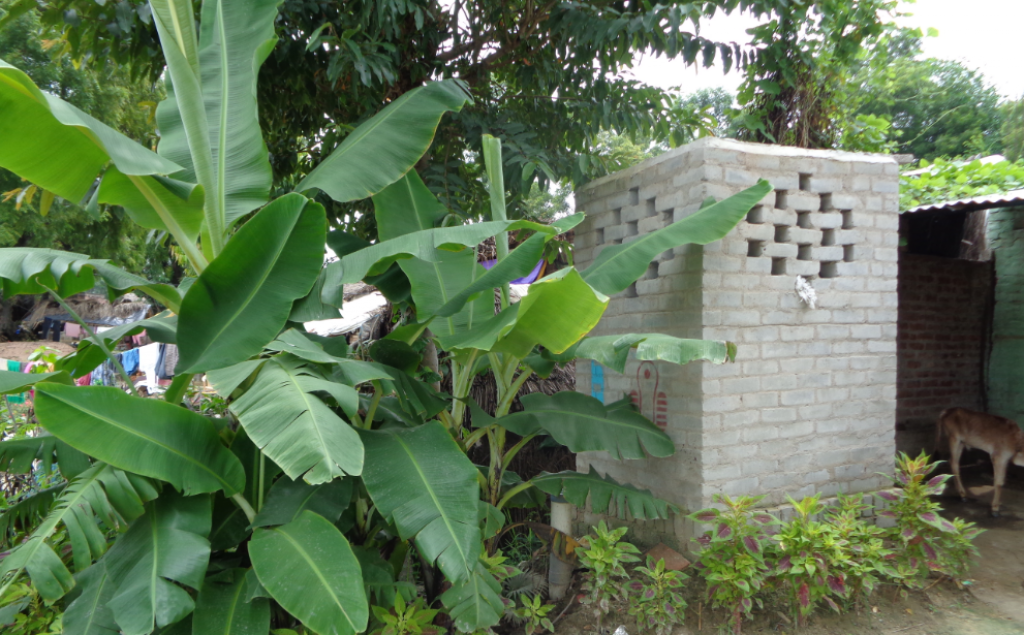 In 2013, an informal group of individuals, many of them researchers, surveyed Jagatpur village in Rae Bareli district, Uttar Pradesh (UP) and asked 30 households what they needed for their community. Almost everyone said toilets.

Since then, we have built over 140 evapotranspiration toilets, one of the first permeable roads in that area, a slow sand drinking water filter and solar powered homes, among other projects.

An on-site sanitation system for the chemical and biological treatment and reuse of household blackwater, the evapotranspiration toilet was developed and popularised more than two decades ago by permaculture practitioners in different countries, especially the US and Brazil. The tank in an evapotranspiration toilet is a variation of the centuries-old water wick. It is a natural, zero discharge system, which digests, absorbs, and releases all of the human excreta.

Although there is a consensus that most toilets in rural India remain largely unused, there is no consensus on the cause. Much has been said about how caste and behaviour affects sanitation, but I wanted to explore how design affected usage. My priority remains to make things that people can use and are environment friendly.

Why people use the evapotranspiration toilet

Its single largest advantage is that no human intervention is required to clean the tank and also why I believe people use them. The end user chose this model and they use this model, albeit not everyone and not all the time.

The evapotranspiration toilet has an impermeable, underground substructure filled with layers of organic material. The substructure decreases in size with each layer and the waste is filtered, released and absorbed by anaerobic digestion, capillary action, evaporation, and transpiration (see box below).

How waste gets treated in an evapotranspiration toilet

The tank’s size depends on the amount and kind of treated wastewater. If used properly, one unit can last a lifetime for a small family. While the total cost to construct one unit is Rs 10,639, a twin pit toilet costs Rs 15,000-20,000. 41.82 square feet of L-shaped land is required for one unit of evapotranspiration toilet. The substructure and superstructure are easy to build and repair using locally available materials. The model is not appropriate for areas with a high-water table, flood prone areas, or nearby open water bodies and is best suited to a sunny climate.

In a review of the evapotranspiration toilet by the Federation of Indian Chambers of Commerce and Industry lab, all determined parameters tested within the permissible limits. Coliform and E.coli were not detected in the water hand pumps in neighbouring toilets. The samples of soil from the toilet tank soil and bananas grown nearby tested negative for E. coli and Salmonella. The coliform tests were within a safe range. The moisture tests inside and outside the tank were of comparable values, indicating the tank is adequately regulating moisture.

As recommended by Arvind K. Nema, the Indian Institute of Technology, Delhi, there is a new slurry lining in addition to the plastic lining to meet the health challenges of waste leeching into the soil. As recommended by the Delhi-based Manifestation of Fluid Architecture, the superstructure is now made of eco-friendly brick-fly ash bricks as opposed to the red bricks used before.

In November 2016, the District panchayat raj office and our group dug up one of the toilet tanks, which is being used by a small family since more than two years. There were no blockages and there were visible signs of composting of the process.

We are excited to build consensus from the grassroots and work across platforms to continue testing this model.