The standing committee on urban development made 37 recommendations, 14 of which were accepted by the Union government 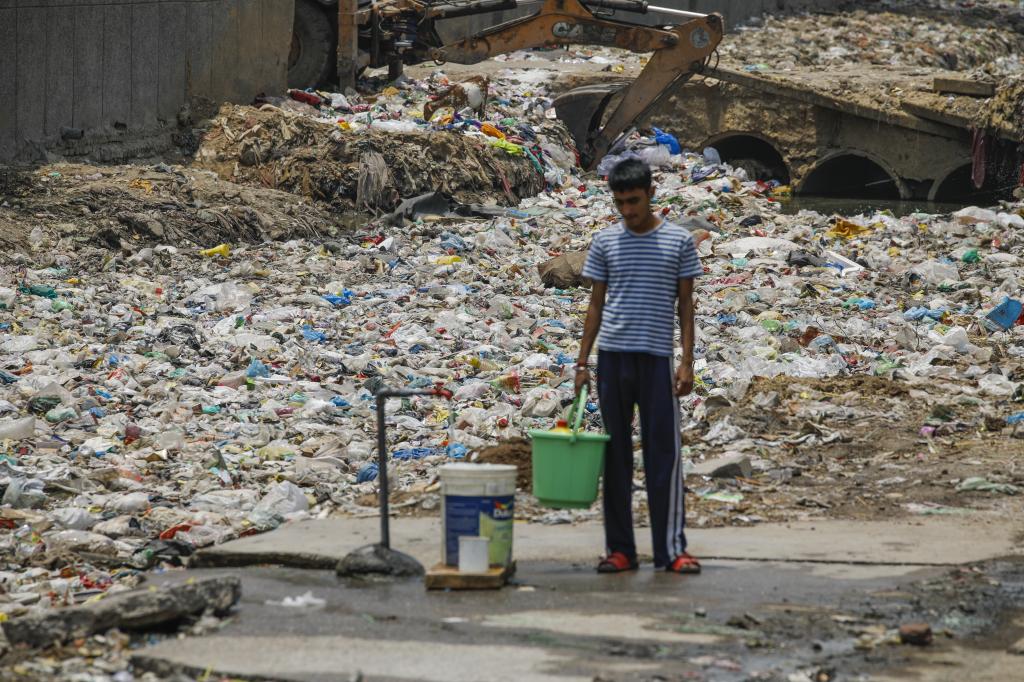 The parliamentary Standing Committee on Urban Development March 17, 2021 submitted a report on action taken by the Union government on its recommendations to improve solid waste management.

The 25th report of the Standing Committee on urban development provided details of the action taken by the Union government on its recommendations, made in another report on February 12, 2019.

While observing that waste management has become a major issue, the committee asked the Union government to provide fresh responses to several recommendations as most responses were ‘incomplete’.

Here, we look at the recommendations that have not been addressed properly by the Union government.

Recommendations: The committee asked the government to review the challenges of SWM in a manner that involves all stakeholders.

It stressed that a roadmap be charted and funds be arranged to address the challenge. To deal with the disposal of solid waste, the committee urged the central and state government as well as urban local bodies (ULB) to come up with a conjunct initiative.

The committee noted that the Central Pollution Control Board expressed its helplessness before regarding non-availability of accurate data. To understand the same, the committee opined that correct knowledge on the amount of waste generated be collected.

Action taken by the government: The Union government has specified that SWM Rules, 2016 have arranged down the roadmap for the scientific management of solid waste.  Help is provided to states through Swachh Asian country Mission (SBM), and there has been vital improvement within the process of SWM and door-to-door collection.

As sanitation could be a state subject, states and ULBs are completing their statutory responsibility in scientific SWM through their own sanitation workers, through aid teams (self-help groups), non-profits, integration of rag pickers, informal sector, etc. The committee expressed its discontentedness with the inconvenience of information on waste composition.

Recommendations: The committee counselled coming up with a phase-wise timetable that would facilitate achievement of scientific SWM through segregation of waste at source. Un-segregated waste is not collected in states such as Goa and Kerala. Similar practices promoting waste segregation ought to be extended to other parts of the country as well.

Action taken by the Government: The government has listed awareness drives and cities rating for cleanliness. However, the committee acknowledged that a timetable as instructed was absent.

Recommendations: Registration of rag-pickers, as decided by the Union Ministry of Housing and Urban Affairs (MoHUA) helps in reducing waste handling prices, and avoiding huge quantity of waste dumping at the landfills.

The committee recommended that door-to-door collection of waste by charging users for waste collection be started by all ULBs across the states / Union territories.

Action taken by the government: MoHUA responded that it engages with states / UTs and ULBs regarding integration of informal waste pickers / rag pickers in waste management. The integration was also made part of the assessments under Swachh Survekshans and the certification of Garbage Free Star Rating of Cities.

However, the actual registration of rag pickers has to be carried out by the states / UTs and ULBs concerned. The committee, however, found that full sweep of the recommendation made by them has not been addressed in action taken replies furnished before them. The committee, therefore, reiterated that their aforesaid recommendations should be well understood and addressed fully in final action taken reply of the MOHUA.

Recommendations: The committee examination revealed 2,000 tonnes of sanitary waste is generated in India every day. This can be disposed of carelessly creating the informal workers at the risk of deadly diseases such as HIV, hepatitis B and C and Ebola virus.

The committee opined that the makers of diapers and hygienic napkins ought to explore the utilisation of materials used in the product. The Union health ministry was asked to apportion adequate funds to better manage hygienic waste.

The committee conjointly noted the gap in fund allocation, release as well as utilisation. As against the Mission allocation of Rs 7,365.82 crore, the releases were as low as Rs 3,284.79 crore.

Action taken by the government: MoHUA expressed that health was a state subject and that medical and hygienic waste disposal came under the state’s responsibility and giving state-wise funds given for financial year 2019-20 on full utilisation of SWM funds.

The amount spent under SWM has been mentioned by the ministry. However, the committee reiterated its recommendations for obtaining comprehensive final action taken replies from the government.

Recommendations: The Committee noted a few WTC plants were running below their annual installed capacity. The government was asked to establish such plants across the country with a PAN India license. Similarly, Waste-to-Energy (WTE) plants and technology ought to be examined.

Action taken: The ministry stated that the roadmap given in the SWM Rules, 2016 was being implemented by the states / UTs and ULBs. However, the committee is constrained to note that important aspects concerning WTC that have hardly been addressed in action taken replies.

Therefore, in view of the above, the committee reiterated their recommendations and urged for submission of complete final action taken.

Recommendations: The committee in its original report demanded the existing legal provisions to be enforced strictly. The committee observed that E-Waste (Management) Rules (EWM) contained several good things just like the convergence of various stakeholders including manufacturers, dealers, e-retailers, etc., simplification in registration / authorisation for disassembly under one system, retreating or recall of the product from the market just in case of non-compliance and alternative provisions.

The Committee also observed that 178 authorised recyclers and dismantlers were too less and needed to be suitably enhanced to broaden the scope of recycling and dismantling of e-waste, and that implementation of rules framed under the E-Waste Management, 2016 was far from satisfactory.

Action taken: MOHUA has thrust the issue of e-waste management on the Union Ministry of Electronics and Information Technology and Environment and Forests & Climate Change. The committee, therefore, reiterated that the MOHUA furnish a comprehensive final action taken reply covering all aspects raised by them.

Recommendations: The committee counselled that landfills are disincentivised and transformed into parks instead. The committee noted that according to NITI Aayog, the country is going to lose approximate 1240 hectares of additional land every year.

Further, to cut back plastic waste from getting dumped, the committee strongly recommend that issue of plastic for road construction purposes be promoted in a big way across states / UTs.

The funding pattern for ULBs was instructed to be reviewed to make sure that ULBs can carry out SWM projects on their own.

Action taken: Just like in the case of most recommendations, the government provided imprecise and incomplete responses and failed to address the committee’s suggestion.

While reviewing the funding pattern, the government disagreed stating that the ministry was only providing help generic to all states / UTs as set by the cabinet and that SWM could be a state subject. In view of this, the committee sensed that MOHUA did not even evaluate the valuable suggestions offered by the committee on aforesaid issues.

It seems like one of the primary reasons in dealing with the issue of waste management is coordination between the various agencies and stakeholders. The central government is limited to making rules and providing funds while responsibility of implementation is with the state’s local bodies.

Another possible reason could be the generation of solid waste which is increasing due to a growing global population, urbanisation and economic growth, coupled with changing production and consumption behaviour.

The increase in population has not only changed the physical size of the cities due to large-scale of migration. The rate of the urban population of India has been increasing due to the rapid developments and industrialisation.

According to the Press Information Bureau (2016), Union Ministry of Environment and Forests, 43 million tonnes of waste is collected per annum, 11.9 million is processed and 31 million is discarded into landfills. This indicates that only near about 75-80 per cent of the MSW is accumulated and only 22-28 per cent of this waste is treated and processed for resource recovery in India.

With the improvement of lifestyles and societal eminence of the population in urban cities, the quantity of municipal solid waste has also intensified tremendously and opportunities for improvement remain particularly pronounced in urban low-and-middle-income settings, where solid waste management is characterised by low waste collection coverage, lack of treatment and inadequate disposal.

Many appropriate solutions are hindered given the fast and unregulated growth of settlements in topographically often challenging areas, lack of financial resources, ineffective organizational structure, lack of utilisation of local innovation and local expertise and minimal enforcement of policy and legislation.