The city administration is looking forward to the technology, but with limited understanding of it; the recycling infrastructure remains severely underutilised 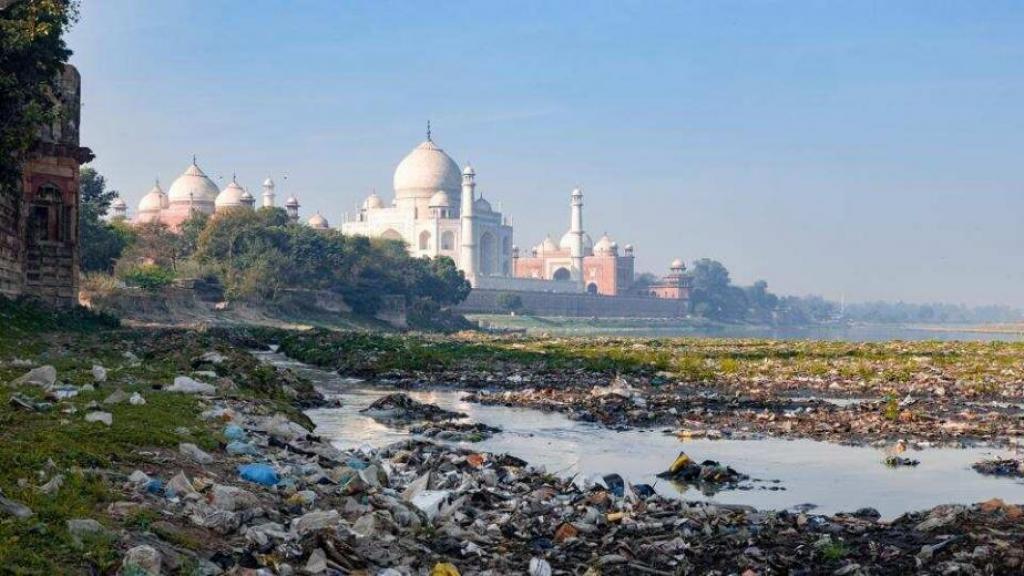 A proposed waste-to-energy (WtE) plant at Kuberpur dumpsite in Agra received the go-ahead from the Supreme Court in February 2021 — nearly five years after it first reached the court’s doors.

The plant was proposed by the Agra Municipal Corporation (AMC) in the eco-sensitive Taj Trapezium Zone (TTZ); the top court had in February 2019 asked the Central Pollution Control Board (CPCB) and National Environmental Engineering Research Institute (NEERI) to conduct a viability study on the plant.

But can we expect Agra to be cleaner now?

Agra city generates roughly 800 tonnes per day (TPD) of municipal solid waste, including inerts and drains silts, most of which is transferred directly to the Kuberpur dumpsite that is approximately 15 kilometers from the city.

The city has a capacity to process about 450 TPD; nearly 57 per cent of the total waste generated in Agra is biodegradable, according to a recent study conducted by the Centre for Science and Environment, a Delhi-based think tank.

The CPCB, however, pointed out in a recent report submitted by the state urban development department to the National Green Tribunal that over 690 TPD of municipal solid waste (MSW) was directly being sent to the Kuberpur dumpsite.

This is what it means: Despite having the potential to treat over 50 per cent of its waste, Agra relies on sending over 85 per cent of it to the dumpsite. The resource recovery and recycling infrastructure is underutilised. This leads us to the question: What if the 500 TPD plant, to be commissioned in mid-2022, meets the same fate?

Half the WtE plants in India shut down soon after starting operations and the remaining plants are under scrutiny for environmental violations. There are several reasons these plants do not work in India.

The fundamental determinants of the suitability of WtE feedstock are the composition, calorific value and moisture content of the waste.

Due to higher amounts of biodegradable fraction in the unsegregated waste, the calorific value of the waste produced in low-middle income countries such as India is way below the required 1, 500 kilocalories / kilogram and high in moisture content, thereby rendering it unfit for use as an energy source.

Additional fuel is required to burn this waste. This was why the WtE plants in Kanpur, Bengaluru, Hyderabad, Lucknow and many more cities had to be shut down.

The proposed technology in Agra is developed by a Czech Republic-based company, which will be commissioned over the next 18 months. The calorific value of the waste produced in Organisation for Economic Co-operation and Development countries ranges between 1,912 and 3,824 kcal / kg.

Biodegradable waste has to be treated using aerobic and anaerobic technologies as close to the source of generation as possible, according to Solid Waste Management Rules, 2016.

Recyclables have to be channelised for recycling and only non-recyclable waste with a calorific value higher or equal to 1,500 kcal / kg has to be used to generate energy either through WtE plants or co-processing in cement kilns.

Approximately 15 per cent of the 55 million metric tonnes MSW generated every year in India can be classified as non-biodegradable, non-recyclable and high calorific value waste. This translates to around 30,000 TPD of waste that can be fed to WtE plants.

If the same exercise is repeated for Agra, approximately 120 TPD of feedstock can be arranged for the proposed WtE plant from within the city. The rest would have to be channelised through nearby cities.

But this would be an idealistic scenario. The most common reason for the failure of WtE plants is a mismatch between the plants’ inputs requirements and the quality of waste it receives in terms of calorific value, moisture content and physical composition.

The city administration is looking forward to the technology, but with limited understanding of it. Waste-to-energy is seen as a silver bullet that can solve the waste management problem overnight. But Agra, with its existing waste processing capacity, has the opportunity to plan and utilise its existing infrastructure by channelising the right kind of waste to the right kind of facility.

One sure way to make this happen is source segregation — a non-negotiable element of all waste management operations. Only time will tell if Agra can get it right.