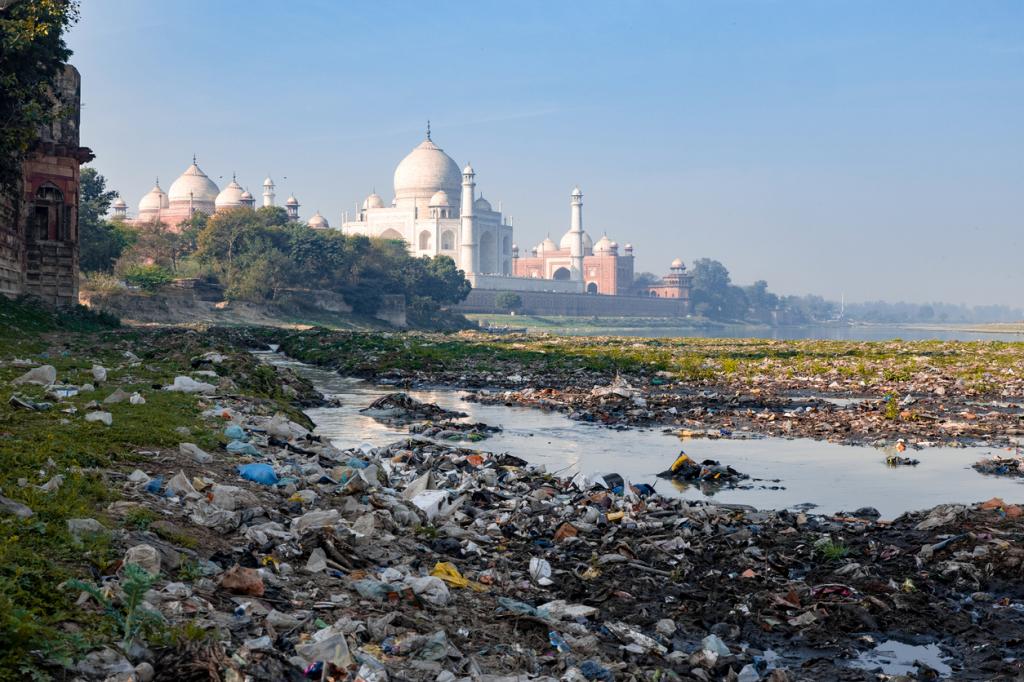 Plastic pollution is one of the greatest threats to Earth with far-reaching impact on environment.

The production of plastics grew by 79 per cent between 2000 and 2015, according to a recent study by the Stockholm Resilience Centre. The total mass of plastics on the planet is now twice over the mass of all living mammals, and roughly 80 per cent of all the plastics ever produced remain in the environment, the study  noted.

Parties, regional groups and stakeholders of the United Nations Environment Assembly (UNEA) have submitted 10 formal prepositions between 2018-2020 concerning a global instrument to address the mammoth challenge.

Plastic pollution is not limited by geographical boundaries and regional barriers, which makes it imperative to have a legal instrument to take this challenge head on at a global level. The Basel convention and Stockholm convention addressed specific issues such as the transboundary movement and persistent organic pollutants respectively. They failed to take the entire lifecycle of plastic into consideration.

It thus becomes all the more important to have a legally binding convention / treaty / agreement on plastic that takes into consideration the entire value chain which starts from extraction of fossils, right till the end of life disposal fixes like incineration and co-processing.

This will help all stakeholders to understand the upstream, midstream and the downstream of the plastic value chain- identify the challenges and take relevant measures.

UNEA was created in June 2012, when world leaders called for the UN Environment to be strengthened and upgraded during the United Nation Conference on Sustainable Development (RIO+20). The establishment of the Environment Assembly was a result of decades of international effort initiated in 1972 with the aim of creating a coherent system of environmental governance.

The focus of UNEA for dealing with plastic waste has always been around marine plastic debris and micro-plastics.

Following the virtual session, the fifth meeting of UNEA (UNEA 5.2) will be held February 28, 2022 in Nairobi, Kenya.

What should be discussed in UNEA 5.2?

Minimisation should be practiced, not just preached: Minimisation of plastic waste finds a mention in all the parent environmental acts across the globe. This is because the basic principles of waste management are applicable to every country.

The best and fundamental method to manage waste is to ensure that less of it is created in the first place. More focus should be placed on regulating the production of problematic plastics.

It has been established that plastic packaging is one of the key issues, there is also a shifting trend from rigid to flexible plastics which is adding to the amount of problematic and single use plastic worldwide. To counter this, the production of plastic has to be regulated in terms of application and the sector the plastic can be used in.

Appropriate use of legal tools: Waste management activities are usually conducted with the taxes collected from the citizens. Cities and regions are allotting a higher budget year after year to collect, transport and treat plastic waste, all with the help of taxpayers’ money. EPR should be mandated and legally enforced along with tools like plastic taxes, planned phase out, bans, deposit refund schemes and setting up of reverse logistics mechanism.

It should be well communicated that we have had enough of voluntary schemes which are used more like a branding a communication tool by multinational giants to leverage their brand and label them as green. The application of these tools should also be extended to companies who are the source of plastic production (petrochemical companies), leaving such companies out of the EPR mandate would not make much of a difference in the midstream and downstream.

Promote closed loop recycling through design innovation and standardisation: Development of standard mono layer plastic which are easy to recycle and are used across the industry should be pushed and promoted for standardisation. Composite plastic material should be avoided to the possible extent.

Further innovation can be focussed on making reusable packaging/refillable bottles so that they stay in the value chain for a longer period of time and the chances of them getting recycled are much higher when they are discarded away. Focus should be placed on closed loop recycling.

Data availability and transparency through continual reporting in standardised formats: Data in waste management is meagre, more so in the case of plastics. Stakeholders don’t ask the right set of questions to each other. The face value of communication is given more weightage than the qualitative data being shared.

Every stakeholder should be assigned a list of fundamental questions that they have to put out in the public domain to ensure shared accountability. Not only sharing but a mechanism need to be developed to also verify the data, basis which the action plan and roadmaps should be proposed by every country.

Support for improved waste management: Capacity-building, financial funding, technology transfer are a few factors that affect the basic and overall waste management of a region. Economies in transition should be supported with all the resources to better manage their solid waste, eventually leading to reduced load on all the compartments of the environment.