Why Ghaziabad’s waste management is in the dumps 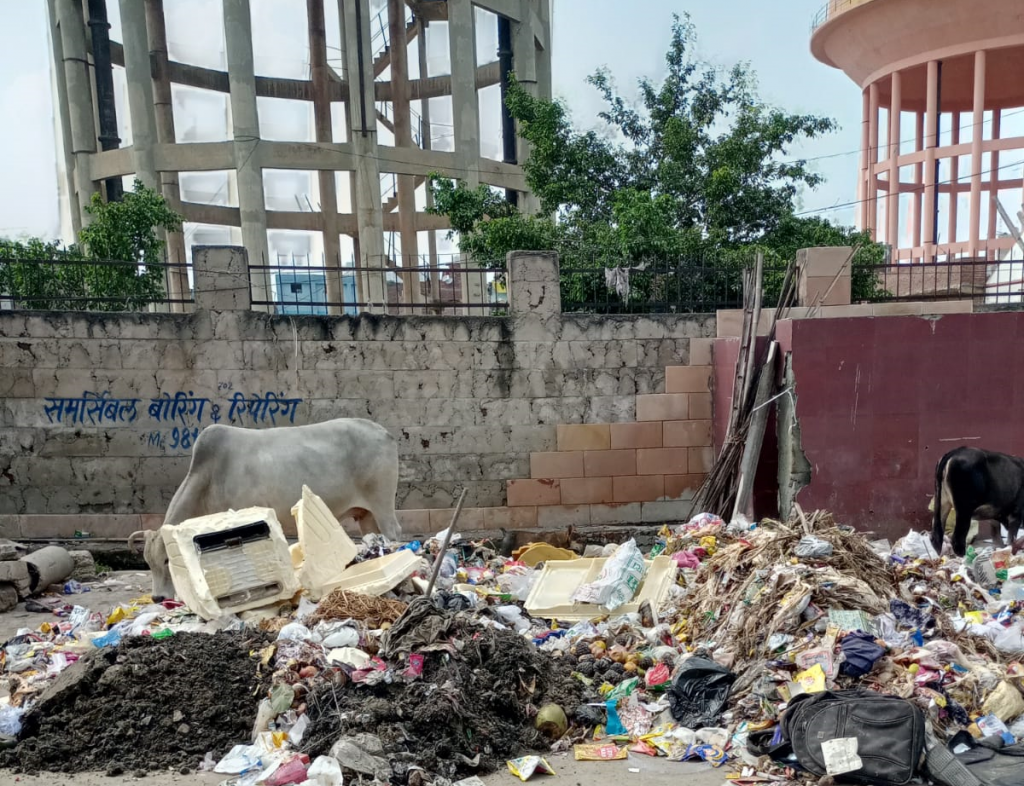 India’s greatest cleanliness survey, Swachh Survekshan, began in 73 cities in 2016. Uttar Pradesh’s Ghaziabad was ranked 67th in its inaugural survey. Cut to 2019, Ghaziabad was declared the fastest-growing city and ranked 13th in the same survey under cities with a population of more than a million.

The city’s waste management situation, however, deteriorated after that. It slipped to 19th rank in the 2020 survey.

While other cities such as Panaji and Bengaluru have begun to use digitisation to monitor and improve their waste management systems, Ghaziabad is still grappling with source segregation, door-to-door collection, waste treatment and processing and on-site organic waste management.

The Ghaziabad Municipal Corporation merely collects and disposes of mixed waste at various sites across Ghaziabad, which has turned into a new breeding ground for cattle and poses health and environmental risks.

The results of the Swachh Survekshan and the reality on the ground demonstrate that Ghaziabad’s current waste management situation has weakened and is insufficient in many ways.

Every waste generator must segregate waste into three fractions: Biodegradable, non-biodegradable and domestic hazardous waste. It has been, however, observed that in the Pratap Vihar area, the waste is not even segregated into two fractions.

Residents are disposing of mixed waste. The collection vehicle has a separate compartment for segregated waste, but the residents dispose of mixed waste due to a lack of awareness and government oversight.

The collected mixed waste is then disposed of unsustainably in nearby land identified by the local authorities. 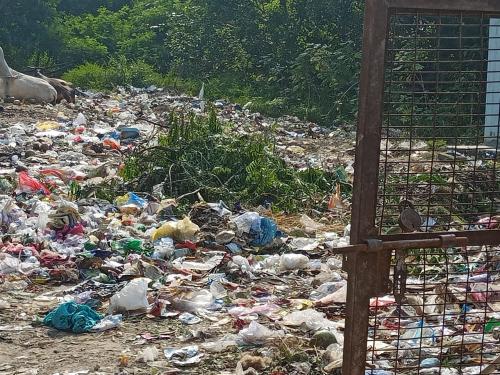 All resident welfare, gated communities, and commercial establishments, according to SWM Rules 2016, must process, treat and dispose of biodegradable waste within the premises — either through composting or bio-methanation.

Authorities had installed a mesh composting unit for garden waste and twin bins in the park in residential societies to comply with some Swachh Survekshan guidelines. However, the image below shows the ground reality of such units. 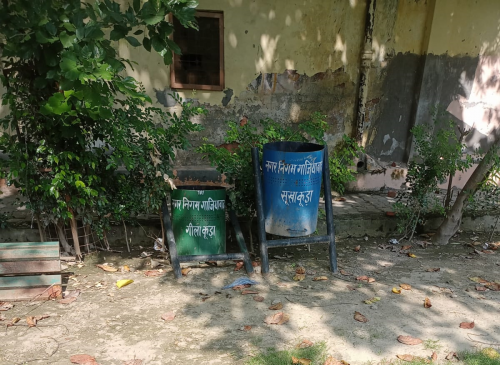 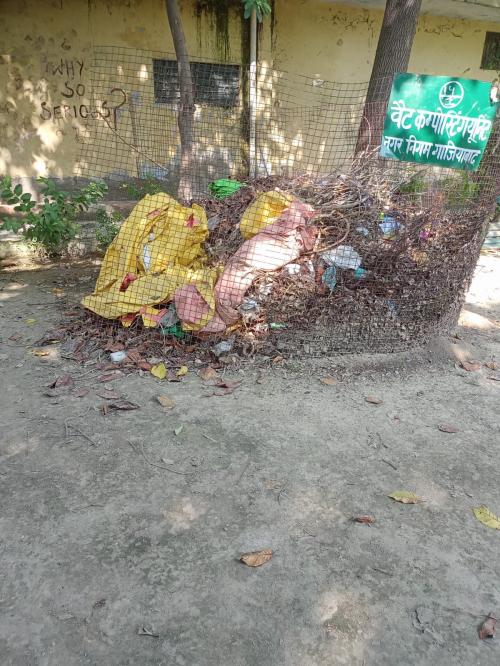 Each time, the NGT noticed continuing failure and issued directions for remedial action. The bench of Justice Adarsh Kumar Goel, Sudhir Agarwal and Brijesh Sethi in the order dated 22 October 2021 said despite continuous monitoring by the Tribunal for the last three years, this case is an instance of a disappointing performance by the authorities.

It is evident that waste management poses a big challenge for the city. The municipal authority must conduct extensive ‘Information, Education and Communication’ (IEC) to inform citizens about their responsibilities.