Cities being the powerhouse of our economy, much more is required to make them sustainable and livable 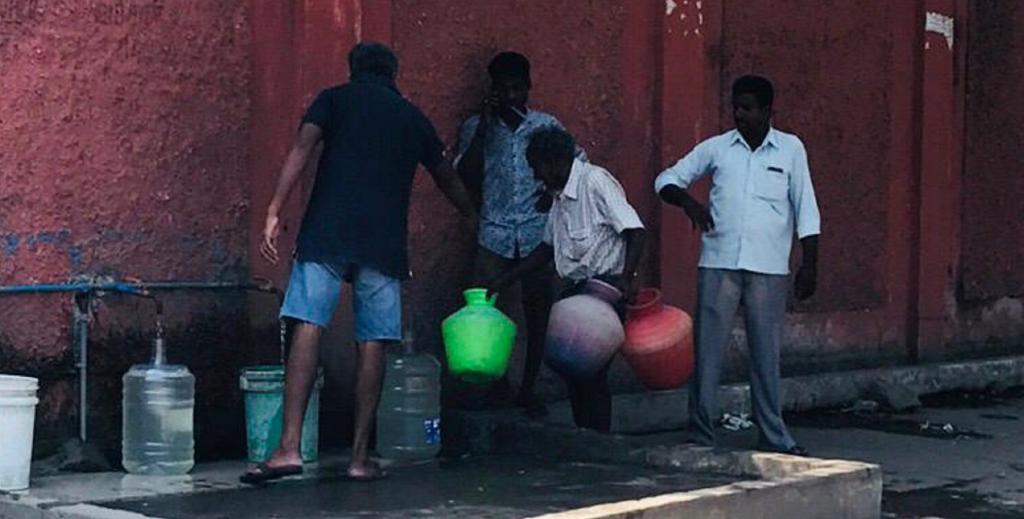 The 2019 Chennai water crisis should be a wake-up call for Indian cities. Photo: Shivani Chaturvedi

Dried-out taps, shutting down of schools, restaurants and hotels running out of business, police protection for protecting water resources, water being transported by train and tankers are not isolated events taking place in faraway places but are increasingly taking place almost every year in our neighbourhoods.

When situations like these strike an affluent and mega city, as it did in 2017-18 in Cape Town, they made headlines, bringing attention to the unfolding urban water crisis globally. Post Cape Town, multiple articles/reports pointed out the impending and existing water crisis for many Indian cities.

This year, it was Chennai that ran out of water.

The Chennai metropolitan area (CMA) — consisting of Chennai city, with a population of 4.9 million, and its adjoining areas — has an estimated population of 8.6 million and is the fourth-largest urban conglomerate in India.

Chennai was in the news four years ago for an entirely opposite reason but an equally serious situation — the unprecedented floods of December 2015, that drowned the city for many days, devastating lives and impacting businesses.

This year, the reservoirs that overflowed during the 2015-16 floods, dried out. Of Chennai's total requirement of 830 MLD (million litres a day) water, the Chennai Metro Water Supply and Sewage Board(CMWSSB) was able to supply only about 525 MLD during the worst days of the crisis. 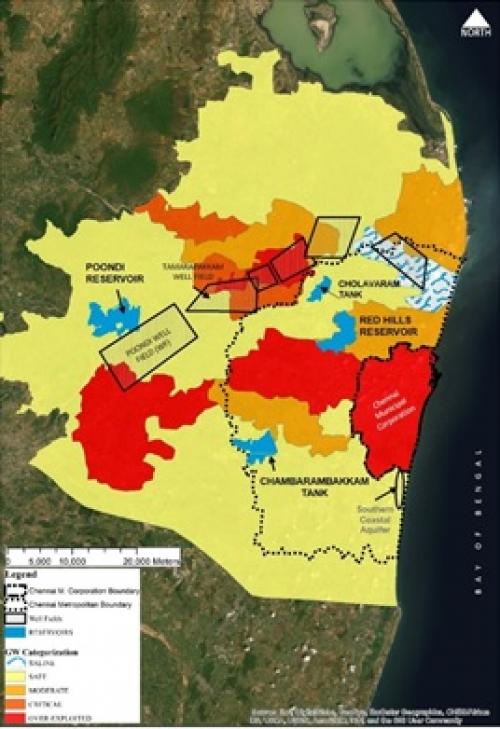 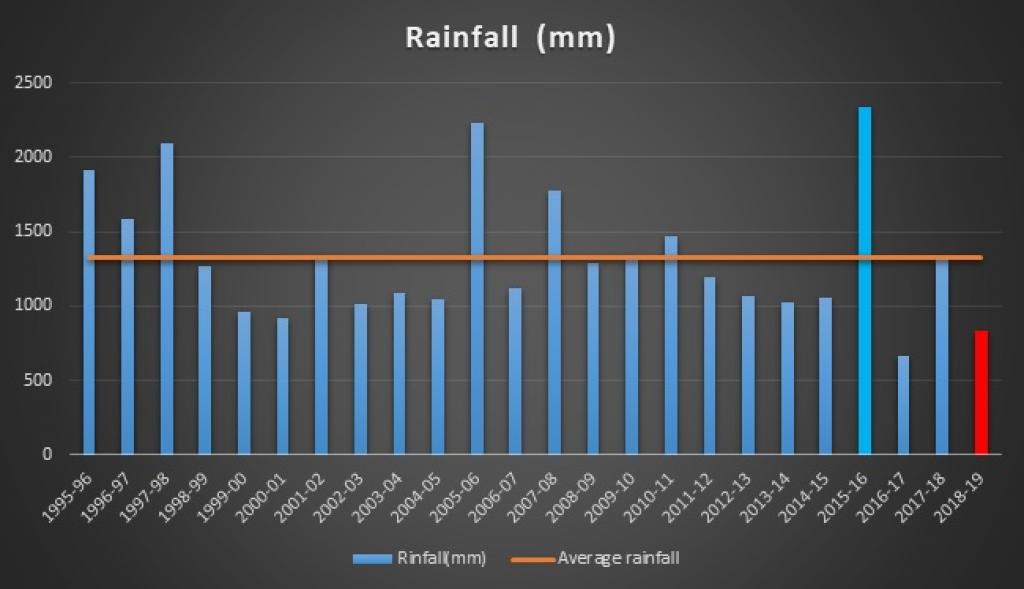 The city of Chennai has four major reservoirs/lakes: Poondi, Cholavaram, Redhills and Chembarambakkam. These supply about 200 MLD of water. They fill up at the end of the Northeast monsoon (October-November) and supply water till the next monsoon season.

Post the 2015-16 season, the monsoon has been in deficit for two out of three years, with last year's monsoon deficit being ~ 40 per cent. Due to a deficit monsoon this year, the reservoirs did not get filled up, bringing their combined storage to almost zero. 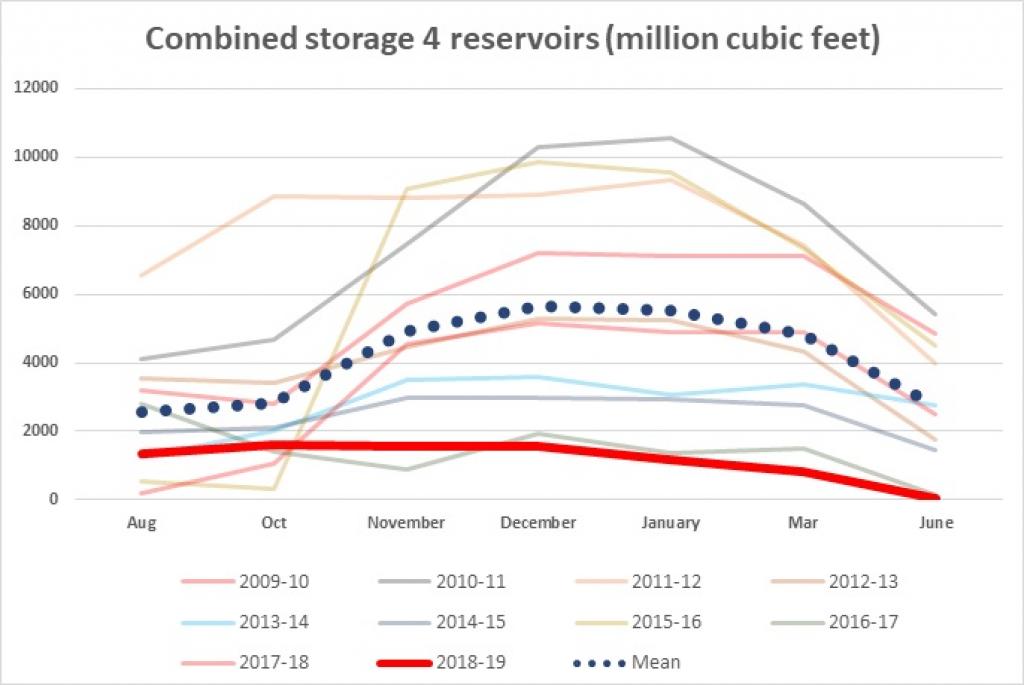 Groundwater is extracted extensively, both within and outside Chennai city limits, to meet the city's water demands. The CMWSSB and private tanker suppliers extract groundwater from rural areas on the outskirts of Chennai and transport it via tankers.

Within city limits, groundwater extraction takes place from about 0.42 million private groundwater wells, with 66 per cent of households having their own private wells. The result is overexploitation, with the city extracting almost twice the annual recharge.

Limited recharge due to the deficit monsoon and long-term indiscriminate groundwater extraction is making water tables fall rapidly, leading to wells drying up, deteriorating water quality and the risk of saline sea water ingress requiring well deepening or the search for wells further away from the city.

Tankers supplying groundwater from outside the city limits are Chennai's lifeline. At the height of the crisis, there were about 700-900 CMSSWB tankers making 9,700 trips, two-three times the usual trips to compensate for loss of supply from reservoirs, supplying about ~ 100 MLD of water and 4,500-5,000 private tankers, making five-six trips daily, supplying ~ 200 MLD.

However, groundwater overexploitation was made worse by limited recharge this year. It led to conflicts and tensions brewing up in and around the surrounding urban-rural areas, where many people were against indiscriminate groundwater mining in their area, forcing tankers to travel longer distances.

With most of the city’s water supply dependent on water tankers, the impact of the water crisis this year was disproportionately felt by the poor. A 9,000-litre tanker from CMWSSB cost Rs 700-Rs 800, whereas private companies charged Rs 4,000-Rs 5,000.

With demand outstripping supply, the waiting period for tankers from CMSSWB stood at 15-25 days. High prices and low availability of public tankers made water access unaffordable for the people living in slums and lower income societies. The cost of buying water for many came to almost half of their monthly income.

Bad planning or limit of resilience?

However, there are concerns that over the years, poor implementation and lack of maintenance had led to many of these RWH systems becoming dysfunctional. With the water crisis on its doorstep now, city utilities have started a drive to check the efficiency of rainwater harvesting and install more.

RWH alone can do little when unregulated encroachments, illegal construction and indiscriminate pumping is pushing the city to limits. Due to rapid urbanisation and encroachment, the number of water bodies in Chennai have reduced to 28 (2017) from 60 (1893) and area under these water bodies has shrunk from 12.6 sq km to just 3.2 sq km, significantly affecting the city’s capacity to recharge depleted groundwater.

Chennai currently has two desalination plants supplying 200 MLD. After the current crisis, work on another desalination plant has been initiated that would supply 150 MLD at a cost of 1,259 crore by 2021, with a plan to add another of 400 MLD capacity.

Would these heavy investments save the city? Many believe that in a city with more than 1,000 mm rainfall, expensive desalination plants consuming lots of energy with negative environmental externalities might not be the best answer.

The financial sustainability of desalination plants is also in question, with utilities spending Rs 45-50 per 1,000 litre to produce potable water but charging Rs 3-5 from consumers.

The 2019 crisis is a wake-up call for Chennai and other cities in India. With cities being the powerhouse of the economy, much more is required to make them sustainable and livable.

Integrated urban water management is the need of the hour, with no single effort or intervention being able to achieve long-term resilience. Within city limits, efforts should be put into rejuvenating its existing and lost water bodies, properly installing and managing rainwater harvesting systems and increasing the reuse of treated water.

With much of Chennai's sources of water lying outside city limits, efforts need to be put in place to secure reservoir catchments, recharge groundwater and build partnerships with farmers and stakeholders. Otherwise, conflicts over water sources would keep increasing.

Time is running out and there is an urgent need to act now on conserving water.

Sujith Sourab Guntoju is an intern, while Mohammad Faiz Alam and Alok Sikka are researchers at the International Water Management Institute, New Delhi. This column is a personal opinion and does not necessarily reflect the opinion of Down To Earth