As Beijing announces construction of a super dam on the Yarlung Zangbo, it is time to reconsider the fluvial landscape approach to river basin management 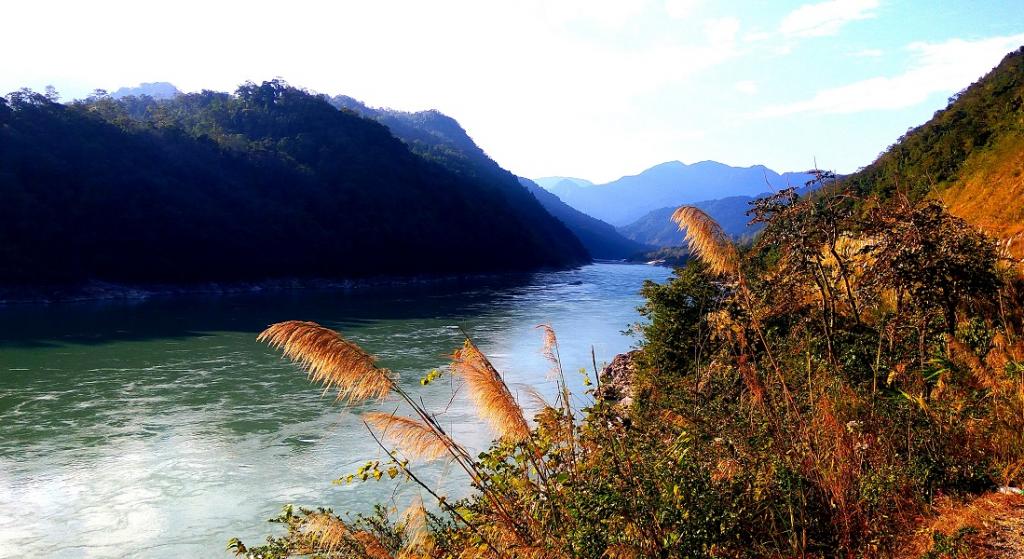 The Siang river, as the Yarlung Zangbo is known in Arunachal Pradesh.Photo: Wikimedia Commons

This is the first of a two-part series

On November 29, 2020, Chinese state media announced that Beijing will build a mega dam on the the Yarlung Zangbo river close to the Line of Actual Control in Tibet. The move could have a far-reaching impact on water security in India’s North East.

The whole of South Asia comes under ‘high’ to ‘extremely high’ water-stressed areas. This, even though it has a lot of fresh water.

South Asia is separated from the rest of the continent by the Himalayas and the Hindu Kush mountain ranges. The Indus and Brahmaputra (or Yarlung Zangbo, on which China is building its dam), two of the three largest river systems of South Asia, originate from the Tibetan Plateau. Many of the midstream tributaries of the Ganga originate in Tibet.

There are some 25 major rivers in South Asia. Of the 30 major river basins of the world identified as global level priorities for the protection of aquatic biodiversity, nine are in India, which constitutes the majority of South Asia.

Natural resources like rivers, forests and mountains pay no attention to political boundaries. They have evolved over millions of years of natural cycles.

Globally, there are more than 250 river basins that connect two or more countries. Many parts of South Asia do not have rivers originating from their own territory. Rather, they depend upon regions outside their borders for water.

Therefore, there is a general feeling that ‘outsiders’ control the headwaters. We have several trans-boundary rivers.

The Brahmaputra carries a flow volume that is greater than Europe’s 20 major rivers. The river passes through the world’s deepest gorge and three of its most populous countries — China, India and Bangladesh — before merging into the Bay of Bengal.

The waters of the Brahmaputra are shared by China, India, and Bangladesh. Rivers such as the Ghaghara, Kosi, Sharda and Gandak flow from Nepal and meet the Ganga in India. Their waters are thus shared by both Nepal and India.

Dams or water diversion projects in the upstream areas of rivers have a significant effect on downstream flows. Communities in the lower riparian areas have to accept what is being offered to them.

China has a clear advantage in building dams and other infrastructure to reduce or divert water flow from river systems originating in Tibet.

Dam-building and water diversion projects by China are a matter of anxiety for its downstream neighbours, as many experts feel it may reduce the flows downstream. China’s decision to construct a dam is even more worrying if one considers that the present condition of the Himalayas, where the dam would be built.

Despite their splendor and beauty, there is not much cause for optimism about the Himalayas. Emerging risks like climate change, extreme events, landslides, forest fires and many other ecological threats pose new governance challenges.

The glaciers and snowlines of the Himalayas are retreating. If the current warming continues, there is a projection that the waterways of the Tibetan Plateau could first flood and then dry up gradually, turning the vast landscape into a desert.

Water conflicts result from a situation where water demand is more than its supply. They can also result from asymmetric power controls over access and allocation of water between competing users or between transboundary governments.

There is a lack of a cooperative framework for managing river systems in South Asia. The reductionist engineering approach only looks at short-term gains on a model of competitive exploitation.

Dam building and water grabbing is a race where everyone risks becoming a loser in the long run. We get stuck in the same old rhetoric.

The supply-centric irrigation department talks in terms of diversions, dams, barrages, canals, tunnels and turbines. They are experts in developing extractive infrastructure.

They do not know the science of bringing water into the river. The supply side hydro-bureaucracy does not like the variable flow regimes or flow pulses characteristic of the tropical rivers.

All attempts are made to change the natural variable flow regimes into a dependable stock of flow volumes, which is conducive to hydropower production.

The real issue is not the scarcity of water resources. Rather, it is scarcity of ‘social resources’ and abundance of ‘power disparities’ between the riparians.

The consortia of seven Indian Institutes of Technology made a basin management plan for the Ganga — but it should have been made some 30 years ago. Now we need a different sort of retrofitting.

The River Boards Act of 1956 that was made to enable inter-state river water cooperation, is almost defunct now.  The Act was designed to provide a dispute resolution process in the form of a tribunal.

As water is a state subject, states assume exclusive powers over water governance. The cumulative outcomes at the national level do not inspire optimism about long-term security and sustainability. This is partly attributed to the poor devolution by states and weak institutions.

A change of approach

We have to reconsider the fluvial landscape approach to river basin management. This approach respects the integrity of the landscape and the catchments.

It respects river behaviour and patterns, it respects the river’s legitimate rights to flood and cause droughts. They are inseparable parts of the hydrological cycle.

The fluvial memory concept is not based on ‘solutionising’ at reach scales on an ad-hoc basis. It takes the entire flow-habitat-catchment perspective.

Every river is different. The segments of a river as well as the left and right banks of a river are also different. So there is no type A or type B river. They are just like different individuals.

Since the Ganga-Brahmaputra-Meghna basin and the Himalayas are shared by all riparian states, the fluvial memory of the Brahmaputra should respected and it should be allowed to flow freely from source to mouth without any major obstructions.