Copying nature is the only way to revive our rivers 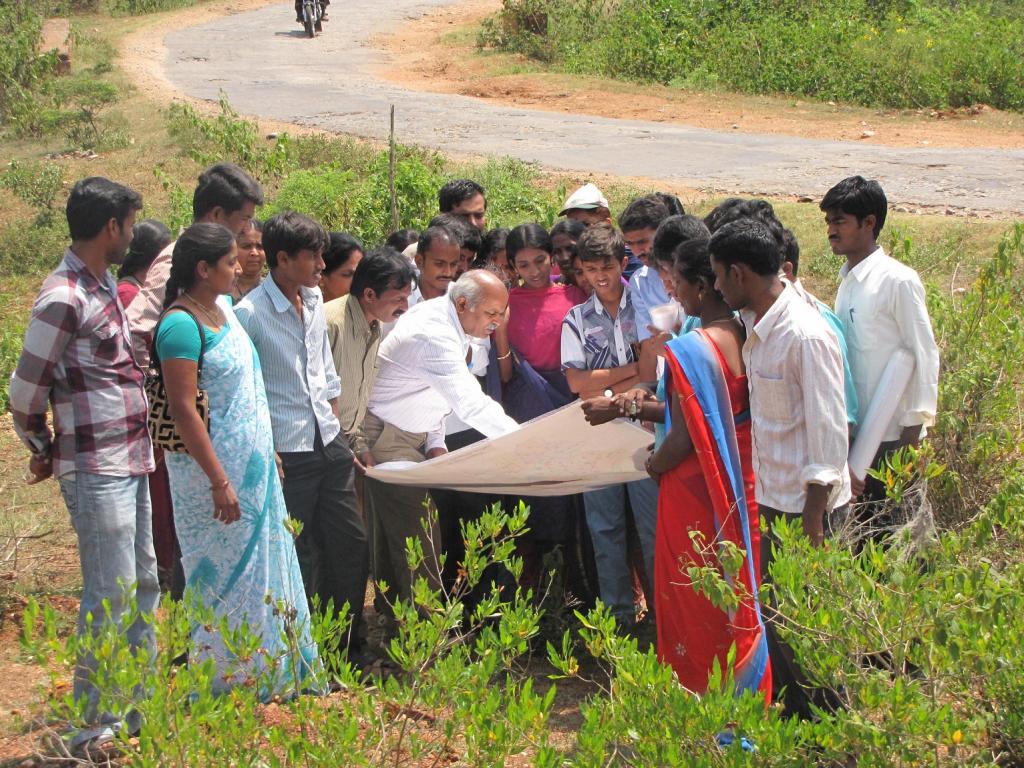 Yale, with the help of his team, had laid out a comprehensive plan to revive the Kumudavathi River. Credit: Art of Living Foundation

Dr. Lingaraju Yale looks up from his laptop with some trace of weariness and yet with some sign of hope.  His work over the last four years in rejuvenating three major rivers—Kumudavathi, Vedavathi and Palar—in Karnataka is already showing intended results and also offering sufficient reason to feel hopeful about the summer ahead.

Four decades ago, as a young geologist, Yale had planned to make a career in thriving mining business in his home state. However, today, as a geohydrologist, he is one of the foremost experts on natural water resource management in India and leads the River Rejuvenation Project under the auspices of the International Association for Human Values, founded by Sri Sri Ravishankar’s Art of Living (AOL) Foundation.

Despite massive industrialisation post Independence and ushering in of free market after economic liberalisation in 1991, India continues to remain an agrarian economy with an estimated 65-70 per cent of the population depending on farmland for sustenance, either as a landowner or farm worker.  It means, water for irrigation has a direct bearing on not just the survival of rural India, but also plays a decisive role in country’s food security.

While the Green Revolution in the 60s enabled vast improvement in agricultural productivity, it also unleashed a surge in exploitation of groundwater using borewell. Inefficient and unsustainable agricultural practices, along with loss of forests to farmland, led to loss of access to water for agricultural and household use in rural India. A combination of these factors led to a surge in farmer suicides in the country.

According to Yale, the rejuvenation of geohydrological processes in a river basin brings a balance between erratic rainfall events distributed over a short period of time. “We have to focus on natural vegetation that conserves rainwater in the form of base flows along the stream and also through shallow and deeper aquifers. When the rainfall would be deficient, this conserved water will be available,” says Yale.

Degradation of natural vegetation in the mountains, valleys and plains; over-exploitation of groundwater, soil erosion and massive plantation of exotic trees (that consume more water than they retain in the ground) have been the main reasons for rivers drying up. It explains the surge in farmer suicides across India, especially in Maharashtra, which accounted for over 90 per cent of the suicides (2000 cases) in 2015.

Since mid-2013, Yale and his team of 20 full-time volunteers and few hundred part-time volunteers across four states initiated their work in rejuvenating 27 rivers: Maharashtra (22), Karnataka (3) and one each in Tamil Nadu and Kerala.

What Yale and his team are trying do is seminal, the fruition of which is likely to show up in rest of India. “Traditional methods of artificially pumping water into river sources don’t really work towards long-term resolution of droughts,” says Yale. “What most people don’t understand is that a river is a system and mountains are its banks. What we are now trying to do is copy nature, which is the best way to rejuvenate our rivers,” he adds.

What Yale means by copying nature is that allowing nature to assume its role of feeding rivers and converting dried or semi-perennial rivers into perennial ones. The artificial recharge programmes, which are invoked, may not be the long-term solution unless the similar programmes are taken up along natural and congenial geohydrological set up. This has to be simultaneously supported with measures to conserve soil and increase natural vegetation. This is in-built in the River Rejuvenation methodology adopted in the projects by the AOL.

Back in May 2013, Yale presented his first comprehensive report on the revival of the Kumudavathi River in Karnataka, which was one of the sources of water for Bengaluru. Leaning on his extensive experience while working with the Indian Space Research Organisation’s Natural Resources Information for Management of Natural Resources, Yale, with the help of his team, laid out a comprehensive plan to revive the river using a three-pronged approach: erosion control measure (using boulder to decelerate speed of river flow), groundwater recharge (using recharge well and recharge borewell) and rejuvenation of water bodies (step wells, tanks and afforestation). 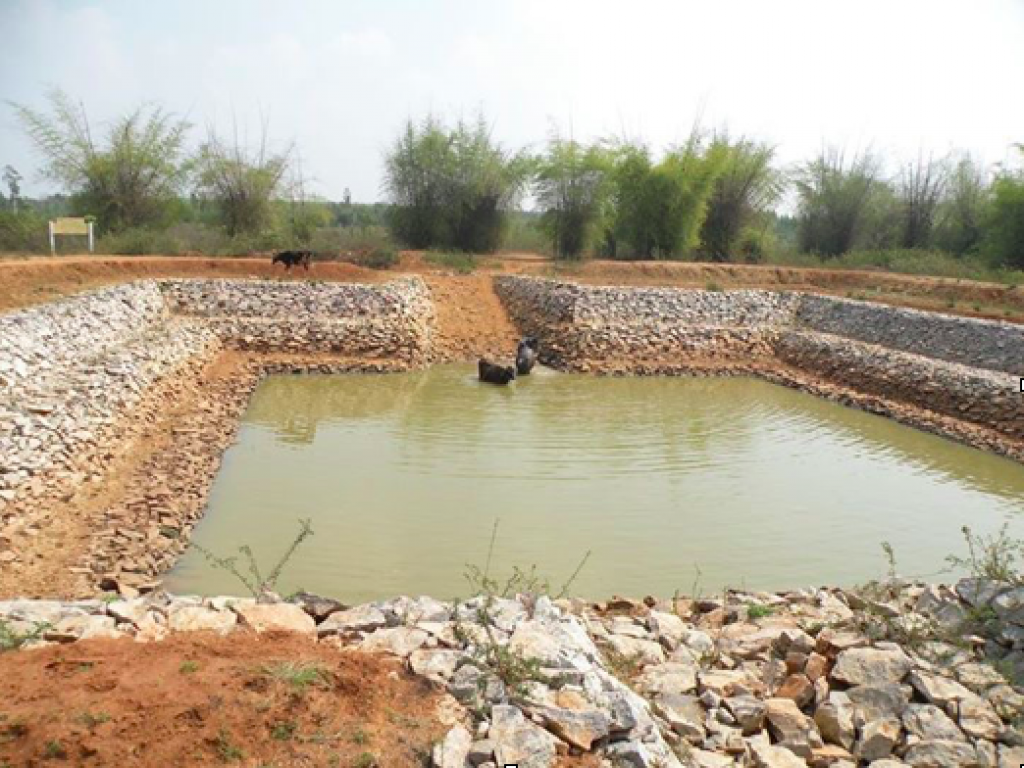 Boulder checks by reducing the speed of water flow prevents soil erosion while promoting creation and retention of soil moisture by supporting natural vegetation. Further downstream, recharge wells and recharge borewells help in raising the water table by allowing vertical flow of the water. Similarly, water pools at the junction of the stream are created to minimise loss of water through evaporation and also doubling up as a source of water for human, cattle and birds downstream.

In the final leg of this plan, afforestation is taken up to prevent soil erosion, accelerate water infiltration, attract water molecules to the gravity zone and enhance water retention through capillary action.  Planting exotic trees like eucalyptus with a sole intention of commercial exploitation has contributed to the problem of water scarcity. “These exotic trees consume more water than they retain and nothing else grows around them,” says Yale.

Unlike in the past, state governments have started showing great interest in adopting Yale’s long-term river rejuvenation plans. “Rivers being a holistic system in itself cannot be dealt in silos. Water, forest, mining and other departments have to work as one and not with isolated action plan or targets,” says Yale.

The efforts in reviving the rivers have also found support from corporates under Corporate Social Responsibility funds.Besides, the government of Karnataka has also taken up this activity under the Mahatma Gandhi National Rural Employment Guarantee Act.

Replication of plan in Maharashtra

Yale’s methods to rejuvenate rivers in Karnataka have also been effectively deployed in Maharashtra.  ​The Art of Living​​ volunteers in Ramegaon and Jalegaon villages in the state have managed to revive dead river streams and have now converted them into perennial sources of water for both agricultural and household use. In Ramegaon, for example, the revival of streams, along with more efficient agricultural practices, has allowed farmers to increase the number of crops in a season.

"(In the) last eight years, there was no water. Farming was dependent only on rains. Hence, we managed only one crop a year. Now, water is available throughout the year and I grow three crops a year. My annual income has also grown 10 times to Rs 300,000 from Rs 30,000-40,000 earlier," says Dayanand, a small farmer in Kalaspur village in Maharashtra.

The effort by the Art of Living volunteers has also started getting recognised. Some of the recent recognitions include the 'Best CSR' project from the NHRD for Hindustan Aeronautics Limited, nomination for the FICCI Water Award 2016 and also the nomination for MGNREGA Awards by the Ministry of Rural Development.

“River rejuvenation is a long-term and sustainable solution. Results come in trickle but ensure that past man-made errors are reversed permanently.  This is the only way to deliver a long-term solution to reviving dried up rivers,” says Yale.