Higher unpredictability in monsoon rainfall is evident from the 1990s onwards 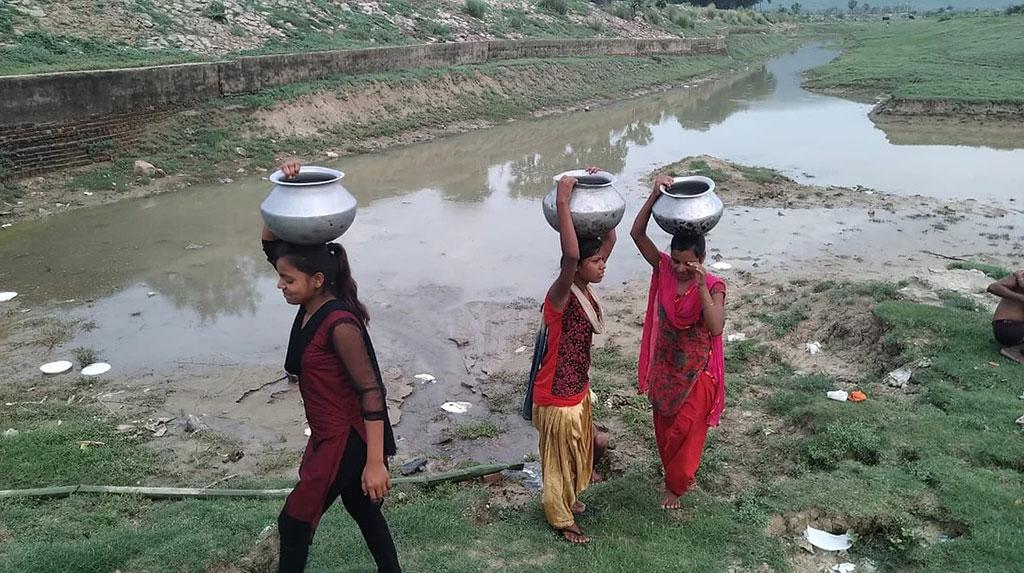 Regional and sub-regional analysis of environmental and climatic change is emerging as a crucial area of study.

Exploring the physical origins, vulnerabilities and exposures of climate change at the regional level is essential for formulating evidence-based planning and effective interventions.

Although several regional climate change studies have been carried out over the last decade in India, they primarily focused on ecologically fragile regions, such as coastal zones, biodiversity hotspots, forested areas, selected river basins and the Himalayan regions.

The eastern part of India, especially Bihar, has not been considered for detailed environmental and climate change evaluation. A recently published article in Groundwater for Sustainable Development journal analysed the climatic variability and environmental changes that occurred during the last seven decades (1958-2019) and their impact on groundwater variability in south Bihar.

The researchers performed a spatiotemporal analysis of historical climatic data at the sub-regional level by studying different hydro-climatic parameters. They augmented the top-down understanding of climatic variations and environmental change with a bottom-up perspective: Analysing the opinion of farmers in selected villages of Gaya and Nalanda districts in south Bihar.

Historical climatic data from TerraClimate software, a monthly climate and water balance gridded data for global terrestrial surfaces, were used. It included different climatic (rainfall and temperature) and hydrological (runoff, evapotranspiration, potential evapotranspiration and climate water deficit) parameters for a period of 61 years (1958-2019). The annual and seasonal climatological hydro-climatic information of the study area was obtained. 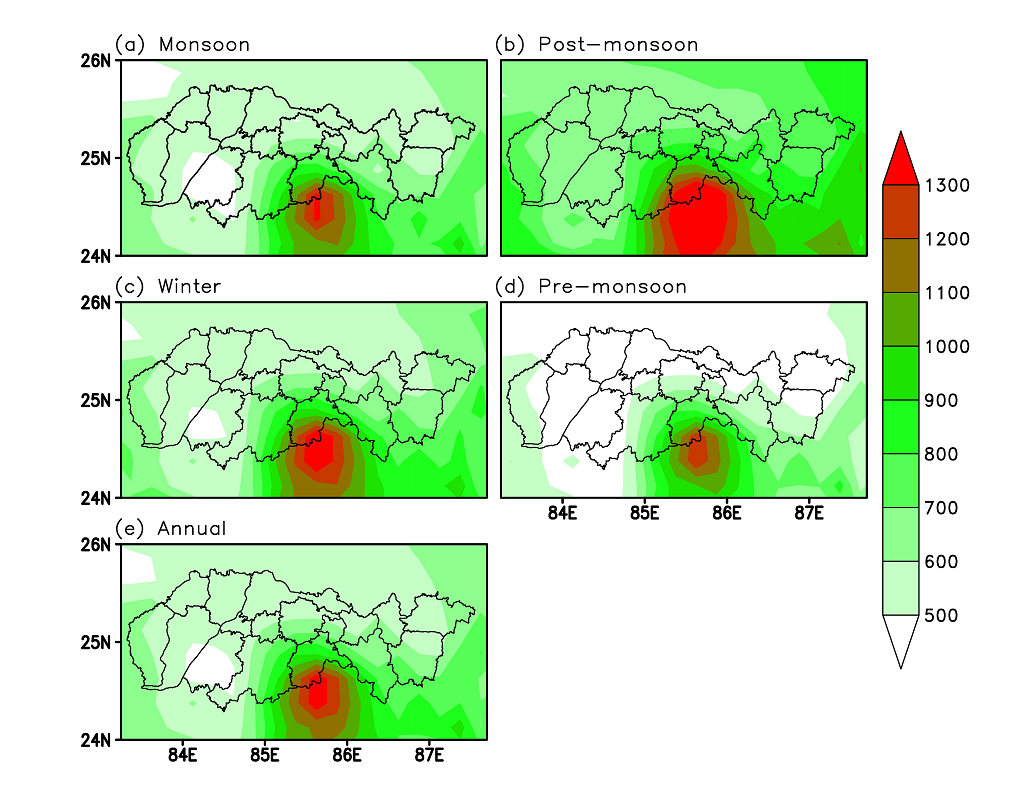 In addition, they conducted 24 life history interviews with farmers in Sirmaur, Nekpur and Meyar villages during 2019-2021. This helped augment the historical climatic and environmental data obtained from the scientific databases.

The study area receives a good amount of rainfall, but still faces a water deficit across all seasons and annually, the results indicated.

The high groundwater stress zones were in Aurangabad, Rohtas, Buxar, Bhojpur, Patna and Arwal. High groundwater storage (1,021-1,700 millimetres), however, was observed in Gaya, Nawada and Jamui districts for the studied duration because of the availability of high terrestrial water.

Higher unpredictability in monsoon rainfall is evident from the 1990s onwards. The average temperature went up by 0.5°C over the study period. The surface and groundwater deficit across south Bihar was relatively high (above 600 mm) with a significant sub-regional variation.

Farmers talked about groundwater scarcity and associated environmental changes based on their lived experience. From the public understanding perspective, climatic variations and associated environmental changes were explained in terms of changes in groundwater and surface water availability, drought, a longer period of fog during winter and increased insect attacks on crops.

Both scientific and farmers' understanding of environmental variability explains the high climatic variability during the last three decades. Most of the farmers attributed the climatic variations to “God’s wish” rather than a result of anthropogenic activities.

A deeper engagement is required to understand the farmers’ response to these environmental changes to draft effective policy intervention as part of the mitigation and adaptation regime. This is especially the case when many of them do not rely on scientific reasoning to explain the climatic variations and environmental change.

The results from this analysis can be directly utilised for better and effective evidence-based policy-making purposes at the local, sub-regional and provincial levels.

The published work in Groundwater for Sustainable Development journal is a preliminary work over the south Bihar region; the team will employ high-resolution atmospheric and hydrological models to examine the long-term behaviour of these hydroclimatic parameters over the study area by the end of the century.

They also plan to investigate a deeper analysis of the public understanding of climate change in rural Bihar.

An underdeveloped and under-studied region like Bihar requires more scientific and critical social science research on climate change at regional and sub-regional levels. This will help them develop a comprehensive policy response for designing mitigation and adaptation programs.