India's only coastal protection system is being overhauled for economic interests 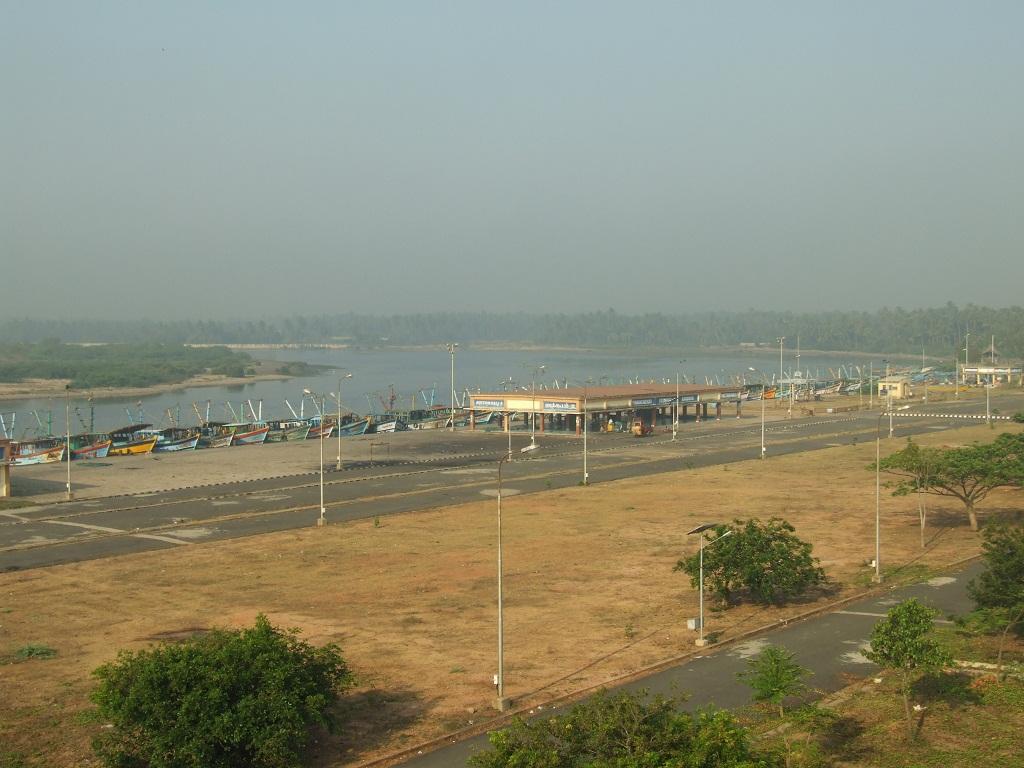 Under the 2011 Notification, the CRZ area along tidal influenced waterbodies extended to 100 m or the width of the waterbody on the landward side. In the new notification, this has been reduced to 50 m. Credit: Arnab Pratim Dutta/CSE

For close to three decades, activities along the India’s coastline have been regulated under different iterations of the Coastal Regulatory Zone (CRZ) Notification – the current framework being largely defined within the CRZ Notification, 2011. The experience so far has been less than satisfactory, characterised more by exemptions rather than implementation. This is evident from the frequent amendments to the 2011 Notification, the delayed demarcation of coastal lines and the incomplete status of the Coastal Zone Management Plans.

The Union Ministry of Environment, Forest and Climate Change (MoEFCC) has released a Draft CRZ Notification 2018, which intends to replace the existing framework. Based on the recommendations of the Shailesh Nayak Committee Report, it proposes to rationalise inconsistencies and simplify procedures. The draft, which closes for public comments June 17, also seeks to bring about several significant changes that should be evaluated critically.

The 2011 CRZ Notification identifies areas that come within its ambit. This includes 500 meters on the landward side of the High Tide Line (HTL), the inter-tidal area between the HTL and the Low Tide Line (LTL) and the seabed upto 12 nautical miles. It also includes the waterbed of inter-tidal waterbodies such as creeks, backwaters and lagoons and 100 metres on the landward side of such bodies.

As is evident, the HTL forms the baseline from which the regulated coastal area under the CRZ Notification is determined. The National Centre for Sustainable Coastal Management (NCSCM) completed this demarcation as late as in 2017. Currently, the various state governments are in the process of ratifying it. What is striking about this is that the process of demarcation of HTL has been conducted in an entirely unilateral manner without any consultation or engagement with local communities or other experts and stakeholders.

The Coastal Research Centre, a research organisation based in Chennai, has claimed that their ground truthing exercise revealed errors and inconsistencies. For instance, in many parts of Tamil Nadu, especially in the Adyar creek and Ennore creek, the HTL is incorrectly demarcated by NCSCM. In Karungali of Thiruvallur district, Yedaiyanthittu of Kanchipuram district and Kazhuveli of Villupuram district, about 323 hectares of tidal waterbodieshave been left out due to the erroneous demarcation. Despite the criticisms that the HTL demarcation attracted, it has been accepted unequivocally in the 2018 Draft Notification. This raises several issues.

The more substantive changes include redrawn and missing lines. Keeping in mind the vulnerability of coastal areas to natural disasters, the 2011 Notification had included within its regulatory ambit the land falling till the Hazard Line – a line demarcated taking into account tides, waves, sea level rise and shoreline changes. The Shailesh Nayak Committee Reportremoves the Hazard Line from the ambit of CRZ for regulatory purposes, and reduces it solely for the purpose of hazard management. The 2018 Draft Notification reflects this and lifts all prohibitions and regulations based on the Hazard Line, throwing open this hazard sensitive land for all kinds of industrial, construction, infrastructural and other activities.

Under the 2011 Notification, the CRZ area along tidal influenced waterbodies extended to 100 m or the width of the waterbody on the landward side. In the new notification, this has been reduced to 50 m. Similarly, the area marked as a No Development Zone (NDZ) in relatively undisturbed coastal stretches (categorised as CRZ III) has been reduced. Under the 2011 Notification, the NDZ extended to 100 m along tidal influenced waterbodies and 200 m along the sea front from the HTL. The new draft notification reduces this to 50 m in densely populated CRZ III areas and along tidal influenced waterbodies. This will open up large tracts of coastal areas for development, adding to the already stressed coastal areas. What is distressing is that there is no scientific study on the carrying capacity of coastal areas to accommodate such increased development, or the projected impact of such a change.

The 2018 Draft Notification acknowledges the ecological significance of coastal areas and introduces some useful provisions. For one, it includes a conservation, protection and management framework for ecologically sensitive areas (ESA) like mangroves, coral reefs and nesting grounds of sensitive or migratory species. However, these provisions are undercut by other provisions with some significant omissions.

While the 2011 Notification also contained provisions for identification and management of ESAs, they remained largely unimplemented. Neither did the MoEFCC release guidelines nor were there any significant state-led initiatives to undertaking these provisions. Ditto for Critically Vulnerable Coastal Areas (CVCA). The 2018 Draft Notification does little to rectify these issues.

Rather, it allows more activities closer to the coastline. It relaxes amendments to the 2011 CRZ Notification (like those introduced for tourism, mass modal and mass rapid transport systems and monuments and memorials) and introduces new permitted activities. For instance, it allows withdrawal of groundwater in CRZ II areas with little restrictions, setting up of waste disposal units and allowing limestone mining. It opens up the inter-tidal areas under (CRZ IB) to some activities which were allowed only in CRZ II areas under the 2011 Notification -- like storage of petroleum products, LNG and other non-hazardous cargo. It also allows for generating power through non-conventional energy sources and associated facilities. It must be remembered that some non-conventional energy sources, like nuclear energy, pose significant ecological risks.

The latest notification also relaxes some standards. While the 2011 Notification froze the building permissions to the Floor Space Index (FSI)/Floor Area Ratio (FAR) at the 1991 level, the new notification allows it upto the present date. Under the 2011 Notification, dwelling units of coastal fisher communities were allowed within the NDZ in CRZ III areas and only between 100-200 m from the HTL. This safeguard has been removed in the Draft Notification, technically now allowing dwelling units right up to the HTL. Not only does this increase the pressure of human presence and activities on the coast, it also exposes such communities to climate extremes and severe weather events without any buffer.

One particular detail conspicuous by its absence is the complete timeline for implementation. The 2011 CRZ Notification had set specific timelinesto prepare management plans and to phase-out activities which are not in compliance with the CRZ Notification. There are no such corresponding provisions in the 2018 Draft Notification. Only timelines relating to the clearance process are retained, indicating that the only serious commitment is to grant clearance to projects in coastal areas.

Time-bound implementation of a management framework is a fundamental requirement of any conception of good governance. Although in practice these timeframes are honoured only in the breach, the very presence of such benchmarks has been invaluable for stakeholders to hold authorities accountable, and even approach judicial bodies for their implementation where necessary. Through this omission, the Draft Notification removes this possibility entirely.

A question of form and substance

The 2018 Draft Notification is the culmination of several ongoing developments which have diluted the coastal regulatory framework over time. This has been through frequent amendments, and now a proposed overhaul through an executive notification. The absence of a dedicated legislation has enabled this frequent and insidious corrosion of the coastal regulatory framework. In that sense, while the substantive effects of the provisions should be examined, it may be worthwhile to also look at the form and the manner in which the regulatory changes are going to be introduced.

So it appears that the regulatory framework is being overhauled only to satisfy short-term economic and infrastructure interests without taking into account its long-term viability. Coastal ecosystems face several vulnerabilities --marine pollution, loss of biodiversity, sealevel rise and natural disasters. These ecosystems, and the people dependent on the natural resources of these ecosystems, are increasingly under threat. The regulatory framework in India is woefully inadequate to capture the essence of these threats. Rather, the proposed framework further dilutes these protections and withdraws safeguard mechanisms.