India’s water crisis: It is most acute for women 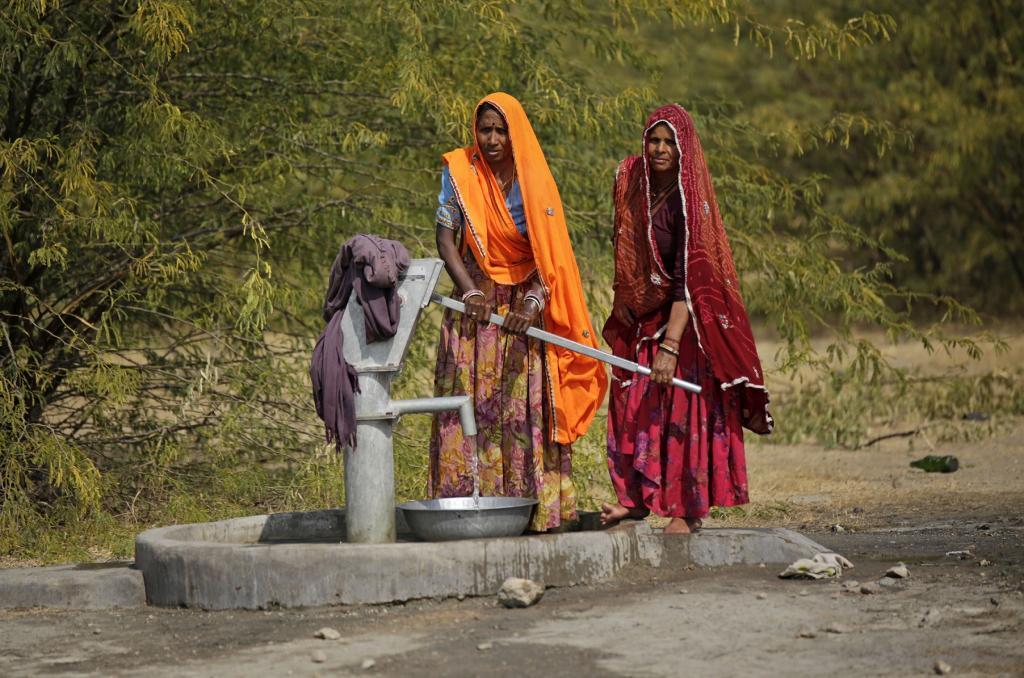 As many as 256 of 700 districts in India have reported ‘critical’ or ‘over-exploited’ groundwater levels according to the most recent Central Ground Water Board data (from 2017).

This means that getting water in these places has grown more difficult as the water table has dropped. Three-fourths of India’s rural families lack access to piped, drinkable water and must rely on unsafe sources.

India has become the world’s largest extractor of groundwater, accounting for 25 per cent of the total. Some 70 per cent of our water sources are contaminated and our major rivers are dying because of pollution.

Women in India are usually treated as second-class citizens. This crisis of water only puts them at a higher risk of vulnerability. Fetching water in India has been perceived as a woman’s job for centuries. Women, especially in the rural areas, walk miles to collect water from the nearest source.

Wells, ponds and tanks are drying up as groundwater resources come under increasing pressure due to over-reliance and unsustainable consumption. This has escalated the water crisis and placed an even greater burden of accessing water on women.

The idea that household chores are a duty for an ‘ideal woman’ and that she must arrange water for the family, has persisted for centuries due to Indian patriarchy.

The ultimate depletion and pollution of groundwater as well as major sources of water puts pressure on women to get their ‘job’ done. Often, fulfilling these roles precludes any other occupation or participation in education.

Their marginalisation is compounded by the indignity and insecurity of not having a private spot to fulfil their toilet needs. Addressing women’s water, sanitation and hygiene requirements is a critical driver in attaining gender equity and unlocking the potential of half of the world’s population.

The water crisis is a women’s issue and feminists need to talk about it. A rural woman in Rajasthan walks over 2.5 kilometres to reach a water source, according to a report by the National Commission for Women.

Also, according to a non-profit named Water, women around the world spend a collective 200 million hours collecting water. In addition to the time spent collecting water, millions may also spend significant amounts of time finding a place to go to relieve themselves. This makes up an additional 266 million hours lost each day.

Since men in rural India have completely made women responsible for water management, this has led to polygamy in one drought-prone village of Maharashtra. This involves having more than one spouse to collect water. The arrangement is termed as ‘water wives’.

In Maharashtra, India’s third-largest state, the government estimated last year that more than 19,000 villages had no access to water. And India is again facing the threat of a drought this year, with monsoon rains expected to be weaker than average.

Temperatures have been five degrees above normal even in the first week of April. In western Maharashtra’s Denganmal — a cluster of about 100 thatched houses set on an expanse of barren land — most men work as farm labourers, barely earning minimum wages.

Marrying for water has been the norm here for many years, villagers said. The water wife is often either a widow or an unmarried woman whose dowry could not be afforded by her family.

By becoming water wives, they regain their marital status and are accepted as a part of society, again. Whether it is a boon for them or not is something that does not cross their minds, as long as they are provided for and accepted in the family.

Through multiple wives, the household chores are split between different spouses and one can certainly go to fetch the drinking water.

This is undoubtedly an example of regressive thinking — of women being seen as substitutes for water pipes or tankers. Extending this issue to the urban setup where many people rely on water stand posts or tankers for their daily requirement of water, women again become an easy bridge between the house and the water station.

Transwomen (also referred to as Hijras or Kinnars) usually live in places that are far from piped water supply. Standing in a queue to collect water becomes more difficult for them because of their perceived gender identity and the stigma around the same.

Hence, many marginalised women can get entrapped into much deeper conflicts, further causing social exclusion.

This whole system of women being forced to be water carriers leads to them having very less time for themselves. This further reduces access to clean sanitation, better physical and mental health of women.

It creates social issues like a lower level of literacy in women since many girls drop out of school to be additional hands in water collection. This further leads to social oppression.

It is important now to make central and state policies dealing with the water crisis, with in-depth gender and feminist lenses. More emphasis should be given to gender inequality rather than gender sensitisation.

Gender roles associated with water need to be ended.