Radioactive pollution in water: A global concern for human health

Radioactive contamination is more prevalent in groundwater than surface water 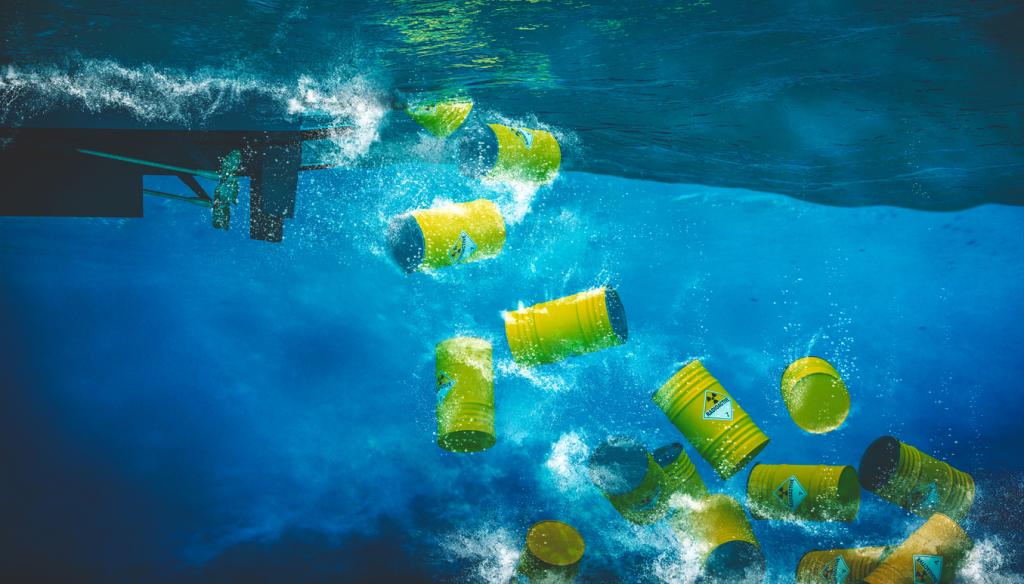 Water pollution is a severe concern for the current generation. We are familiar with water contaminants like major ions, heavy metals, dyes and organic pollutants.

However, radioactive pollution of water is newly emerging but is of grave concern for water pollution and human health. Recently, radioactive contamination and associated health impacts have been reported in many parts of the globe.

Radioactivity is the phenomenon of spontaneous emission of particles or waves from the unstable nuclei of some elements. There are three types of radioactive emissions: Alpha, Beta and Gamma.

The application of radioactive elements in nuclear weapons, X-rays, MRI and other medical equipment causes their exposure to human beings. Dumping of these radioactive wastes in surface waterbodies causes water pollution.

Radioactive contamination is more prevalent in groundwater as compared to surface water since it is much exposed to radioactive elements found in the rocks. Sometimes, magma also releases radioactive gases into the environment.

Radium, a descendant of the NORM series, is one of the decidedly radiotoxic elements found in aquatic systems and can be penetrated into groundwater via (i) aquifer rock dissolution (ii) decaying of 238U and 232Th, or (iii) desorption processes.

Strontium-90, Caesium-137, etc are also formed by nuclear reactors, along with numerous unnecessary radioisotopic wastes. 40K and 7Be are the most commonly found radioactive elements in the sludge generated in sewage treatment plants. Mining activities of radioactive elements like uranium and thorium also pollute surface and groundwater.

Oceans and seas are the natural repositories of naturally occurring uranium. Where it is found in the form of uranyl carbonate ion. A significant concentration of uranium is supposed to be found in the greater salinity of the marine water. 40K is also found in considerable concentration in the marine environment.

Nuclear power plants placed at the coastal regions add to the radiological contaminants in the marine water by releasing atomic wastes. Water is also used as coolants in these powerhouses, which also get contaminated.

Nuclear submarines cause radioactive contamination in the marine environment. Radioactive pollution due to submarine accidents and sinking have been reported. The Rocky Flats plant in Colorado, Fukushima and the Chernobyl nuclear disaster are some examples of such nuclear accidents.

Radioactivity is measured in Becquerel (SI unit) or in Curie. Energy absorbed per unit mass is measured by Gray, while the unit Sievert measures the quantity of radiation absorbed by human tissues.

Radioactive elements have an effect on the environment and can cause a risk to human healthiness if inhaled, injected or exposed.

Human tissues absorb radiation through polluted water and foodstuff, which can cause serious health risks. High doses of radiation can cause acute radiation syndrome or cutaneous radiation injury.

The harmful impacts of nuclear radiation are:

Nowadays, proper analysis and monitoring of radioactive pollutants are also required for a safe water supply. Prevention and precaution measures can check the anthropogenic sources of radioactive contamination in water resources.