All businesses affect the oceans. Some like marine tourism have a direct effect on the health of oceans 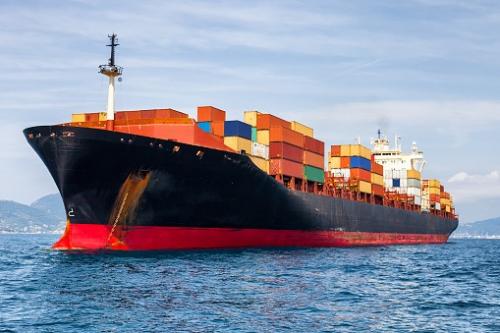 Development and business go hand in hand. The idea of sustainable development has brought in business organisations to the UN’s Ocean Conference.

All sustainable development goals (SDGs) are relevant to businesses. However, it seems that SDG 14, is not an obvious topic for many businesses. All businesses affect the oceans. Some like marine tourism have a direct effect on the health of oceans.

The shipping industry depends directly on the oceans and played a prominent part throughout the day. They organised side events and were there at the SDG media zone twice to talk about how they plan to make a difference.

Sturla Henriksen, chief executive officer, Norwegian Shipowners’ Association, said that they looked at all the SDGs and identified five opportunity areas where they could make interventions.

As part of this, the association has started the ocean data initiative. Ships have been regularly collecting data since 1991 on the geology of the oceans. This would be available free to research institutions around the world. The data pertains to water temperature, salinity and weather amongst others.

To meet the goals of the Paris Agreement on emissions and to de-carbonise by the end of the century, the shipping industry is looking forward to go green.

At present, ships run on diesel and are like floating industries. Though the ships are carbon efficient, they are big in size and create huge emissions. There are also plans to shift to alternative fuels. For example, hydrogen fuel cell technology could be one such option.

Though these are expensive, Simon Bennett, director, policy and external relations, International Chamber of Shipping, feels that the economy of scale would keep the prices down.

“We faced a similar problem when shifting from coal to diesel. The shipping industry has been known to be the cheapest form of transport so far, and shifting to an expensive technology might change this,” Bennett says. However, he added they would ensure that this does not happen. The shift would take around two decades.

The ferry has demonstrated commercial viability and can operate for an hour on just 10 minutes of charging. The ferry consumes just 500 Mwh of energy per year, and operates at 90 per cent energy efficiency, compared to 28 per cent to 35 per cent for a standard diesel engine, according to the company. Their system uses magnetic electrical motors to power the ferry, which are cooled using the surrounding sea water.

However, the problem of plastic waste floating in the waters, remains unaddressed. Petroleum Geo Services, a Norwegian marine geophysical company, plans to help reduce plastic waste in the oceans. It plans to collect wastes and process them on the site. The plastic waste will be compressed and prepared for recycling.

But this is not going to help reduce the level of micro plastics in water. Most of the times, micro plastics are added deliberately into consumer products like cosmetics, detergents and synthetic clothes. These particles then make their way to the oceans.

Lila Karbassi, chief of programmes, UN Global Compact, points out that it has been more difficult than anticipated to collect commitments on SDG 14. Global Compact has around 30,000 members, which includes cosmetic companies they have not yet come up with a sustainable choice, Kirbassi adds.

Global Compact is in the process of preparing a blueprint to see how companies can contribute to the most critical aspect of the SDG—on how to choose the entry point to ensure that we meet the goal.

Shoes out of plastics

Some businesses are already making a change. These include businesses such as the initiative taken by Adidas and Parley for the Oceans, who are using ocean plastics to make sports shoes. The upper part of the shoe is made of yarns and the filaments from reclaimed ocean wastes. The green wave pattern across the shoe uppers is made from reclaimed and often illegal gillnets, while the rest of the upper portion is made from plastics collected from beaches on the Maldives.

After collection and processing of the plastics, the shoes are brought to life using a 3D-printing technology. They plan to manufacture a million shoes by the end of 2017. They have also recently launched a new line of commercial swim wear made from same materials.