If India’s hilly areas such as Uttarakhand have to be protected from any major water crisis, it is very necessary to maintain and protect the old methods of water harvesting 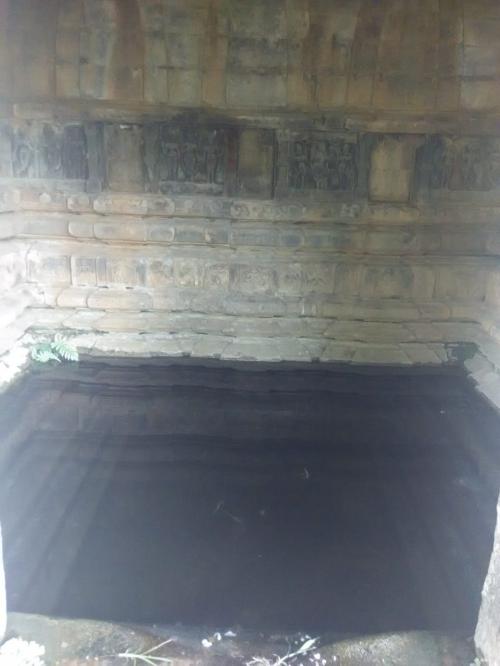 Earth is the only planet in the universe which has life. This is possible only because of the presence of water. The Himalayan region, well known as the “Water Tower of Asia”, has 33,000 sq km of glaciers. Uttarakhand, situated in the western Himalayas, is richly endowed with water. Many traditional systems like Naula (little depression aquifer), Dhara (springs), Gadhera (small river tributaries), Gul (traditional irrigation canals), Chal and Khal (artificial ponds on hilltops) to collect and supply water still persist in the villages of Uttarakhand. Among these, Naula and Dhara are the most important and are still used as the prime source of drinking water in many hilly areas of Uttarakhand, especially in the Kumaon division.

A Naula is a naturally-occurring water aquifer. It is a stone-lined tank which catches dripping water from springs and streams. It looks like a temple from outside and is equally regarded as such. Naula and Dhara have been considered as sacred in Uttarakhand’s tradition and culture. Sculptures of Lord Vishnu or any local deity are usually carved onto the walls of the Naula or Dhara to declare it a sacred site and prevent it from being polluted. The entrance of the Naula was always made small. This was done to prevent animals from entering it and to ensure that only one person entered it at a time. On the other hand, Dharas are mostly protected by constructing boundary walls.

Water is considered so sacred that both, the Dhara/Naula and Kalashvivah (‘urn marriage’) are still socially recognised. According to the Kalashvivah, when the groom was absent due to some reason, the bride was formally married to an urn of water and it was considered by then that both the absent groom and the bride are married thereafter. All important Hindu rituals like weddings and Namkaran (‘naming ceremony’) were linked with the Naula or Dhara to maintain their sanctity. For instance, even today in Kumaon, on reaching her husband’s home, the new bride first offers a ritual prayer at the village Naula or Dhara. These customs indicate that the ancestors of present-day Uttarakhandis recognized the importance of water and water-harvesting systems and included them in their rituals as if they were a member of their family.

Naulas are common water harvesting structures in Kumaon, but less popular in Garhwal. The construction of public water facilities like Dhara and Naula was considered to be an act of piety in ancient times. Naulas in Kumaon made during the Katyuri and Chand Eras are still in use today. For instance, the 1,000-year-old Naula in Suryakot (Almora), the 700-year-old Naula near Haat Kalika temple in Gangolihat (Pithoragarh), built by Raja Ramchandra Dev, the Garhsher Naula in Bageshwar district built in the 7th century and the Baleshwar Naula, built by Raja Thorchand in 1272. The Ranidhara Naula (Almora), Pattiani Naula and Tularameshwar Naula of Shealgaon (Almora) and Pahadpani Naula (Nainital) are some other notable examples. Some Naulas were beautifully carved on stone. One such example is the Ek Hathiya Naula in Dhakana village of Champawat district.

Depletion of natural resources is one of the greatest challenges before human societies globally. Their conservation is important for the improvement of ecology. Water, which is the most vital natural resource for life on earth and the scarcest commodity in the 21stcentury, is also being polluted by various anthropogenic activities. The ancestors of Himalayan communities followed some basic principles to keep water pure and pollution-free. These include considering water source as “sacred”; constructing a temple at the source of water; not obstructing the velocity of water and using water frugally. Planting sacred trees like Banyan or Peepal at the edge of the water source was a common practice and was considered to be the work of virtue. This practice helped in preventing the evaporation of water. Besides Naula and Dhara, Chals and Khals, which are small artificial ponds constructed on the slopes of mountains, were also made regularly in many places. These ponds were not only the traditional methods of rainwater harvesting which helped in maintaining the groundwater level but also provided water to domestic and wild animals in forests.

Such traditional water resource management systems are now dying due to lack of forest and tree cover, irregular and unpredicted rainfall pattern, loss of traditional knowledge, modernization and uncontrolled development. These natural water resources become the target of popular attention only when modern water pipelines stop working. Among the important reasons behind the negligence of these important water resources is modernization, which has caused a loss of traditional knowledge systems among rural communities along with a lack of maintenance due to out-migration of villagers to nearby towns and cities for better job opportunities.

Still, there is hope that we can conserve these resources. Many villagers still prefer to drink water from the local Naula or Dhara and use the water of pipelines only for their other daily needs such as washing clothes and dishes and bathing. Some of the traditional practices followed by these people are so scientific that if they are adopted by the rest of us, the problem of water crisis can be solved.

If the hilly areas have to be protected from any major water crisis, it is very necessary to maintain and protect the old methods of water harvesting like the Naulas and Dharas along with traditional rainwater harvesting methods like Chal and Khal. Plantation of broad-leaved trees like Oak, Chestnut, Deodar, Burans, and Ficus species, depending on habitat suitability mapping, can supplement such efforts.