Deficit rainfall and changing land use pattern has made water a scarce commodity in the state. Communities are trying to brave the crisis 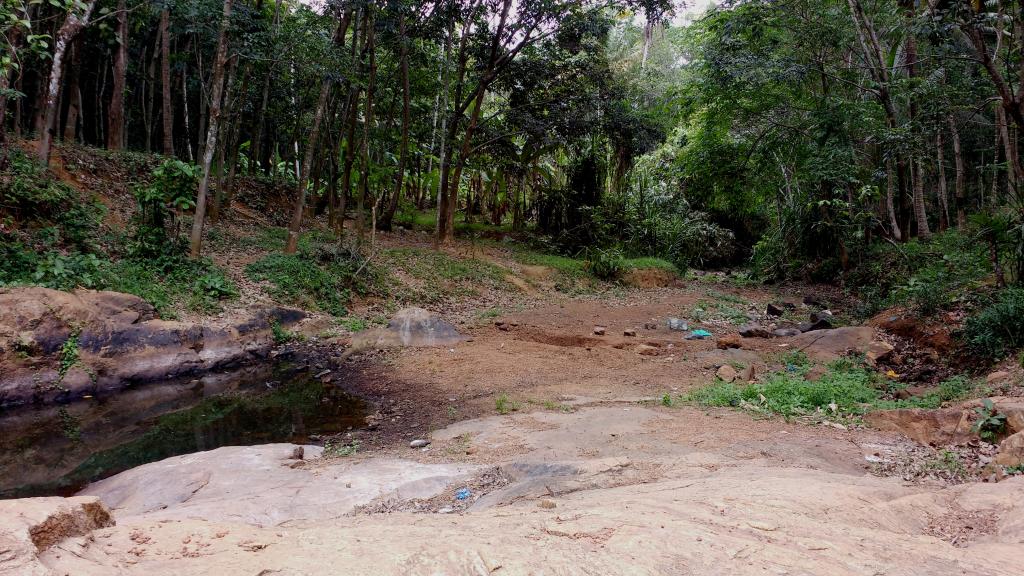 Kerala was reeling under its worst drought of the last century, until a month back, before the monsoon brought some relief. The state was declared drought-hit by the Centre along with other southern states last year. According to the Indian Meteorological Department, Kerala faced a 34 per cent deficit from the normal rainfall during the southwest monsoon between June and September 2016. Additionally, there was a large deficit (62 per cent) during the northeast monsoon between October and December 2016.

Traditionally, domestic water requirements were fulfilled with wells. With deficit rainfall and drying wells, households were constantly on the lookout for water.

In Kilimanoor, a town located 36 kilometres from capital Thiruvananthapuram , receiving water through pipes was a luxury. Since the terrain is difficult and houses stand at some distance from one another, connecting pipes to each house is not easy. Even where there are pipe connections, supply is limited to an hour’s time in the day. Soon, access to water will be a prominent distinction of affluence, as the crisis deepens.

Often, the piped water reaching the houses was muddy and water purchased from tankers, unpleasant. Thus there was high dependence on groundwater for domestic consumption.  As the open water wells in the homestead started drying, residents switched to borewells for water. Digging out a bore well is a huge risk for the house due to the high cost involved and uncertainty of finding water. Few households reported the failure of borewell this season. Considering the drought situation government banned further digging of bore wells in the region during summer months. Several households have noted bore wells on the to-do list once the ban is lifted.

The job of fetching water for domestic use falls on the women of the house, who often reflect on their options (or lack of it). Relations were strained depending on how often a well-owner would allow them to take water. And the experiences with the well owners have become stories, fodder for local gossip.A perennial stream of water flowed in Vandanoor part of the town. It has been dry for over half the year. Subhadramma, 85, has spent a lifetime living close to the stream but she had never seen it dead till now.

Surprised by the current state of the stream, Girija, a local resident, says, “It is just like a path now!” It was a lifeline for the local people: men and women used it for bathing and washing clothes, generations of children learned swimming here. 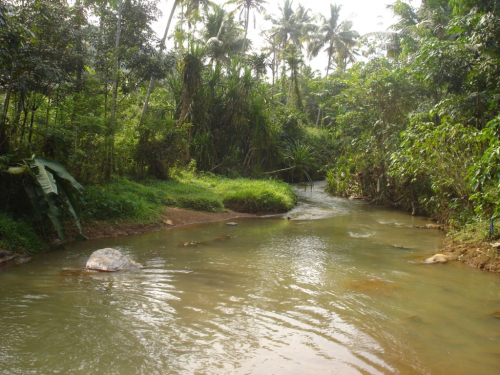 Water has traditionally been an abundant resource in Kerala, with annual rainfall amounting to more than double the national average. It is now turning to a priced commodity. “Earlier we used to take fruits or snacks items when visiting a friend or family member to stay in good books, now perhaps we need to shift to a can of water,” said resident Vijay Kumar jokingly.

Perhaps due to the availability of plentiful water in the past, it never occurred to the households to safeguard sources of water. Now that the land naturally available to support groundwater recharge is altered, lately houses in the area are building structures to store rainwater – mazhavella sambharani. This was unheard of. Pre-monsoons these structures blankly stared into the blue sky.

While it is common knowledge that farmers’ livelihoods are severely hit by water stress, this year the casual laborers were also deprived of work. Three of the major activities requiring labor participation—construction, rubber tapping, and farming—had ground to a halt due to lack of water.

In the last few decades, most land owners in the area switched to rubber tree plantations, for its commercial value. The incredible income with very little investment was irresistible. Paddy fields surrounding the stream, which now remain a sweet memory of the past, were converted to rubber plantation over a short time span, a drastic shift in land use in the area. Traces of irrigation channels in the erstwhile paddy fields can still be found crisscrossing the plantation.

The often-stated rationale for this large-scale conversion was "naad oddumbol naduve oddanum"  which implied that when our neighbors shift to rubber plantation we also have to do the same. It turned out that if there are open fields in adjoining plots, the rubber trees bend into the empty space to capture sunlight. The roots of the rubber trees also take up most water and nutrients, damaging the plants growing nearby.

Rubber plantations have spread like wildfire in the region and Kerala in general. Such is human nature that with recent price crash, people have begun to discover the negative effects of rubber plantations. Low rubber prices along with high labour wages are squeezing profits and plantation owners are repenting today.

Water stress in the area is attributed to widespread rubber trees by some. Mohanadas, a retired assistant engineer from the Kerala Water Authority explains, “In addition to failed monsoon, the rubber trees are a reason for increasing water stress in the area. A huge amount of water is trapped by the rubber trees. Now that the paddy fields have disappeared there is no water logging practiced which could replenish ground water. Also, the withdrawal from house water wells has increased with rising population, construction requirements, farming etc.” The change in land use practice has altered the entire watershed. Studies have revealed that rubber plantation not only reduces the vegetation diversity of the region, it is also detrimental to the groundwater resource. 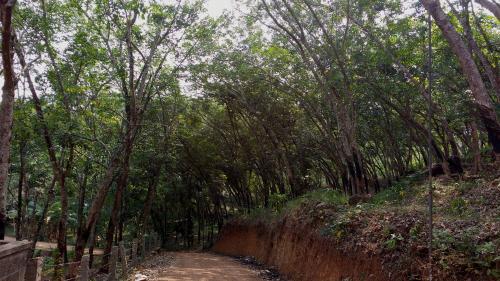 A patch of sarpa kavu (dense patch of trees known to be the abode of snakes) has also vanished to make way for rubber trees. An age-old adage about the kavu says Kavu theendallu ketto which largely meant to not disturb the patch. The adage has a second line that says if you do so you will be deprived of drinking water.

Perhaps, we have forgotten the wisdom of our forefathers and our now paying the price for it. 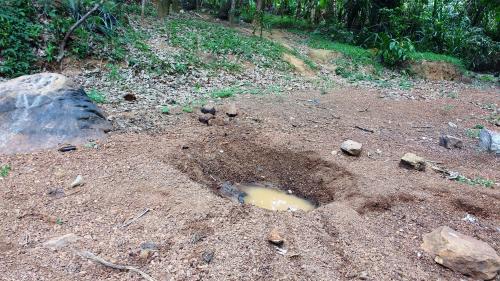