The missing manual scavengers of India

Government surveys are confined to statutory towns, highlighting the fact that the Centre looks at it as an urban problem 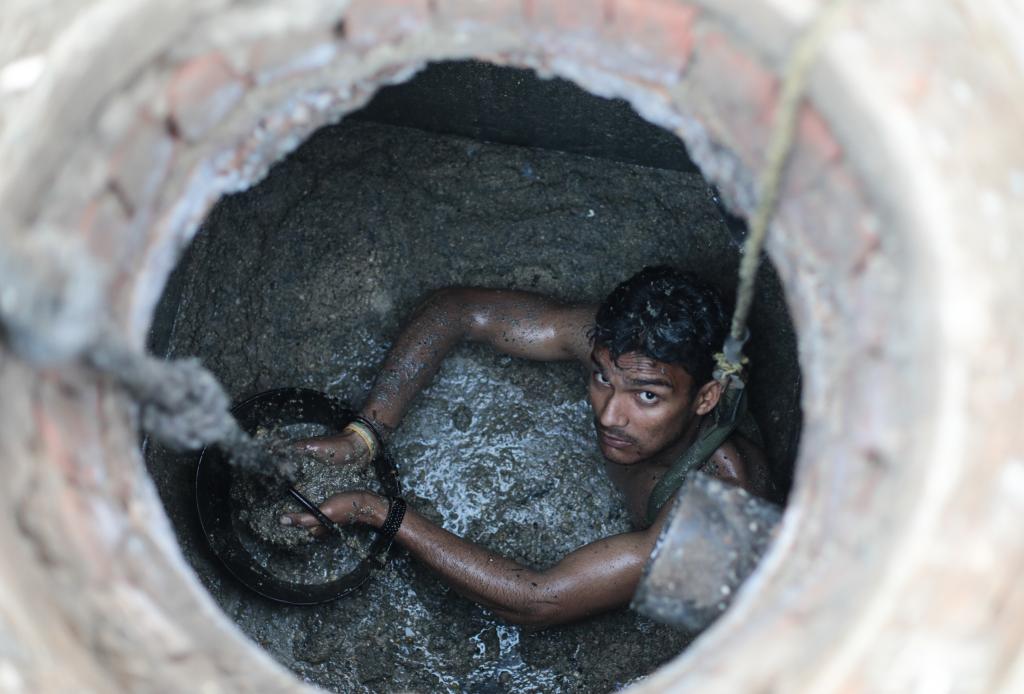 The practice of manual scavenging has accursed Indian society since time immemorial. The efforts to abolish this custom have garnered momentum within the state machinery, advocacy groups and academia the last three decades, particularly since the constitution of the Safai Karamchari Andolan (SKA) in 1994.

Officially, the number of manual scavengers dropped to 42,303 in 2018 from 770,338 in 2008. Notwithstanding the said developments, the drastic reduction in the official count in the recent past can be construed as indicative of gross underassessment rather than being reflective of their actual numbers in India.

While the Indian government attributes this drop to the strict enforcement of the Prohibition of Employment as Manual Scavengers and their Rehabilitation Act, 2013 and the impact of the Swachh Bharat Abhiyan, it couldn’t be farther from the truth. A closer inspection of the problem reveals many shortcomings in the implementation of the said act, Swachh Bharat Abhiyan as well as procedures adopted to arrive at the official figure of manual scavengers.

The survey and its shortcomings

The survey of manual scavengers in 2018 was conducted by the National Safai Karamcharis Finance and Development Corporation (NSKFDC) at the behest of the Ministry of Social Justice and Empowerment. This survey, which found 87,913 manual scavengers in India, was only conducted in the statutory towns of 14 Indian states.

Of the 87,913 manual scavengers identified by the survey, 42,303 were recognised by the ministry and only 27,268 have been integrated into relevant schemes and have received any form of entitlements or benefits from the ministry.

It is but obviously a grossly underreported survey, given the fact that the Socio-Economic Caste Census of 2011 identified 1,82,505 households with the primary occupation of manual scavenging.

Whereas, the SKA estimated that the numbers of such scavengers were around 12 lakh, which seems more reasonable, given the fact that the Census of 2011 estimates the number of dry latrines in the country at around 26 lakh.

Notwithstanding the efforts of the government, the assumption that the age-old practice of manual scavenging has seen a drop of almost 89 per cent in seven years (based on the estimations done by the SKA in 2011 and the NSKFDC Census, 2018) is irrational.

The fact that this survey was confined to statutory towns in India is reflective of the Central government’s attempt to willfully misjudge manual scavenging as an urban problem.

The act and its implementation

The Prohibition of Employment as Manual Scavengers and their Rehabilitation Act, 2013 aims to eliminate insanitary latrines (those not connected to pits/septic tanks/sewage lines) alongside tracking the rehabilitation of manual scavengers in other occupations and conducting periodic surveys.

To eliminate this practice, the act has provisions for stringent penalties, for direct or indirect employment of any person in hazardous cleaning of sewers or septic tanks by any person, local authority or agency. For example, even the first instance of its contravention is punishable with imprisonment up to two years or fine up to Rs 2 lakh or both.

If a worker dies while performing such work, even with safety gear and other precautions, the employer is required to pay compensation of Rs 10 lakh to the family.

Despite such stringent provisions, hardly any action is visible on the ground — not a single FIR was filed in 2014, accordin to the 57th Standing Committee of Social Justice and Empowerment, 2017-2018.

Two cases under the law were reported from Karnataka in the National Crime Records Bureau report of 2015, where only one went for trial. Karnataka has maintained its lead in its compliance with the law by filing 55 FIRs. This clearly reveals a lack of empathy on part of the state, bureaucracy and even society.

As per the National Commission for Safai Karamcharis (NCSK) database, 608 manual scavengers have died between 2013 and 2017 while cleaning septic tanks. However, many advocacy groups have raised concern over the authenticity of this data, claiming that the actual number would be much more.

NCSK reported 123 deaths during January-August 2017, whereas, the SKA reported 429 deaths in the same duration in the National Capital Region alone.

While the contemporary official records evidently underestimate the employment and deaths of manual scavengers in India, the implementation of policies pertaining to their welfare have fallen short in terms of reach and coverage.

The Self Employment Scheme for Liberation and Rehabilitation of Scavengers (SRMS) was set up in January 2007 with the objective of rehabilitating them and their dependents with alternative livelihoods. The benefits and entitlements offered under the SRMS are as follows:

Under the Swachh Bharat Abhiyan, India claims to have constructed approximately 1,000 lakh toilets since 2014, thereby providing approximately 95 per cent households with access to toilets.

While the twin pit variety does not require human handling of faecal matter, the other two varieties require manual or mechanical extraction of faecal matter after a period of time. Given the abundance of septic tank with soak pit and single pit varieties of toilets and the low availability of suction pumps at the village level for mechanical extraction, it is obvious that most of these toilets in rural areas would be cleaned manually.

Given the present policy climate which has relegated the scourge of manual scavenging to just an urban challenge, it is pertinent that the situation of rural sanitation be highlighted.

While it is irrefutable that the Swachh Bharat Abhiyan has made unprecedented and positive behavioural and infrastructural changes with regard to the usage of toilets, we need more effort and time to substantially reduce manual scavenging. Perhaps, at a policy level, the Swachh Bharat Abhiyan has addressed the issue of access to toilets, ignoring those cleaning them.

Judicial intervention and the way forward

Given the gaps in assessment and laxity in implementation, it is unlikely that manual scavenging would end anytime soon. However, the judiciary has taken a proactive role in addressing this issue.

The aforementioned survey in 2018 to estimate the number of manual scavengers in India was conducted at the behest of the judgement passed by the Supreme Court in the matter of Safai Karamchari Andolan and others versus the Union of India and others.

More recently, the Bombay High Court in response to a PIL filed in 2019, sought a response from the Maharashtra Government regarding the number of convictions in cases related to the employment of manual scavengers as well as the disbursement of compensations upon their death, doubting the tendency of underreporting by the government.

The state and society needs to take active interest in the issue and look into all possible options to accurately assess and subsequently eradicate this practice. It also warrants an engagement of all stakeholders for the proper introduction of mechanisation and ensuring that it is made available to all those who are forced to engage in this undignified practice.