Around 97% of the domestic wastewater is untreated, discharged to the environment 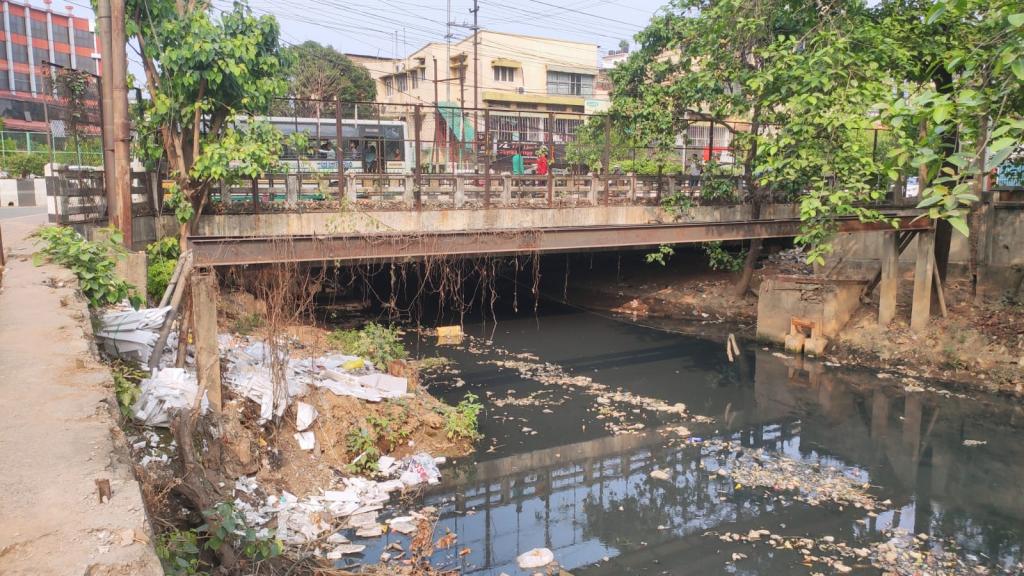 Guwahati's Bharalu storm water drain carrying wastewater into Brahmaputra River Photo: Vikash Agarwal
Assam was once considered water-rich, but it has been using up this resource fast in the recent decades; twice as fast as its increase in population.

The reasons behind this increase in consumption of freshwater are:

The potential of per capita availability of water reduced with the increase in per capita consumption of water in domestic, agricultural and industrial sectors. This led to the state ranking in the bottom three of all states in the recent SDG Index released by Niti Aayog, the government think-tank.

In 2018, the Central Pollution Control Board (CPCB) identified 44 polluted river stretches in Assam — the second-highest among all states and Union territories (UTs) in India.

Some interventions and improvements were seen in the recent past but still, the damage to the water bodies didn’t reduce. The discharge of untreated wastewater may be a major cause of river pollution in several states, including Assam, experts pointed out.

In response to a National Green Tribunal order of September 2020, the Assam government in its report stated that the Assam Urban Water Supply and Sewerage Board has been designated as the nodal agency for establishing STPs in urban areas. A detailed project report will be prepared soon.

The Centre for Science and Environment (CSE), a Delhi-based non-profit prepared a Shit Flow Diagram (SFD) Lite Report in September 2020 for Tinsukia urban-local body. The document highlights the poor sanitation infrastructure for one of Assam’s leading commercial hubs.

Around 97 per cent of the domestic wastewater is untreated and discharged to the environment, with no proper arrangements of secondary and tertiary treatment facilities for treating and managing domestic wastewater, the study found.

From Tinsukia to the other ULBs in Assam, insufficient sanitation infrastructure is painting a gloomy picture for the mighty Brahmaputra and other rivers seeking attention for interventions at source to control the pollutants discharged. 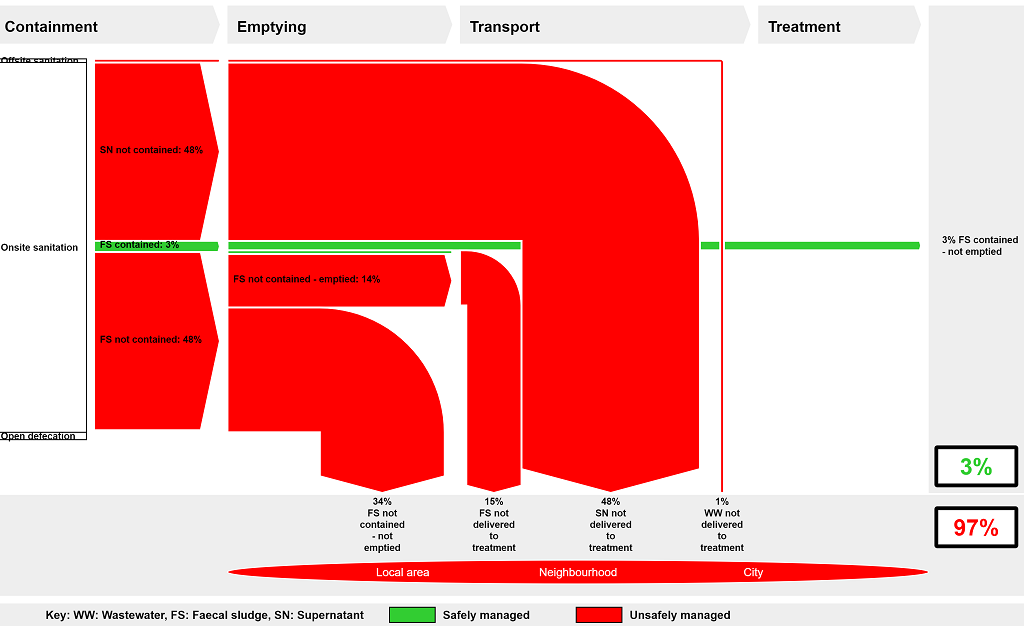 The major problems are plenty for the small ULBs on the sanitation front.

Second, the links in the sanitation chain are missing or the ones available are insufficient to meet the population demand. The recently introduced cesspool service, for instance, is yet to pick up on periodic desludging of septic tanks.

The SFD Lite Report of Tinsukia highlighted the key issues which the city is facing like:

Major dependency on on-site sanitation systems, which are either connected to storm water drains or not getting emptied frequently, as specified by Central Public Health and Environmental Engineering Organisation (CPHEEO).

The effectiveness of open drains is reduced due to indiscriminate dumping of solid waste and unwanted sewage flowing into it.

The ULB was declared Open Defecation Free in 2018. However, during field visit, it was observed that poor toilet infrastructure or lack of adequate alternative toilet facilities in the form of community / public toilets in slum areas result in behavioural issues. These individuals have no choice other than defecating in the open.

Also, during the rainy season, flooding is prevalent in a majority of the slum areas. This results in waterlogging, exposing the population to a high risk of contamination.

Entry of drain / sewage water into houses during rains was a very serious issue pointing to the direct implication on health and in turn, on the economic well-being of people.

It also stressed on the challenges faced due to the absence of a conveyance system, leading to the discharge of night soil in open drains and thereby to nearby ponds or water bodies.

There is no denying that today Brahmaputra and its tributaries are getting choked due to the untreated discharge of domestic sewage. Owing to this, some experts opined that the Brahmaputra may be another Ganga in the making if steps are not taken to address the sanitation issues.

To address the above problems, a couple of intervention models such as improving septic tanks, decentralised wastewater treatment systems, constructed wetlands, phytorid and in-situ nullah treatment can be implemented at different levels ranging from household, community and zonal level as ‘do-it-yourself initiatives in Assam.

To know more about the specific technological option and related case studies, one can visit the web-based tool called MOUNT (Menu on Un-networked Technologies) developed by CSE.

These interventions can provide the much-needed thrust to community-based wastewater management and citywide sanitation approaches set under Swachh Bharat Mission 2.0 and AMRUT 2.0.