Urban flooding around the world: Where is India placed?

Urban water management systems, especially in cities, are largely based on traditional engineering approaches. Urban drainage systems, for example, are usually developed to rid the city of stormwater as quickly as possible resulting in increased imperviousness in urban areas.

In the last few decades, however, with an increase in frequency of extreme weather events such as high-intensity rainfall, water-related research has gained traction. Pluvial flooding — rain-driven flooding that results from the excess of natural or engineered drainage capacity — has emerged as a critical issue in urban water management.

Many contemporary cities are vulnerable to pluvial flooding and associated risks are projected to increase with global climate changes and urban populations growth.

To address the concern, the concept of slow, spread, sink and store runoff has been adopted by many cities to cater to high rainfall events and avoid urban surfaces turning into water-logged areas.

Several cities have opted for bioswales, rooftop gardens, retention ponds and permeable pavements, which can reduce runoff to at least half. The efforts are known as water-sensitive urban design (WSUD in Australia), low-impact development (LID in North America) and sustainable urban drainage systems (SUDS in Europe).

Many countries have begun to consider the necessity for such practices in their cities and settlements, particularly in the wake of climate change.

Addressing technical integration problems, legislative constraints, social equity, and community acceptance will be necessary for them to develop water-sensitive cities. Here are some alternative names used for the systems.

For instance, heavy rainfall in July 2011 prompted the city of Copenhagen to develop a Cloudburst Management Plan in 2012 to prepare the city for one of the biggest climate change challenges — extreme rainfall and pluvial flooding.

The plan contains approximately 300 site-specific projects. Some of its adaptation measures included developing stormwater roads and pipes that transport water towards lakes and harbour, detention areas to store large volume of waters, green roads to detain and hold back water in smaller side streets.

The Netherlands, which has been fighting to hold back the North Sea since the middle ages, had its own day of reckoning in 1953, when a heavy storm ruptured dikes and caused flooding that killed 1,836 people.

Now, the country has become a model for dealing with water in an enlightened way. Instead of merely trying to barricade water out, the Dutch approach is to let it flow where it won’t do any damage. The country is dotted with ponds, lakes, seaside parking garages and city plazas that double up as water storage ponds during flooding events.

Similarly, the city of Rotteradam has shown how a children’s playground can protect the city from flooding. 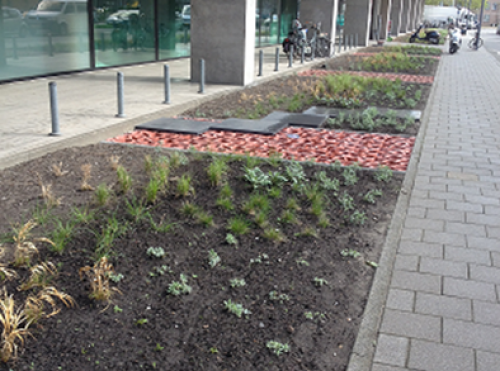 In 2012, severe flood in Beijing wreaked havoc on the city’s transportation systems. In 2016, floods overwhelmed drainage systems in Wuhan, Nanjing and Tianjin.

China realised that engineering solutions were popular interventions, but cities cannot simply pipe away flood risks. To address the issue, China’s sponge city initiative set an ambitious goal — by 2020, 80 per cent of urban areas should absorb and re-use at least 70 per cent of rainwater.

Launched in 2015 in 16 cities, the initiative seeks to reduce the intensity of rainwater runoff by enhancing and distributing absorption capacities more evenly across targeted areas. The resulting groundwater replenishment increases availability of water for various uses.

This approach not only reduces flooding, but also enhances water supply security. 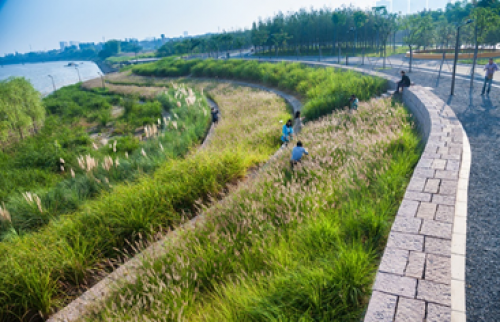 Increased flooding was experienced in South Africa between 2000 and 2009, often associated with increasing concentrated rainfall events along with urbanisation. The disaster led to an estimated loss of Rand 4.7 billion and 140 deaths.

In 2017, South Africa came up with guidelines on ‘Water Sensitive Urban Design (WSUD) for South Africa’ and ‘Sustainable Drainage Systems’ and emphasised on the need to move towards water-sensitive cities.

Where is India placed?

Monsoons are a great asset for India, provided Indians take advantage of this bounty of nature. But layout of urban drains along roads is the only method followed to manage stormwater in cities.

Stormwater runoff has historically been addressed by way of engineered systems with a standard technique being drain/channel conveyance.

Drains as conveyance helps move water to a specific discharge point through drains on roads. Drainage channel conveyance systems, unfortunately, are singular in function and do not provide any additional ecological benefits. They do little to prevent stormwater runoff from occurring in the first place.

Their use does not get us closer to the natural hydrologic cycle. Even though the National Mission on Sustainable Habitat suggests that 2-5 per cent of municipal area should be reserved for water bodies, there is no legal protection for city lakes, catchment and drainage systems.

Hence many urban water bodies and their catchment have been encroached upon or taken away for housing and other buildings.

Although clearly identified pluvial flooding as a major issue cities during monsoon, the authorities responsible in Indian cities often lack the knowledge and tools required to deal with stormwater management.

Development authorities often make use of conventional approaches implemented in developed countries during the 20th century, which aims to evacuate the runoff from the city as quickly as possible rather than endeavour to store and reuse it. Alternative and additional measures (storage /infiltration/delayed surface runoff) remain relatively unknown or unused in cities.

It is imperative that we realise the risks of not addressing stormwater management in the early stages of planning and design causes constraints to new development or (re)development, missed opportunities for cost saving, poor quality of urban environment and overall unsustainable urban development.

The need is for more integrated land and stormwater management from early stages to reduce the incidences of urban floods.

According to guidelines from the Urban and Regional Development Plans Formulation & Implementation (URDPFI), 2016, the maximum percentage of land is allotted to residential areas in different sizes of urban centres — metropolises to small towns.

Residential clusters, which occupy the largest share (35 to 45 per cent, apart from recreational area of 18 to 20 per cent) of land use in cities and towns, comprise building rooftops, sidewalks, paved parking spaces and pervious areas that could be gardens or just open land and accessible roads.

The URDPFI guidelines provide ground rules for the percentage of maximum allowable ground coverage for each land-use activity in India. According to the guidelines, the average built-up area for an urban area is 24 per cent, while for an open space, it is 76 per cent.

It talked about integrating smart practices such as water sensitive urban design. However, they need to be incorporated at city level.

It is high time that public open spaces in Indian cities are analysed and designed to give space for runoff to avoid flooding in cities. This can be in the form of waterbodies/ponds, parks and other green areas, which can be used for recreational activities for the rest of the year as well.

There is a need to include public open spaces within urban fabric in the form of storm management infrastructure, which could help our cities transform into water-sensitive cities.