Both, Delhi and Mumbai, must clean their stormwater drains and maintain their green spaces to conserve rainwater 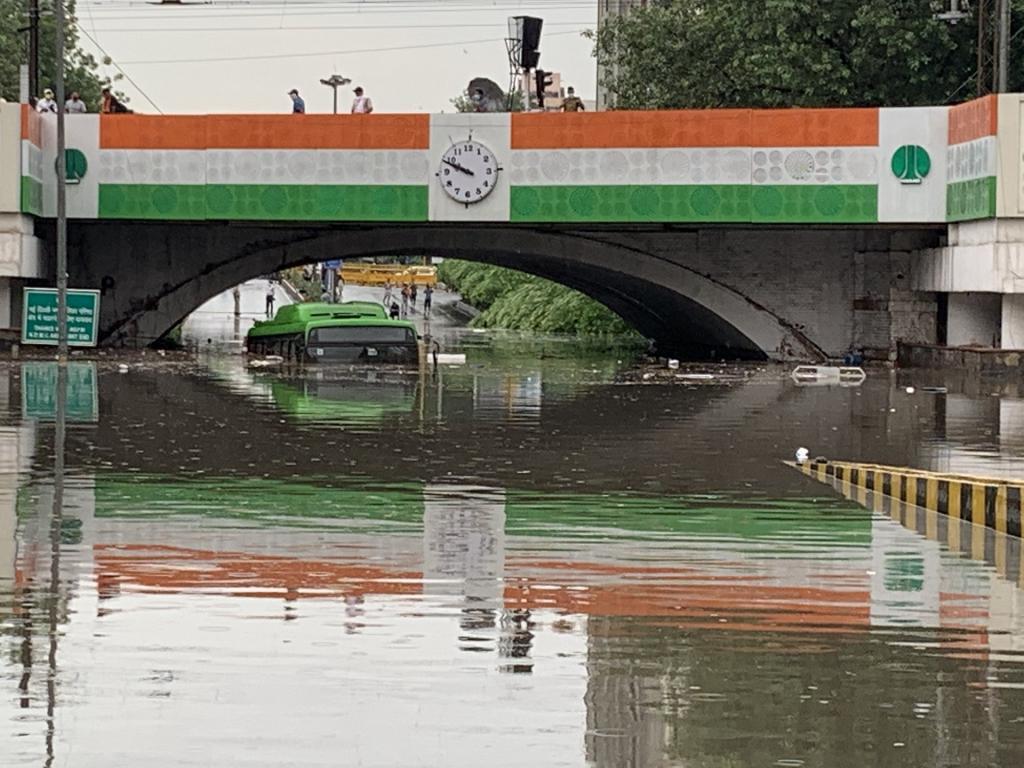 This is not the first time India has recognised the need of recharging groundwater through rainwater. Both urban and rural areas in India extract groundwater. But urban areas have less provision to recharge the groundwater as they face mindless conversion of green areas to concrete and choking of waterbodies.

The recent waterlogging in Delhi and Mumbai show how the cities again missed the opportunity to collect rainwater. The sponges of the cities —their green belts — are lost to concretisation or are turned into garbage dumps as urban planners cannot see beyond land.

The urban areas drain out rainwater without recharging the groundwater and end up increasing the demand and supply gap in the cities.

The volume of rainwater generated in the last 19 days — calculated by multiplying the area by the rainfall received and the co-efficient of the rainwater runoff — was almost 17 per cent of the annual demand.

This was estimated taking into account the city’s 18.8 million population, according to the 2011 Census, with a coverage of 1,483 square kilometres area. The co-efficient of the runoff was taken as 0.5, considering the city’s combination of hard and soft areas, according to standard rules.

Mumbai has a population of 12.5 million, according to the 2011 Census, and is spread over an area of 603.4 square kilometres, which is exactly half of Delhi.

The daily demand of Mumbai city is around 3,900 million litres, which when converted to annual demand comes to 67,525 MCM. The amount of rainwater generated in the last 19 days was 13 per cent the annual demand.

Both Delhi and Mumbai depend heavily on groundwater, according to the Central Ground Water Board. The underground water is pumped out mindlessly to cater to the urban population and this causes the plunging of groundwater levels in the cities.

To recharge the groundwater, the stormwater drains that carry rainwater should be cleaned and well-managed.  Disposal of solid waste in these drains must be banned. There should also be provisions for rainwater to be drained in nearby green areas and parks, where it can be recharged into the ground through rainwater-harvesting systems.