The adverse effects that will be caused by the interlinking of rivers and diversions from the ecologically sensitive Western Ghats terrain, are not to be overlooked 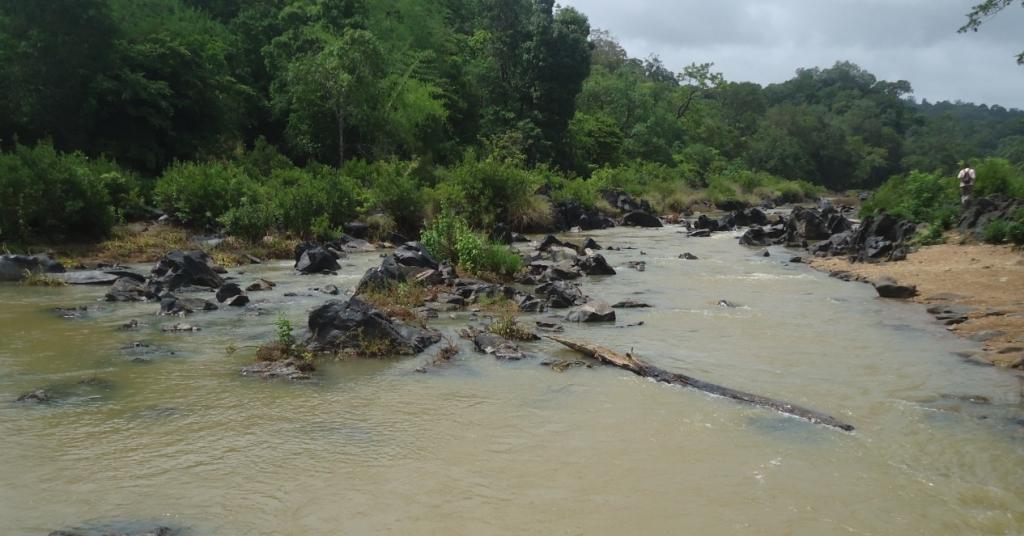 The Union Ministry of Jal Shakti (water resources), under the ‘National Perspective Plan’, had called for proposals to transfer water from water surplus basins to water deficit basins.

Accordingly, the National Water Development Agency (NWDA) had identified 30 links in the country that included 16 peninsular rivers. There were two sensitive proposals among the six Karnataka proposals. These were the Bedti-Dharma-Varada and Aghanashini-Varada river links.

Read How can you make a westward-flowing river flow east: Activists on Bedti-Varada interlinking

These proposals are about the diversion of water from west-flowing rivers located in the highly ecologically sensitive Western Ghats zone of Yellapur, Sirsi and Siddapura taluks of Uttara Kannada district to Varada, a tributary of the Tungabhadra in the eastern plains.

The structurally controlled Bedti and Aghanashini river drainage systems, known to contain rare species of flora and fauna, drain into the Arabian Sea.

They flow through narrow gorges, valleys with rapids, cascades and deep waterfalls in the evergreen dense, forest-clad mountainous picturesque zone of the Western Ghats.

The climatological, geographical, geomorphological, geological and geohydrological set up of the terrain is unique. The Aghanashini basin has not been tampered with till now.

The Western Ghats zone influences the monsoon pattern by intercepting the rain-laden southwest monsoon winds. The dense forests contribute to the precipitation by releasing much of the moisture back into air as transpiration.

The forest hydrology of the area has a unique role in the hydrological cycle. Interference in the forest management practices alters evapo-transpiration, soil infiltration capacity, run-off, base-flow, etc.

The pre-feasibility report of the ‘Bedti-Varada link proposal’, was submitted by NWDA in August 2021.

It envisaged the diversion of 242 million cubic metre (mcm) from the Bedti Basin to the water-scarce Tungabhadra sub-basin to irrigate 60,200 hectares (ha) in the Tungabhadra Project command Area of Raichur district.

The headworks proposed are to construct two weirs across Pattanada Halla and Shalmala Halla and interlinking systems between these two reservoirs.

About 1,005 ha of area in Uttara Kannada district would be submerged if this proposal is implemented. Some 787 ha of the 1,005 ha is forest land, 130 ha is cultivable land and 88 ha is under non-agricultural use. There is also a village with a population of 967.

These are in the Western Ghats, which is eco-sensitive and a biodiversity hotspot.

It is ironical that the draft DPR talks about conducting topographical surveys, geological and geotechnical investigations, bore hole drilling on the weir / barrage sites, seismo-tectonic studies, etc, after getting approval.

If the project is implemented:

The Shalmala Riparian Ecosystem Conservation Reserve consists of riparian forest of 100 metres width on either side of the Shalmala river.

The Supreme Court recently directed that a one km wide area be maintained as an ‘eco-sensitive zone’ (ESZ) from the boundary of protected forests. The top court also directed that no new permanent structure shall be permitted for whatsoever purpose within the ESZ.

There has been strong opposition by the local people against the implementation of the proposed Bedti-Dharma-Varada and Pattanada Halla-Shalmala Halla link projects. Also, the local Gram and Taluk Panchayats have passed a resolution against the project implementation.

The adverse effects that will be caused by the interlinking of rivers and diversions from the ecologically sensitive Western Ghats terrain, are not to be overlooked.

Providing an additional volume of 524 MCM of water by diverting it from the west-flowing rivers into the left bank canal command area of the Tungabhadra Project does not make any sense.

This is because the brackish groundwater there has attained the critical depth of less than 1.5 m from the surface and acute soil salinity has developed, due to extensive irrigation facilities already provided.

Measures to deplete the water table need to be taken in such areas and waterlogging should never be allowed. Otherwise, there will be additional conversion of fertile and potential agricultural land into perpetually non-productive, water-logged, saline insipid barren land.

Advocates of interlinking of rivers should have a clear perception of such damages that may be caused to a very agricultural economy. Hence, the diversion of the west-flowing river water to the east is uncalled for.

There is a total lack of information provided in the DPR about geological, geophysical and geo-tectonic features related to the conditions of the terrain, the magnitude of catastrophic damages to the environment, ecology, forest wealth, climate, aquatic lives, etc.

The DPR under such a condition has to be virtually negated and rejected. After all, man cannot go against nature.