How can you make a westward-flowing river flow east: Activists on Bedti-Varada interlinking 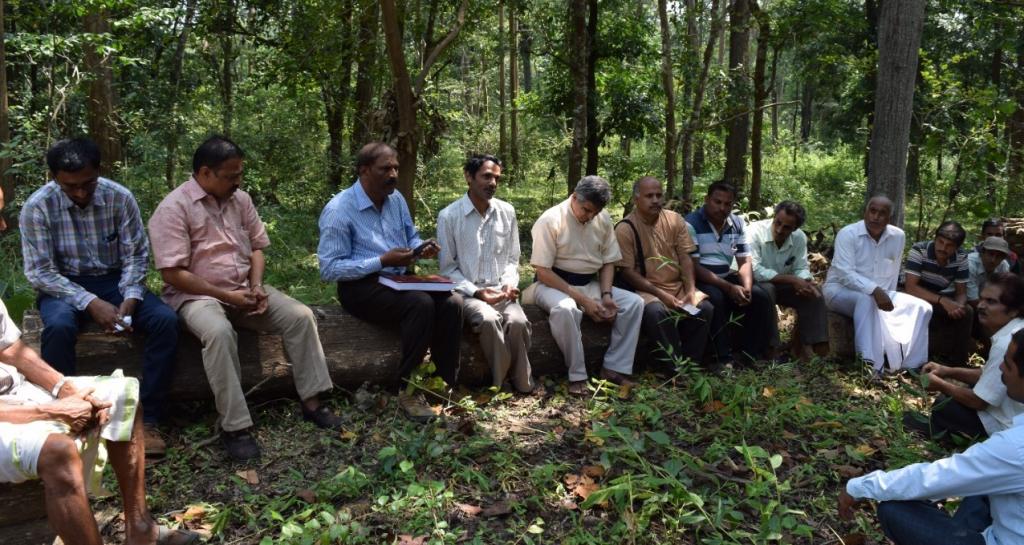 Environmental groups in Karnataka have criticised the project to link the Bedti and Varada rivers in Karnataka, calling it ‘unscientific’ and a ‘waste of public money’. Thousands of people had protested the project June 14, 2022.

The activists have also claimed that the project, once completed, will not ensure water to the places that are intended to be the beneficiaries. It would only benefit contractors, cement, iron and granite industries as well as politicians’ lobbying groups, they pointed out.

Read Down To Earth’s coverage on river interlinking

“The one assured result of the project is catastrophic damage to the environment. There is a need to study the feasibility of this project. From what I know, the targeted beneficiaries do not really require water,” Panduranga Hegde environmentalist, told this reporter.

“Over 500 acres of forests will be lost. The end result will be that there will still be no water. Both rivers do not have so much water to feed three districts for both domestic and farming purposes. There are better ways to manage their water resources,” Hegde added.

The Bedti-Varada project was envisaged in 1992 as one to supply drinking water by the then government.

However, protests have gathered steam only after former Karnataka Chief Minister BS Yeddyurappa announced its revival in his budget speech in 2021, at a cost of Rs 2,194.29 crore.

The plan aims to link the Bedti, a river flowing west into the Arabian Sea, with the Varada, a tributary of the Tungabhadra river, which flows into the Krishna, which in turn flows into the Bay of Bengal.

A massive dam will be erected at Hirevadatti in Gadag district under the project. A second dam will be built on the Pattanahalla river at Menasagoda in Sirsi, Uttara Kannada district.

Both dams will take water to the Varada via tunnels of length 6.3 kilometres and 2.2-km. The water will reach at a place called Kengre. It will then go down a 6.88 km tunnel to Hakkalumane, where it will join the Varada.

However, the plan is not as straightforward as the National Water Development Agency (NWDA), has claimed, according to Anant Hegde Asishar, who is leading the movement against the project, said.

It would need 61 megawatts of power to pull the water all the way to Gadag. Even after this, it is unknown whether the water would reach Gadag.

“It is difficult to redirect a westward-flowing river to flow eastward. In February, which is early summer, the Bedti and Varada rivers begin to dry up. It is a sad irony that government scientists plan to interconnect these rivers under the pretext of providing drinking water despite knowing well that they do not flow all year,” Asishar said.

“It was a cut-and-paste job. This DPR document is not accurate as it was drawn without assessing the availability of water and quoting the observation of the NWDA report on the interconnection of the Bedti-Aghanashini and Varada rivers,” he said.

In addition, flora and fauna will also suffer due to this project. The Bedti valley has been designated as an active biodiversity zone by the International Union for Conservation of Nature.

“The area is home to 1,741 types of flowering plants as well as 420 species of birds and animals. The nutrients that the river carries with it are responsible for sustaining fish stocks, especially in the Bedti’s estuary in Dedi. The river valley serves as a corridor for around 35 different animal species,” Hegde said. The Bedti is known as Gangavali in the estuary region.

The Bedti and Varada rivers are also lifelines for thousands of farmers in the Malenadu region, the foothills of the Western Ghats, in addition to fishing communities along the coast.

However, top irrigation department officials said on the condition of anonymity that it was the management of water sources that mattered. They added that the region will have enough water for both Sirsi and the three arid districts, after the dams and weirs are built.

The environmentalist groups said none of the 30 river-linking projects completed in the last 20 years were operational. The Rs 24,000 crore initiative to bring thousand million cubic feet of water from Yettinaholey to Kolar was a living example.