World Rivers Day: Does a river exist for us only when it floods?

It’s important to spread river education in its totality, before dams and canals take over ‘rivers’ in the perception battle 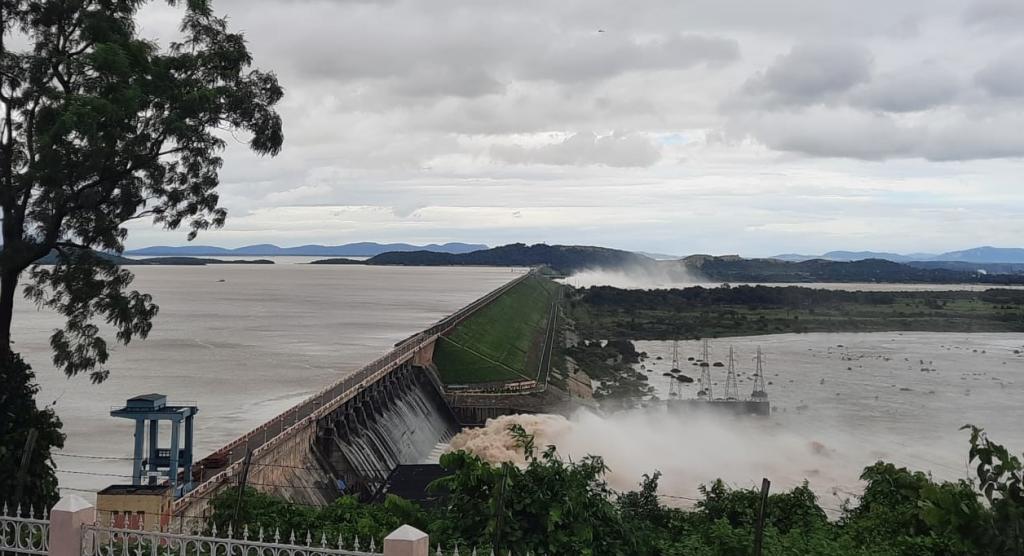 I live in a city whose existence and civilisation is a gift of the Mahanadi (‘great river’). My childhood is full of beautiful and sad memories of this great water body which has been like a mother to me.

During summers, when the school’s closing bell rang, the first thing that came to our mind was to rush to the river — in groups of tens and twenties — and dive into the dry river’s remaining patches of water.

The water was smelly but we were hardly bothered. It did not make our skin itch as much as it does to people now. The only pollution that the river was subjected to by humans was riverside defecation.

Swimming for hours tested our skills and thrilled us each time we dove into the waters. As we reached home, our red, swollen eyes — the result of long hours of swimming — caused our parents to become angry. But we never stopped repeating the mistake.

This ‘mistake’ — which actually had the indirect approval of our parents — was for the good of us. It helped us build an intricate relationship with our river. The parents’ anger was for the overdoing of the act, not for the fact that we swam. We were born swimmers. The sad part is we also got injured many times because the Mahanadi has a stony bed at Sambalpur, Odisha.

Now, in my fifties, I see a new river. It’s difficult to venture into it. It suffers from new forms of pollution that are not good for our health. But thousands still bathe in the river on my city’s ghats even now.

The poor and slum dwellers still have a daily connect with the river. So do the fisherfolk. Their number has drastically reduced though. The boatmen have vanished, as have the natural shorelines.

The river has changed, with embankments coming up all through in the name of flood control. Some river front developments have taken place, mostly concrete structures.

All the natural waterways that brought water to the river have transformed into drainage lines. Some of them performed this duty earlier too. But now, almost all the rivulets that feed into Mahanadi in Sambalpur have turned into sewer lines.

My river has a new image and my children have a new relationship with it. It’s only once in a while that they drive by the river, on the ring road (flood embankment), to enjoy the setting sun. A new bridge across the river, constructed by displacing a few urban poor families, is a new sightseeing place for the young and old alike.

The dam is the river now

An overflowing Mahanadi, only seen during a good monsoon year, is a delight for many and it helps the street food vendors earn extra bucks on a few days during the monsoon. But the river is throwing floodwaters into the city more often than before.

The Hirakud dam, just upstream of the city, causes frequent flooding and people in the inundated areas curse it. That was not the case when there was no dam, an elderly fisherman living on the riverbank in Sambalpur had told me once.

But flooding due to the dam has become a nightmare for many city dwellers. Extreme precipitation events have aggravated the devastation in recent years.

Today, we remember a river only when it floods or when it’s overflowing (supposedly). We don’t share a relationship with it when it’s dry. In practical terms, the dam is the river now.

But they don’t cry foul when the river is dry, stinky and when the wastewater discharge into the river is more pronouncedly visible: during the summer months.

The people who still bathe in the Mahanadi may be ruing over the summer woes of the river but they are not part of the public whose opinion counts. They are busy earning their livelihoods on a daily basis and are the invisible workforce of the city.

The day they get houses with bathrooms and toilets and piped water connections, they might also start forgetting the river.

The question then arises: will we forget our river when we have its waters in our homes? My interactions with young people makes me feel so.

In a recent interaction with youngsters of the city, I found them concerned about the Bengaluru floods, Delhi floods and Mahanadi floods but not about the state of a river when it’s dry.

Tropical rivers run dry. That’s natural. But that does not mean they are to be turned into dumping yards and they stop supporting the biodiversity that they have been traditionally doing.

They don’t cease to exist as part of an ecosystem that has an intimate relationship with other commons such as lakes, waterbodies, floodplains, so on and so forth.

During the interaction, a boy came to me and told me how the headwaters of the Thames ran dry this year and how drought in Europe was sucking up rivers there.

That’s good. Young people talking about rivers is welcome. But increasing their understanding about our rivers, the local ones among others, is sine qua non.

That’s if we are serious about our survival and sustainable living. It’s important to spread river education in its totality, before dams and canals take over ‘rivers’ in the perception battle.

Ranjan Panda of Water Initiative Odisha, is a researcher, environmentalist and activist