What it takes to deliver midday meal 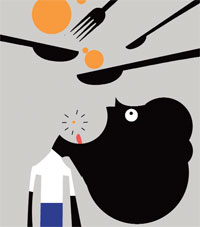 The tragic loss of 23 young lives because of contaminated food in a Bihar school is unacceptable. But it is also a fact that the Mid Day Meal Scheme, under which cooked food is compulsorily provided to children in government schools, is too important and critical to give up on. The only questions that matter are: why does the scheme not work as well as it should and what can be done to fix it?

The answers are complicated. Providing nutritious food to children in schools helps address two key problems; hunger and education. Progressive political leaders found the answers in their states. In 1982, M G Ramachandran, the then chief minister of Tamil Nadu, set up the nutritious meal programme. It is legendary that he took deep interest in the working of the scheme. Former district officials will tell you of his surprise trips to schools and his fury if anything was found out of order. This was top priority, so it worked.

In the mid-1990s, the Central government adopted these ideas coming from different states and framed a national midday meal scheme. But nothing much happened. In 2001, the Supreme Court directed all governments to provide cooked food to all children in primary schools. Since then the scheme has evolved. The Central government agreed to provide free grain (rice and wheat) and funding for transport, cooking cost and recently even an honorarium for the cook. The state government is required to top up this funding; pay for vegetables and pulses; provide infrastructure in schools and manage affairs.

Be in no doubt that this is a big and complex affair. It is estimated that some 117 million children studying up to standard 8 are fed cooked meals every day in some 1.26 million schools and other such centres. The scheme, according to government figures, provides employment to some 2.6 million cooks and helpers. The operations are complicated. Money comes from the Centre in four instalments to states; it then reaches districts and individual schools based on enrolment, off-take and spending. Grain is procured from the storehouse of the Food Corporation of India, transported to districts and then to schools. There are detailed guidelines on how this will work and who will oversee it and even taste the food before serving. It would be difficult to find a parallel in the world for the scale and deployment under this scheme.

But the question remains. Children died in Bihar. There is evidence from many other places that food is not hygienic or nutritious. More seriously, persistent malnutrition continues to shame the country. So what is wrong?

Let me point out the directions in which we should not look for answers. One, we should not look for more schemes or new schemes to replace the old. Two, we should not stop cooking food and replace it with what is considered to be more feasible to supply—biscuits and packaged food that comes from large and small corporates. There is a big push for this. It is not surprising since many eye the Rs 10,000 crore annual budget for meals under the scheme.

The solution is to get down to fixing what is broken. First, focus on what is now called old-fashioned governance, which prioritised the deliverables and then obsessed about how it was being done. It is clear from the states where the programme is working successfully that it requires attention to detail; it needs involvement of those placed the highest in the land—surprise visits, inspections and reports. This will send the signal to the system—however much in disrepair—that food for children is priority.

This also means that state governments—ministers and chief ministers—must have greater reputational advantage of getting the delivery right. In the current system nobody gets the kudos for doing it well, but everybody is running away from the blame.

Second, focus on the paraphernalia of delivery. We put every conceivable scheme in the hands of the hapless (and now increasingly corrupt) local panchayats—each sarpanch manages some 80 different accounts and some 150 different schemes. But there is absolutely no effort to invest in the management support functions of these bodies. If we believe—as we must—that the best institutions for governance are communities then it is time to fix their office. Stop thinking that it is low-cost and voluntary. Management takes money and people. Invest there.

Third, focus on money itself so that we can achieve the change we desire. The Central government pays close to Rs 3 for each primary school child and a little more than Rs 4 for older kids. This is in addition to transport costs (at 2006 rates) and Rs 1,000 per month for cooks and helpers. In Tamil Nadu, the midday meal organiser gets Rs 7,000 per month and the cook and helper are paid Rs 5,000 each. Clearly, this is what it takes. Instead, we short-change our programmes. This is also because we have inefficient delivery and we then have to spread what is available so thinly that it does not really make a difference.

It is ironical that two decades after Rajiv Gandhi’s famous and oft-quoted statement that out of every Rs 1 spent on development only 15 paisa reaches the poor, we know nothing more about where it goes and why. Instead, all we have done is to create new schemes. Not just every new government but every new minister now wants his or her own programme. All driven from the top, while the bottom is hollowed out.

Minutes of the meeting of the Programme Approval Board - Mid Day Meal held on 23.04.2013